Dr Jekyll and Mr Hyde: a case of epilepsy in the late nineteenth century 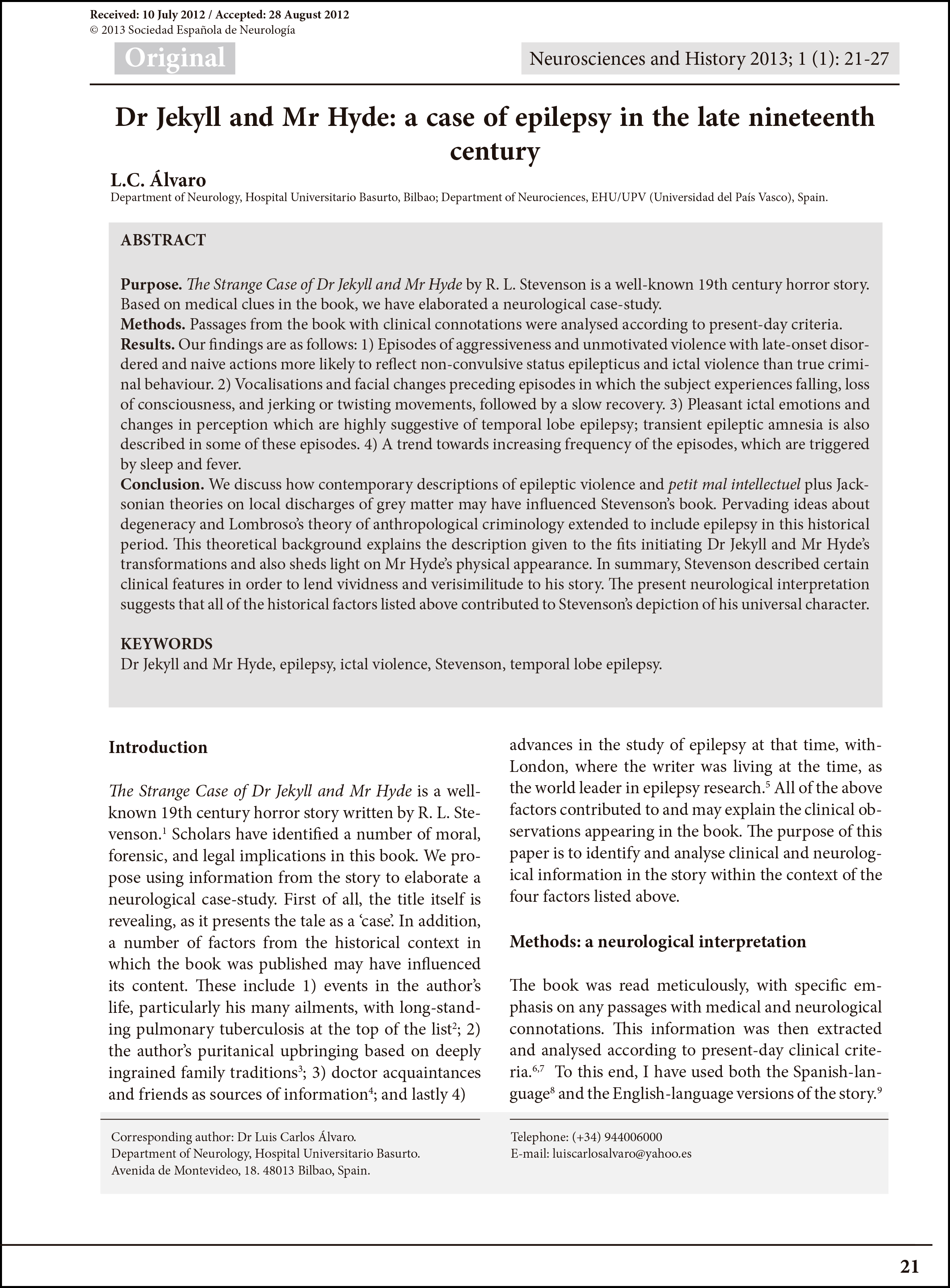 Purpose. The Strange Case of Dr Jekyll and Mr Hyde by R. L. Stevenson is a well-known 19th century horror story. Based on medical clues in the book, we have elaborated a neurological case-study.

Methods. Passages from the book with clinical connotations were analysed according to present-day criteria.

Results. Our findings are as follows: 1) Episodes of aggressiveness and unmotivated violence with late-onset disordered and naive actions more likely to reflect non-convulsive status epilepticus and ictal violence than true criminal behaviour. 2) Vocalisations and facial changes preceding episodes in which the subject experiences falling, loss of consciousness, and jerking or twisting movements, followed by a slow recovery. 3) Pleasant ictal emotions and changes in perception which are highly suggestive of temporal lobe epilepsy; transient epileptic amnesia is also described in some of these episodes. 4) A trend towards increasing frequency of the episodes, which are triggered by sleep and fever.

Conclusion. We discuss how contemporary descriptions of epileptic violence and petit mal intellectuel plus Jacksonian theories on local discharges of grey matter may have influenced Stevenson’s book. Pervading ideas about degeneracy and Lombroso’s theory of anthropological criminology extended to include epilepsy in this historical period. This theoretical background explains the description given to the fits initiating Dr Jekyll and Mr Hyde’s transformations and also sheds light on Mr Hyde’s physical appearance. In summary, Stevenson described certain clinical features in order to lend vividness and verisimilitude to his story. The present neurological interpretation suggests that all of the historical factors listed above contributed to Stevenson’s depiction of his universal character.