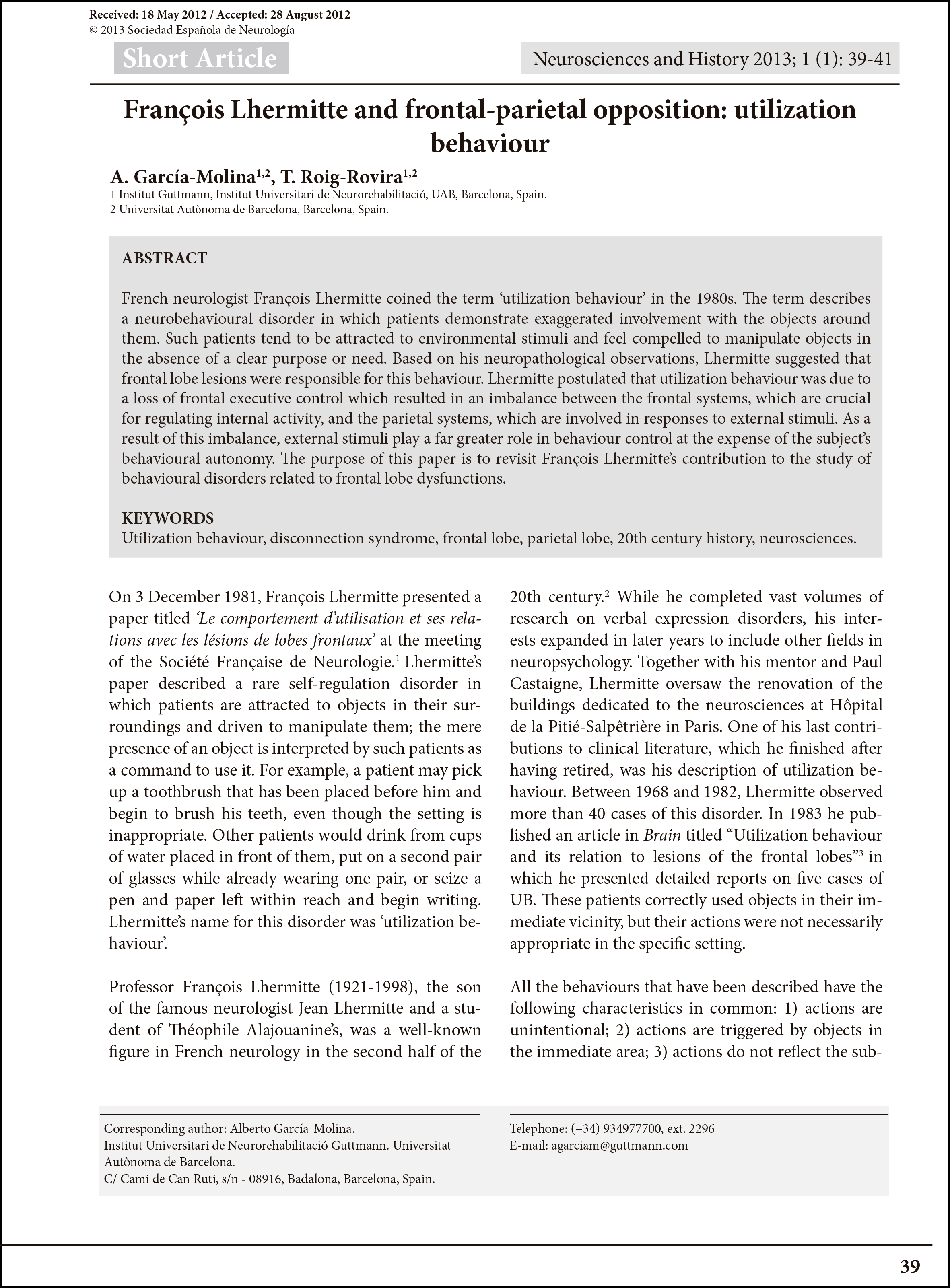 French neurologist François Lhermitte coined the term ‘utilization behaviour’ in the 1980s. The term describes a neurobehavioural disorder in which patients demonstrate exaggerated involvement with the objects around them. Such patients tend to be attracted to environmental stimuli and feel compelled to manipulate objects in the absence of a clear purpose or need. Based on his neuropathological observations, Lhermitte suggested that frontal lobe lesions were responsible for this behaviour. Lhermitte postulated that utilization behaviour was due to a loss of frontal executive control which resulted in an imbalance between the frontal systems, which are crucial for regulating internal activity, and the parietal systems, which are involved in responses to external stimuli. As a result of this imbalance, external stimuli play a far greater role in behaviour control at the expense of the subject’s behavioural autonomy. The purpose of this paper is to revisit François Lhermitte’s contribution to the study of behavioural disorders related to frontal lobe dysfunctions.