Stroke in the late 19th and early 20th centuries: a clinical and therapeutic review 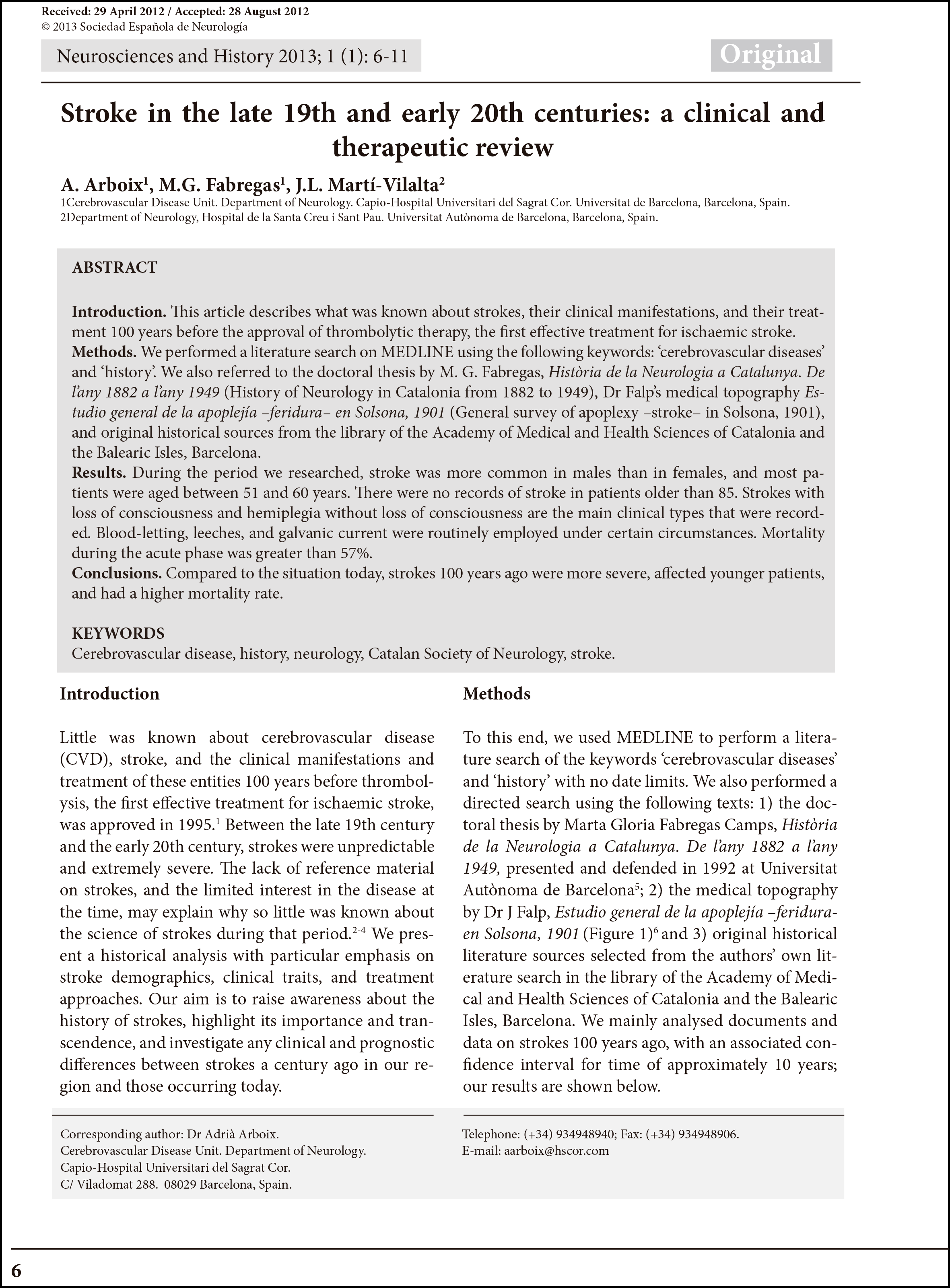 Introduction. This article describes what was known about strokes, their clinical manifestations, and their treatment 100 years before the approval of thrombolytic therapy, the first effective treatment for ischaemic stroke.

Methods. We performed a literature search on MEDLINE using the following keywords: ‘cerebrovascular diseases’ and ‘history’. We also referred to the doctoral thesis by M. G. Fabregas, Història de la Neurologia a Catalunya. De l’any 1882 a l’any 1949 (History of Neurology in Catalonia from 1882 to 1949), Dr Falp’s medical topography Estudio general de la apoplejía –feridura– en Solsona, 1901 (General survey of apoplexy –stroke– in Solsona, 1901), and original historical sources from the library of the Academy of Medical and Health Sciences of Catalonia and the Balearic Isles, Barcelona.

Results. During the period we researched, stroke was more common in males than in females, and most patients were aged between 51 and 60 years. There were no records of stroke in patients older than 85. Strokes with loss of consciousness and hemiplegia without loss of consciousness are the main clinical types that were recorded. Blood-letting, leeches, and galvanic current were routinely employed under certain circumstances. Mortality during the acute phase was greater than 57%.

Conclusions. Compared to the situation today, strokes 100 years ago were more severe, affected younger patients, and had a higher mortality rate.