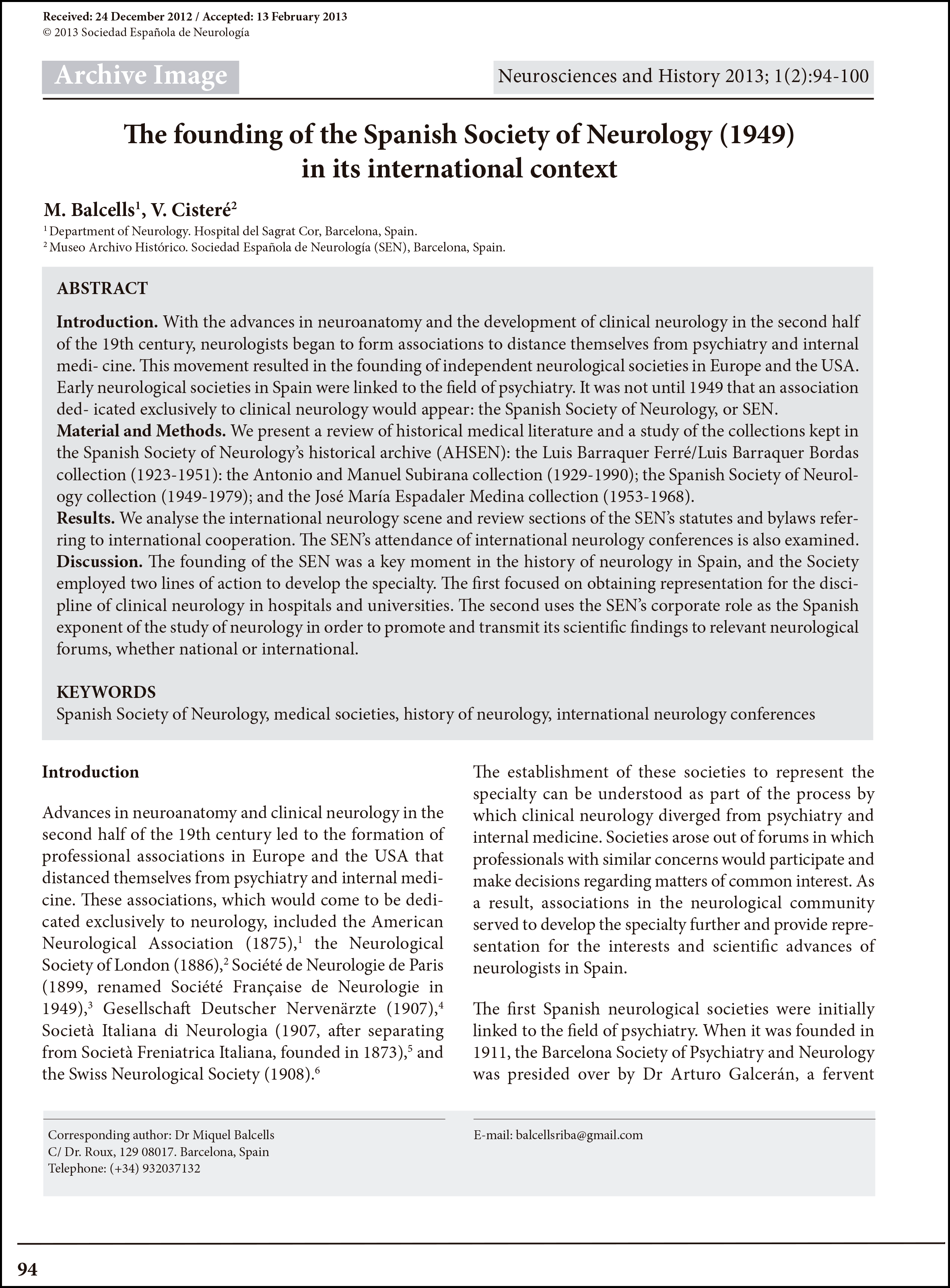 Introduction. With the advances in neuroanatomy and the development of clinical neurology in the second half of the 19th century, neurologists began to form associations to distance themselves from psychiatry and internal medicine. This movement resulted in the founding of independent neurological societies in Europe and the USA. Early neurological societies in Spain were linked to the field of psychiatry. It was not until 1949 that an association dedicated exclusively to clinical neurology would appear: the Spanish Society of Neurology, or SEN.