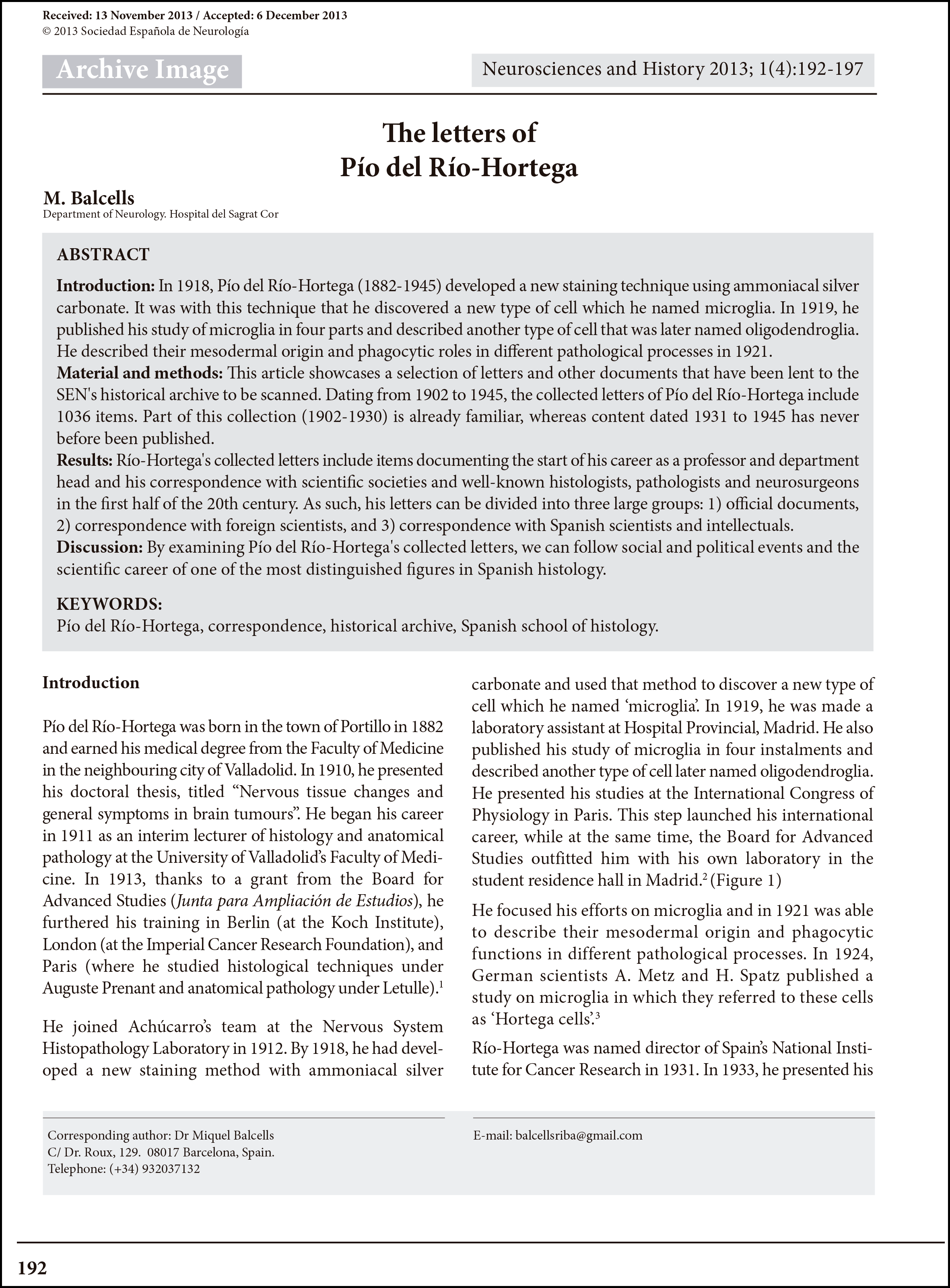 Introduction: In 1918, Pío del Río-Hortega (1882-1945) developed a new staining technique using ammoniacal silver carbonate. It was with this technique that he discovered a new type of cell which he named microglia. In 1919, he published his study of microglia in four parts and described another type of cell that was later named oligodendroglia. He described their mesodermal origin and phagocytic roles in different pathological processes in 1921.

Material and methods: This article showcases a selection of letters and other documents that have been lent to the SEN's historical archive to be scanned. Dating from 1902 to 1945, the collected letters of Pío del Río-Hortega include 1036 items. Part of this collection (1902-1930) is already familiar, whereas content dated 1931 to 1945 has never before been published.

Results: Río-Hortega's collected letters include items documenting the start of his career as a professor and department head and his correspondence with scientific societies and well-known histologists, pathologists and neurosurgeons in the first half of the 20th century. As such, his letters can be divided into three large groups: 1) official documents, 2) correspondence with foreign scientists, and 3) correspondence with Spanish scientists and intellectuals.

Discussion: By examining Pío del Río-Hortega's collected letters, we can follow social and political events and the scientific career of one of the most distinguished figures in Spanish histology.