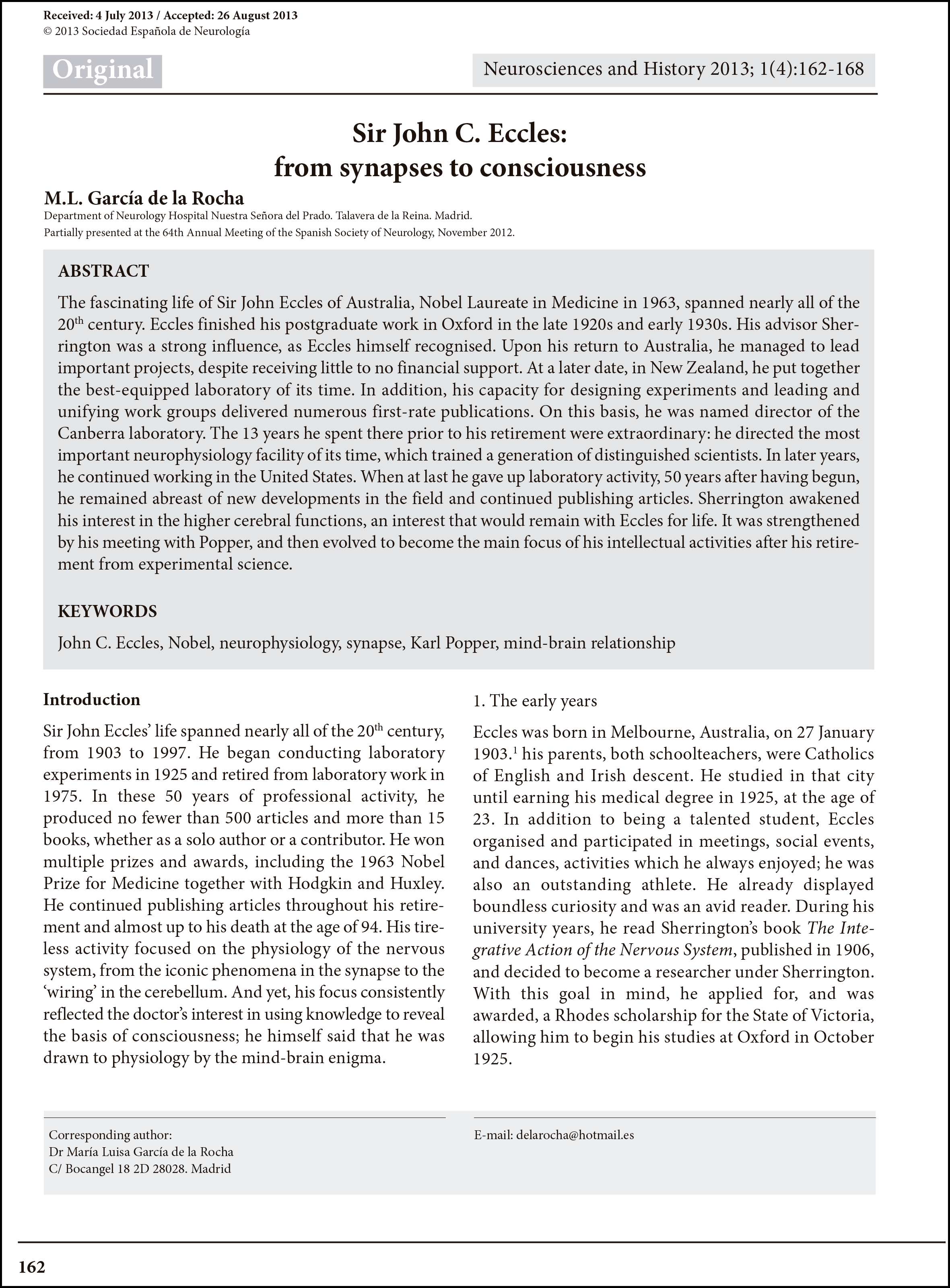 The fascinating life of Sir John Eccles of Australia, Nobel Laureate in Medicine in 1963, spanned nearly all of the 20th century. Eccles finished his postgraduate work in Oxford in the late 1920s and early 1930s. His advisor Sherrington was a strong influence, as Eccles himself recognised. Upon his return to Australia, he managed to lead important projects, despite receiving little to no financial support. At a later date, in New Zealand, he put together the best-equipped laboratory of its time. In addition, his capacity for designing experiments and leading and unifying work groups delivered numerous first-rate publications. On this basis, he was named director of the Canberra laboratory. The 13 years he spent there prior to his retirement were extraordinary: he directed the most important neurophysiology facility of its time, which trained a generation of distinguished scientists. In later years, he continued working in the United States. When at last he gave up laboratory activity, 50 years after having begun, he remained abreast of new developments in the field and continued publishing articles. Sherrington awakened his interest in the higher cerebral functions, an interest that would remain with Eccles for life. It was strengthened by his meeting with Popper, and then evolved to become the main focus of his intellectual activities after his retirement from experimental science.