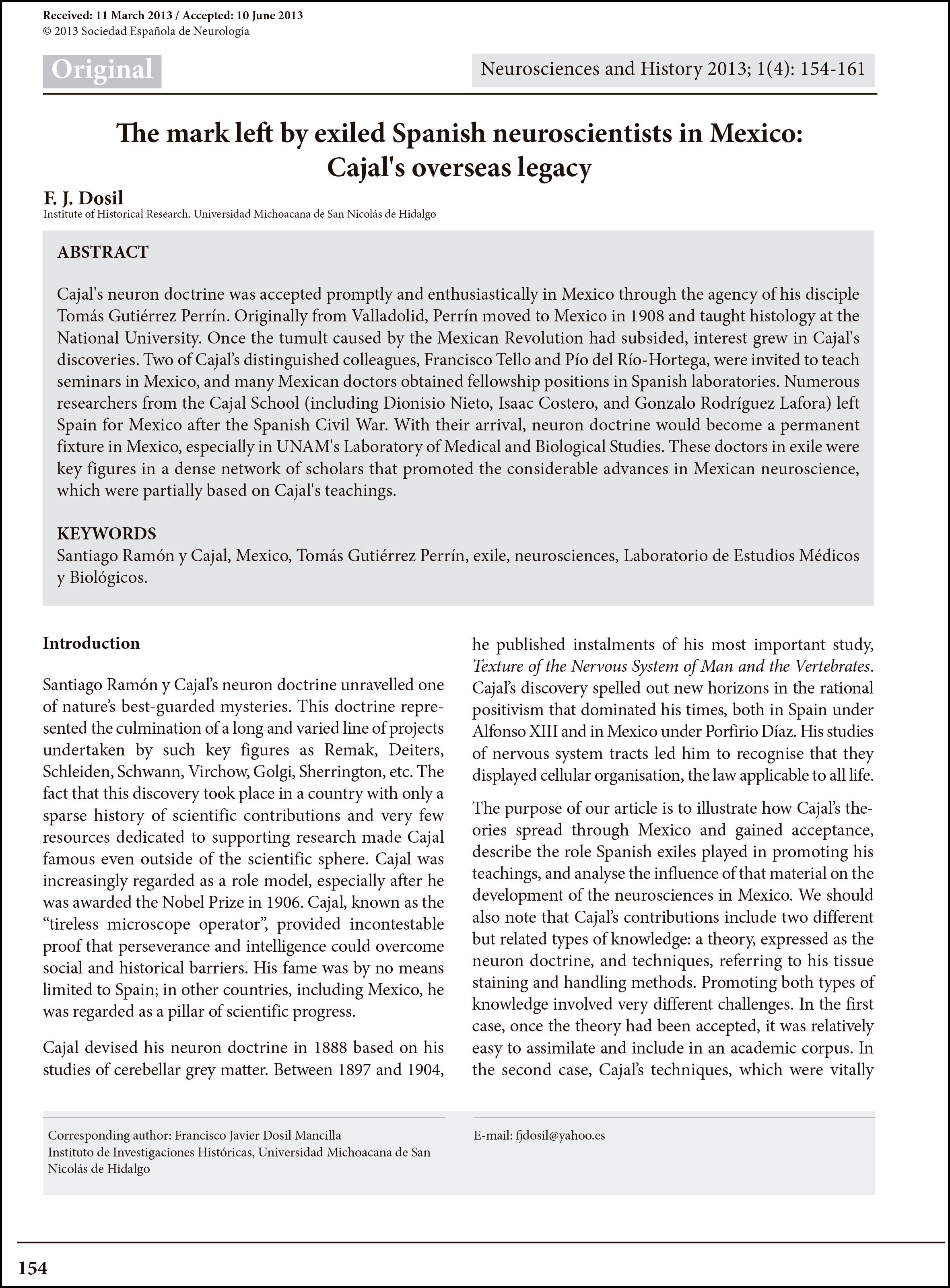 Cajal's neuron doctrine was accepted promptly and enthusiastically in Mexico through the agency of his disciple Tomás Gutiérrez Perrín. Originally from Valladolid, Perrín moved to Mexico in 1908 and taught histology at the National University. Once the tumult caused by the Mexican Revolution had subsided, interest grew in Cajal's discoveries. Two of Cajal’s distinguished colleagues, Francisco Tello and Pío del Río-Hortega, were invited to teach seminars in Mexico, and many Mexican doctors obtained fellowship positions in Spanish laboratories. Numerous researchers from the Cajal School (including Dionisio Nieto, Isaac Costero, and Gonzalo Rodríguez Lafora) left Spain for Mexico after the Spanish Civil War. With their arrival, neuron doctrine would become a permanent fixture in Mexico, especially in UNAM's Laboratory of Medical and Biological Studies. These doctors in exile were key figures in a dense network of scholars that promoted the considerable advances in Mexican neuroscience, which were partially based on Cajal's teachings.