The early years and development of electroencephalography in Spain 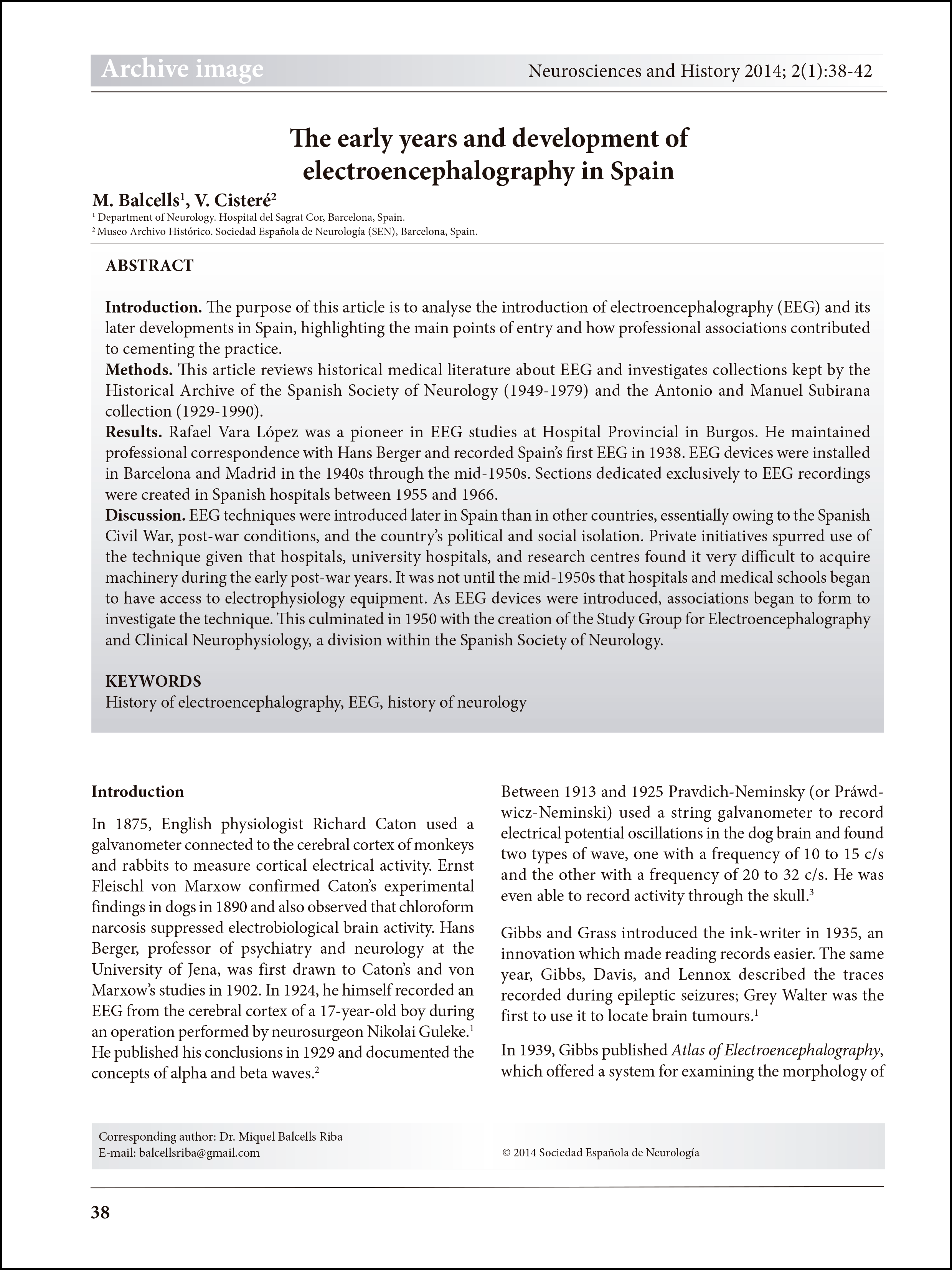 Introduction. The purpose of this article is to analyse the introduction of electroencephalography (EEG) and its later developments in Spain, highlighting the main points of entry and how professional associations contributed to cementing the practice.

Methods. This article reviews historical medical literature about EEG and investigates collections kept by the Historical Archive of the Spanish Society of Neurology (1949-1979) and the Antonio and Manuel Subirana collection (1929-1990).

Results. Rafael Vara López was a pioneer in EEG studies at Hospital Provincial in Burgos. He maintained professional correspondence with Hans Berger and recorded Spain’s first EEG in 1938. EEG devices were installed in Barcelona and Madrid in the 1940s through the mid-1950s. Sections dedicated exclusively to EEG recordings were created in Spanish hospitals between 1955 and 1966.

Discussion. EEG techniques were introduced later in Spain than in other countries, essentially owing to the Spanish Civil War, post-war conditions, and the country’s political and social isolation. Private initiatives spurred use of the technique given that hospitals, university hospitals, and research centres found it very difficult to acquire machinery during the early post-war years. It was not until the mid-1950s that hospitals and medical schools began to have access to electrophysiology equipment. As EEG devices were introduced, associations began to form to investigate the technique. This culminated in 1950 with the creation of the Study Group for Electroencephalography and Clinical Neurophysiology, a division within the Spanish Society of Neurology.