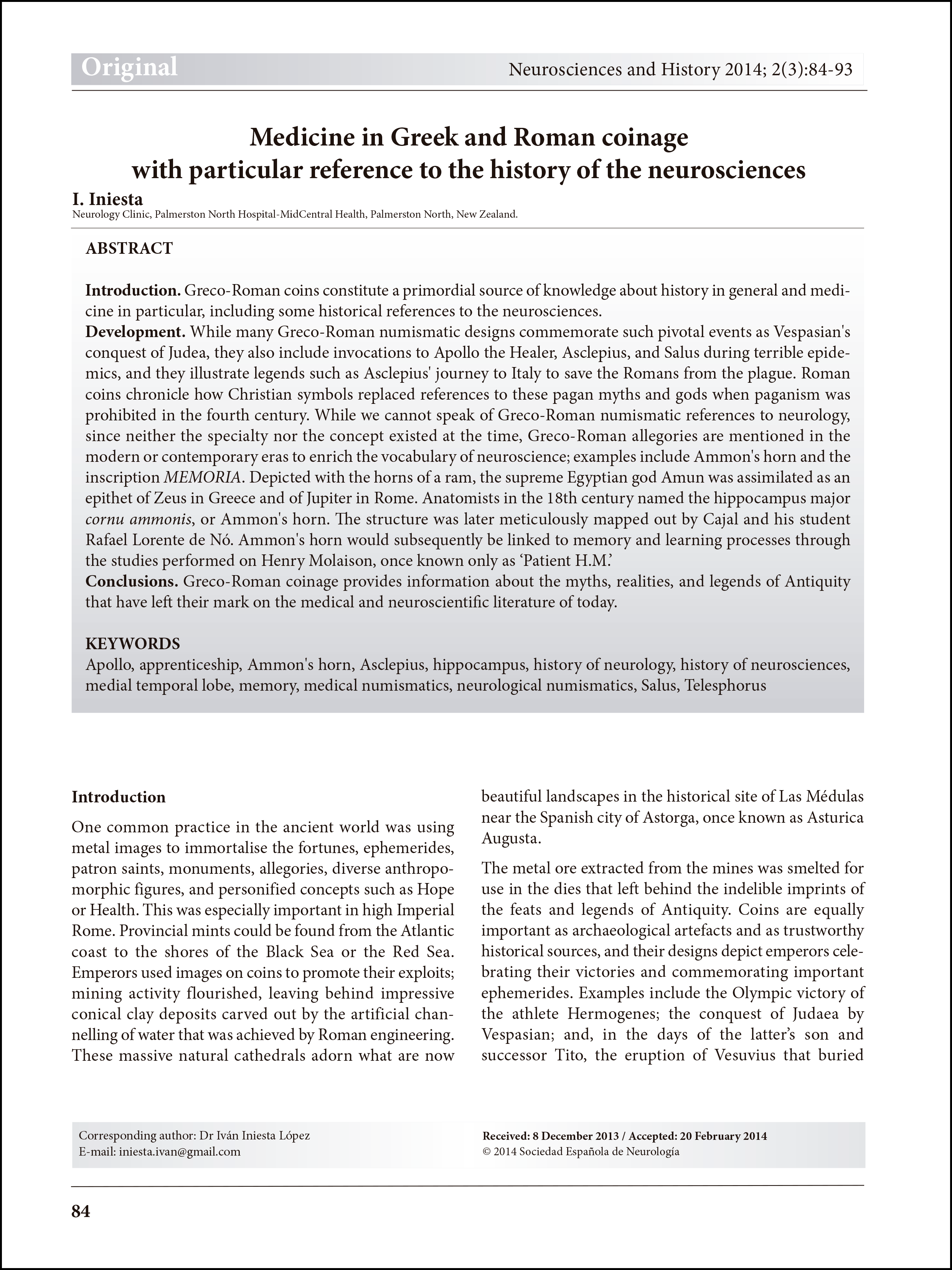 Introduction. Greco-Roman coins constitute a primordial source of knowledge about history in general and medicine in particular, including some historical references to the neurosciences.

Development. While many Greco-Roman numismatic designs commemorate such pivotal events as Vespasian's conquest of Judea, they also include invocations to Apollo the Healer, Asclepius, and Salus during terrible epidemics, and they illustrate legends such as Asclepius' journey to Italy to save the Romans from the plague. Roman coins chronicle how Christian symbols replaced references to these pagan myths and gods when paganism was prohibited in the fourth century. While we cannot speak of Greco-Roman numismatic references to neurology, since neither the specialty nor the concept existed at the time, Greco-Roman allegories are mentioned in the modern or contemporary eras to enrich the vocabulary of neuroscience; examples include Ammon's horn and the inscription MEMORIA. Depicted with the horns of a ram, the supreme Egyptian god Amun was assimilated as an epithet of Zeus in Greece and of Jupiter in Rome. Anatomists in the 18th century named the hippocampus major cornu ammonis, or Ammon's horn. The structure was later meticulously mapped out by Cajal and his student Rafael Lorente de Nó. Ammon's horn would subsequently be linked to memory and learning processes through the studies performed on Henry Molaison, once known only as ‘Patient H.M.’

Conclusions. Greco-Roman coinage provides information about the myths, realities, and legends of Antiquity that have left their mark on the medical and neuroscientific literature of today.