Neuropsychiatry and politics: the clash between Gonzalo R. Lafora and José María Villaverde 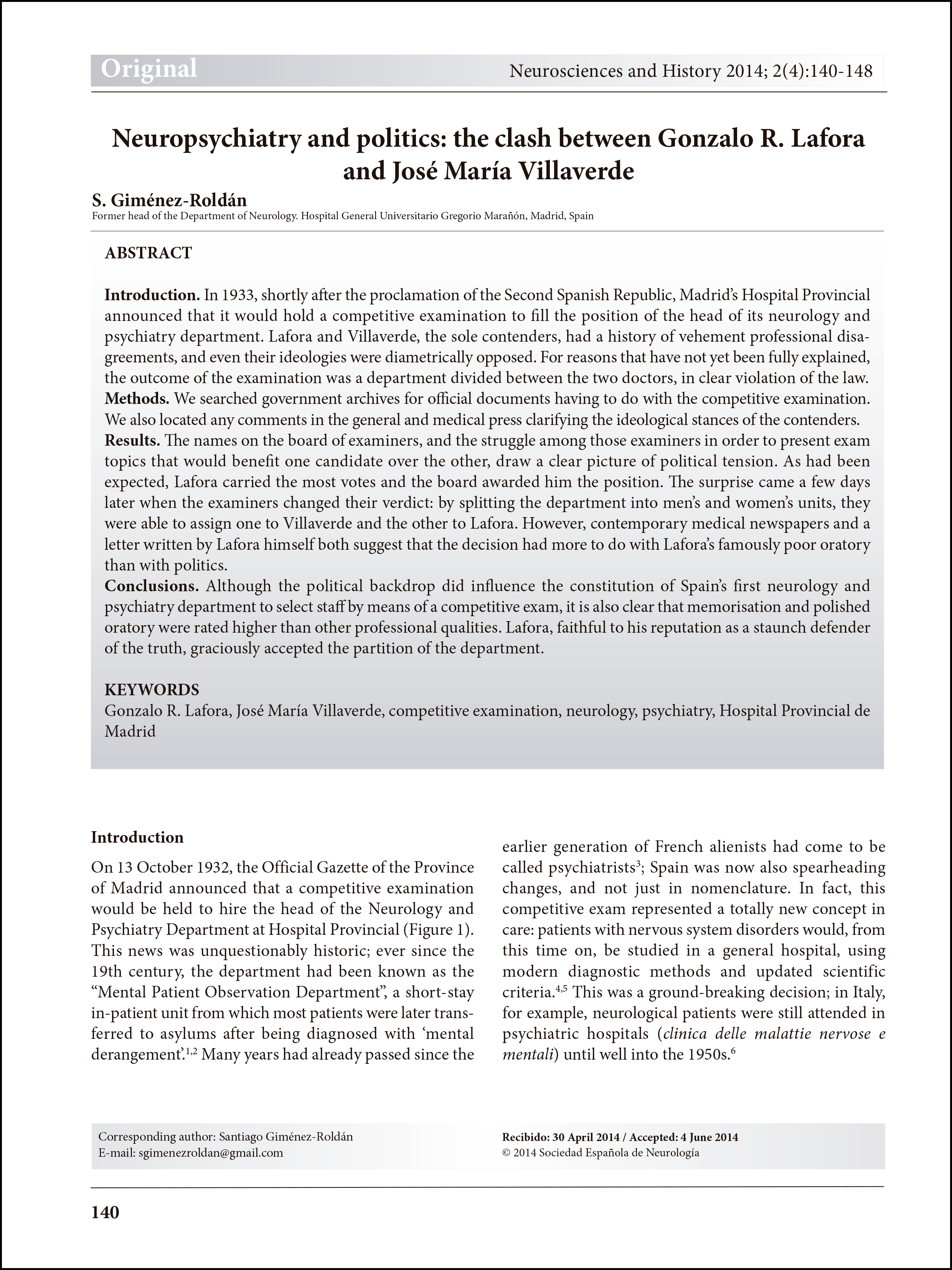 Introduction. In 1933, shortly after the proclamation of the Second Spanish Republic, Madrid's Hospital Provincial announced that it would hold a competitive examination to fill the position of the head of its neurology and psychiatry department. Lafora and Villaverde, the sole contenders, had a history of vehement professional disagreements, and even their ideologies were diametrically opposed. For reasons that have not yet been fully explained, the outcome of the examination was a department divided between the two doctors, in clear violation of the law.

Methods. We searched government archives for official documents having to do with the competitive examination. We also located any comments in the general and medical press clarifying the ideological stances of the contenders.

Results. The names on the board of examiners, and the struggle among those examiners in order to present exam topics that would benefit one candidate over the other, draw a clear picture of political tension. As had been expected, Lafora carried the most votes and the board awarded him the position. The surprise came a few days later when the examiners changed their verdict: by splitting the department into men's and women's units, they were able to assign one to Villaverde and the other to Lafora. However, contemporary medical newspapers and a letter written by Lafora himself both suggest that the decision had more to do with Lafora's famously poor oratory than with politics.

Conclusions. Although the political backdrop did influence the constitution of Spain's first neurology and psychiatry department to select staff by means of a competitive exam, it is also clear that memorisation and polished oratory were rated higher than other professional qualities. Lafora, faithful to his reputation as a staunch defender of the truth, graciously accepted the partition of the department.