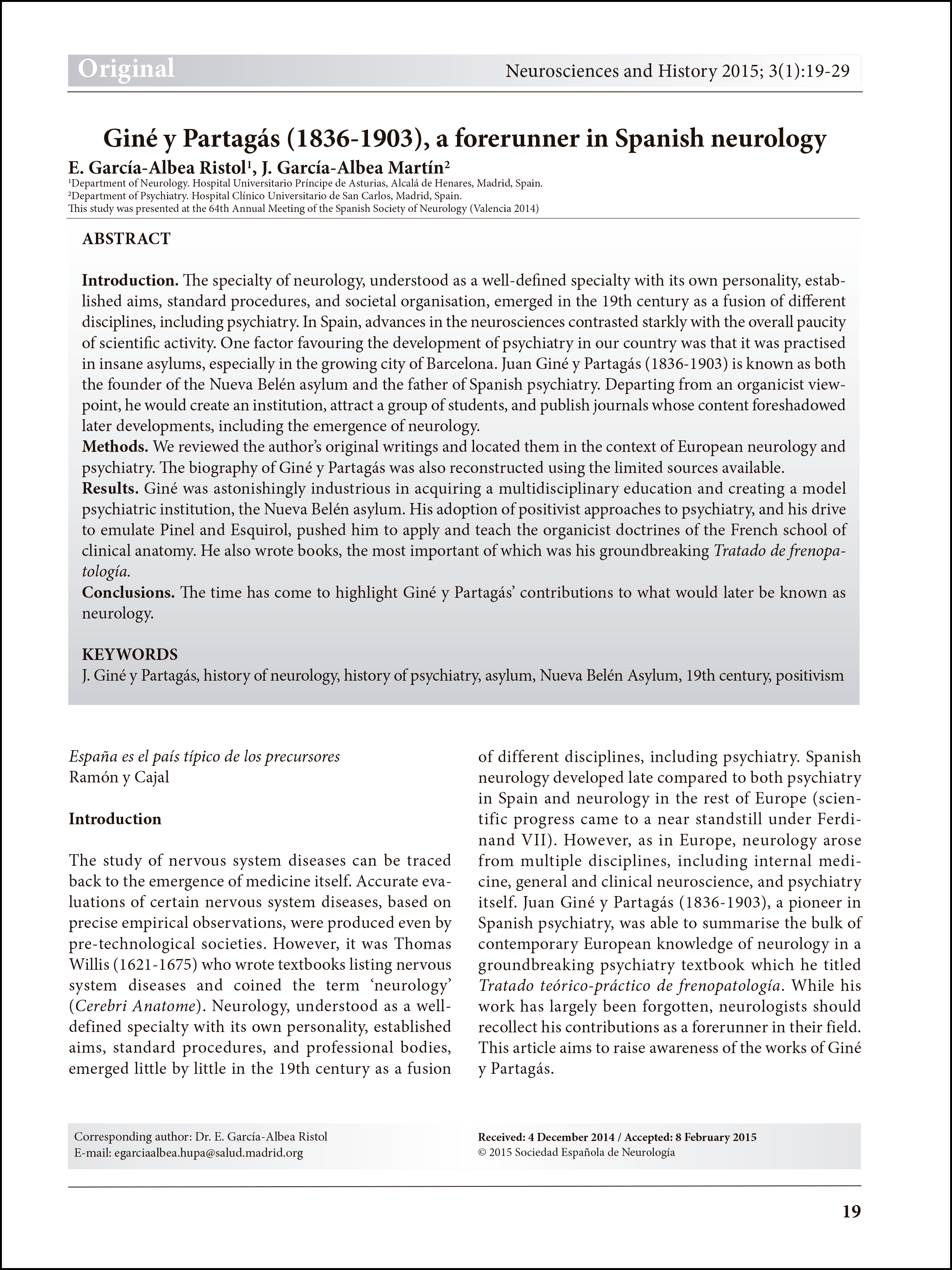 Introduction. The specialty of neurology, understood as a well-defined specialty with its own personality, established aims, standard procedures, and societal organisation, emerged in the 19th century as a fusion of different disciplines, including psychiatry. In Spain, advances in the neurosciences contrasted starkly with the overall paucity of scientific activity. One factor favouring the development of psychiatry in our country was that it was practiced in insane asylums, especially in the growing city of Barcelona. Juan Giné y Partagás (1836-1903) is known as both the founder of the Nueva Belén asylum and the father of Spanish psychiatry. Departing from an organicist viewpoint, he would create an institution, attract a group of students, and publish journals whose content foreshadowed later developments, including the emergence of neurology.

Methods. We reviewed the author’s original writings and located them in the context of European neurology and psychiatry. The biography of Giné y Partagás was also reconstructed using the limited sources available.

Results. Giné was astonishingly industrious in acquiring a multidisciplinary education and creating a model psychiatric institution, the Nueva Belén asylum. His adoption of positivist approaches to psychiatry, and his drive to emulate Pinel and Esquirol, pushed him to apply and teach the organicist doctrines of the French school of clinical anatomy. He also wrote books, the most important of which was his groundbreaking Tratado de frenopatología.

Conclusions. The time has come to highlight Giné y Partagás’ contributions to what would later be known as neurology.