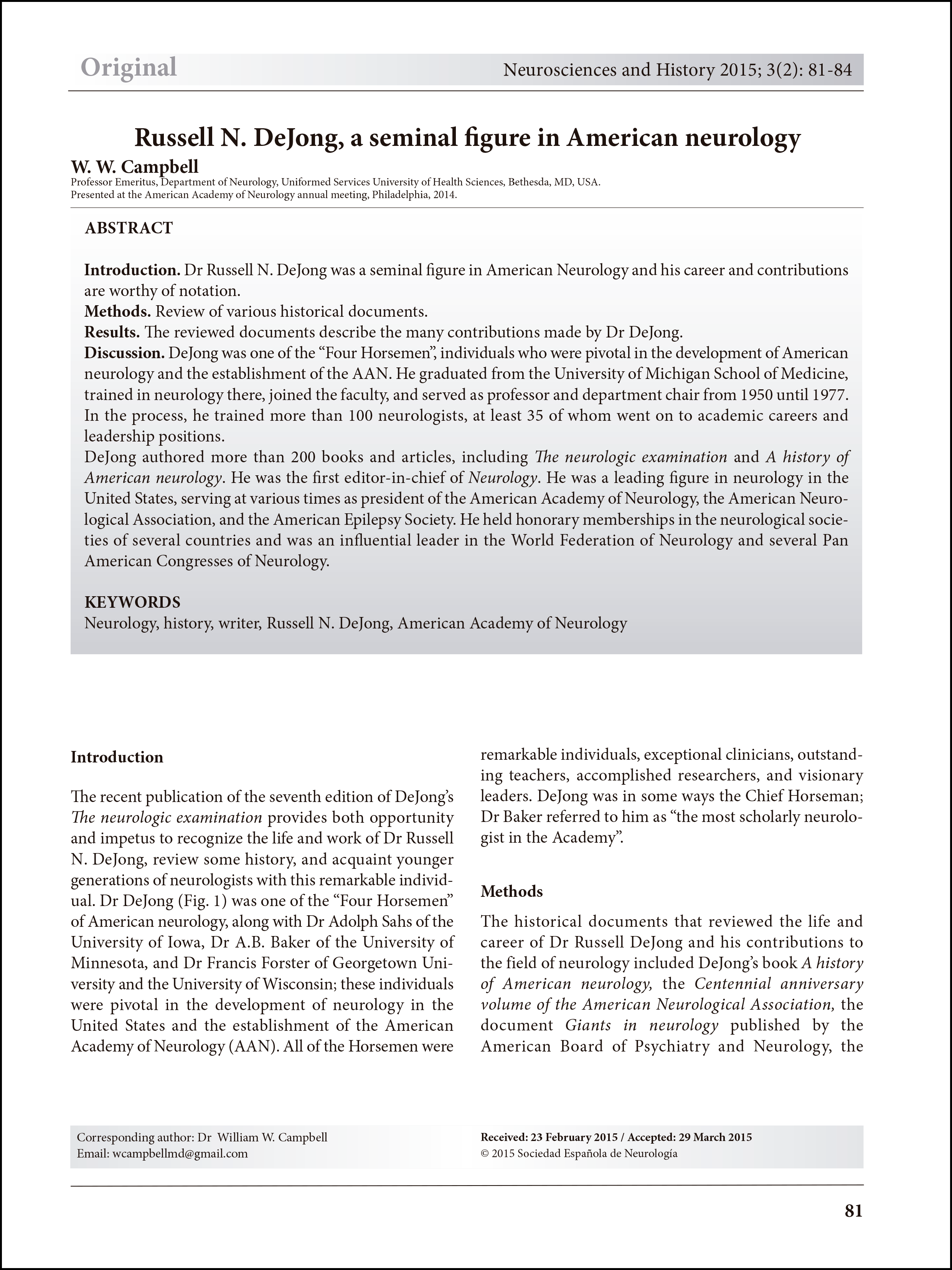 Introduction. Dr Russell N. DeJong was a seminal figure in American Neurology and his career and contributions are worthy of notation.

Results. The reviewed documents describe the many contributions made by Dr DeJong.

Discussion. DeJong was one of the “Four Horsemen”, individuals who were pivotal in the development of American neurology and the establishment of the AAN. He graduated from the University of Michigan School of Medicine, trained in neurology there, joined the faculty, and served as professor and department chair from 1950 until 1977. In the process, he trained more than 100 neurologists, at least 35 of whom went on to academic careers and leadership positions.