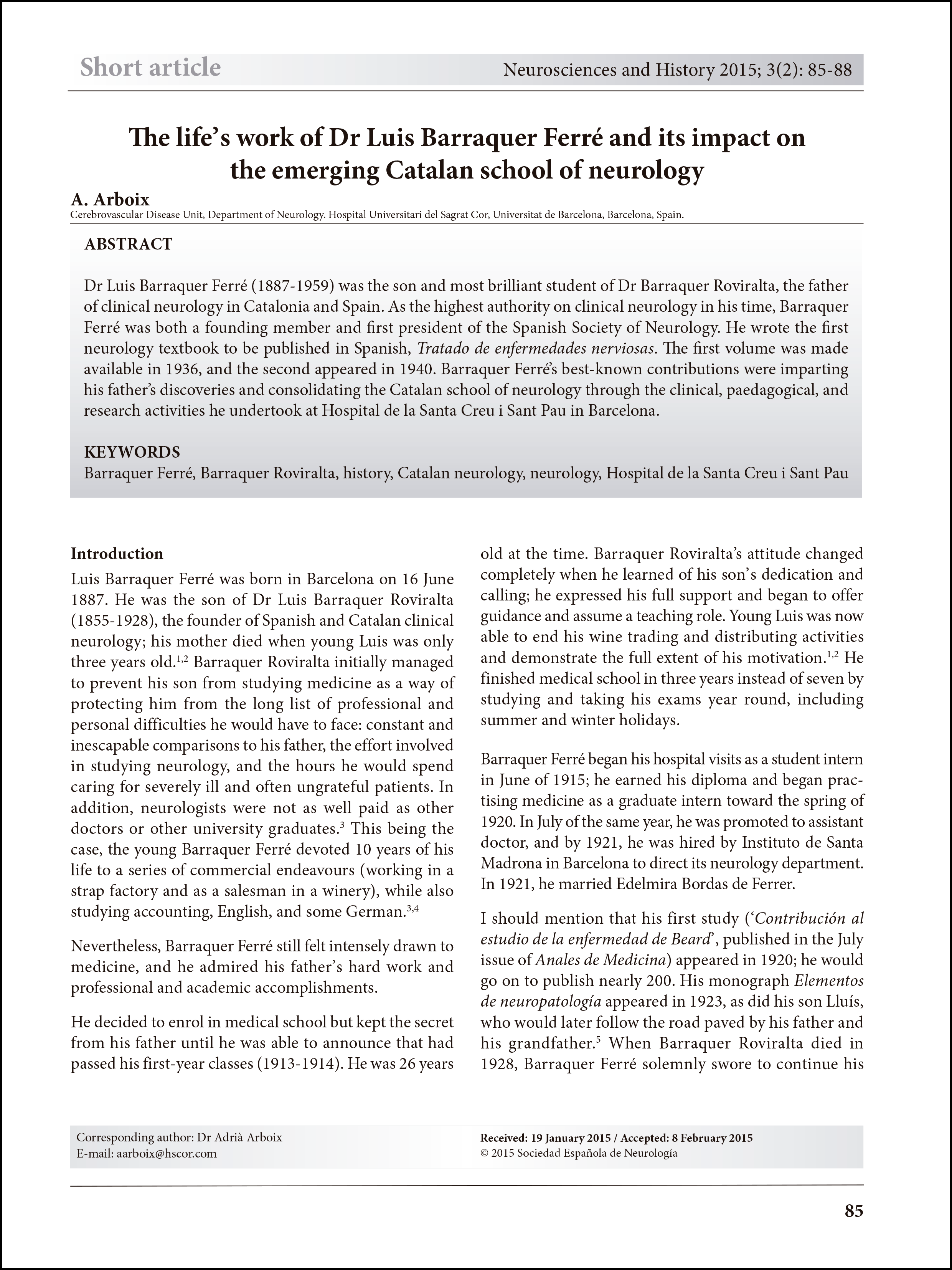 Dr Luis Barraquer Ferré (1887-1959) was the son and most brilliant student of Dr Barraquer Roviralta, the father of clinical neurology in Catalonia and Spain. As the highest authority on clinical neurology in his time, Barraquer Ferré was both a founding member and first president of the Spanish Society of Neurology. He wrote the first neurology textbook to be published in Spanish, Tratado de enfermedades nerviosas. The first volume was made available in 1936, and the second appeared in 1940. Barraquer Ferré's best-known contributions were imparting his father's discoveries and consolidating the Catalan school of neurology through the clinical, paedagogical, and research activities he undertook at Hospital de la Santa Creu i Sant Pau in Barcelona.