Pseudodementia, malingering and revenge in Ancient Greece: Odysseus and Palamedes 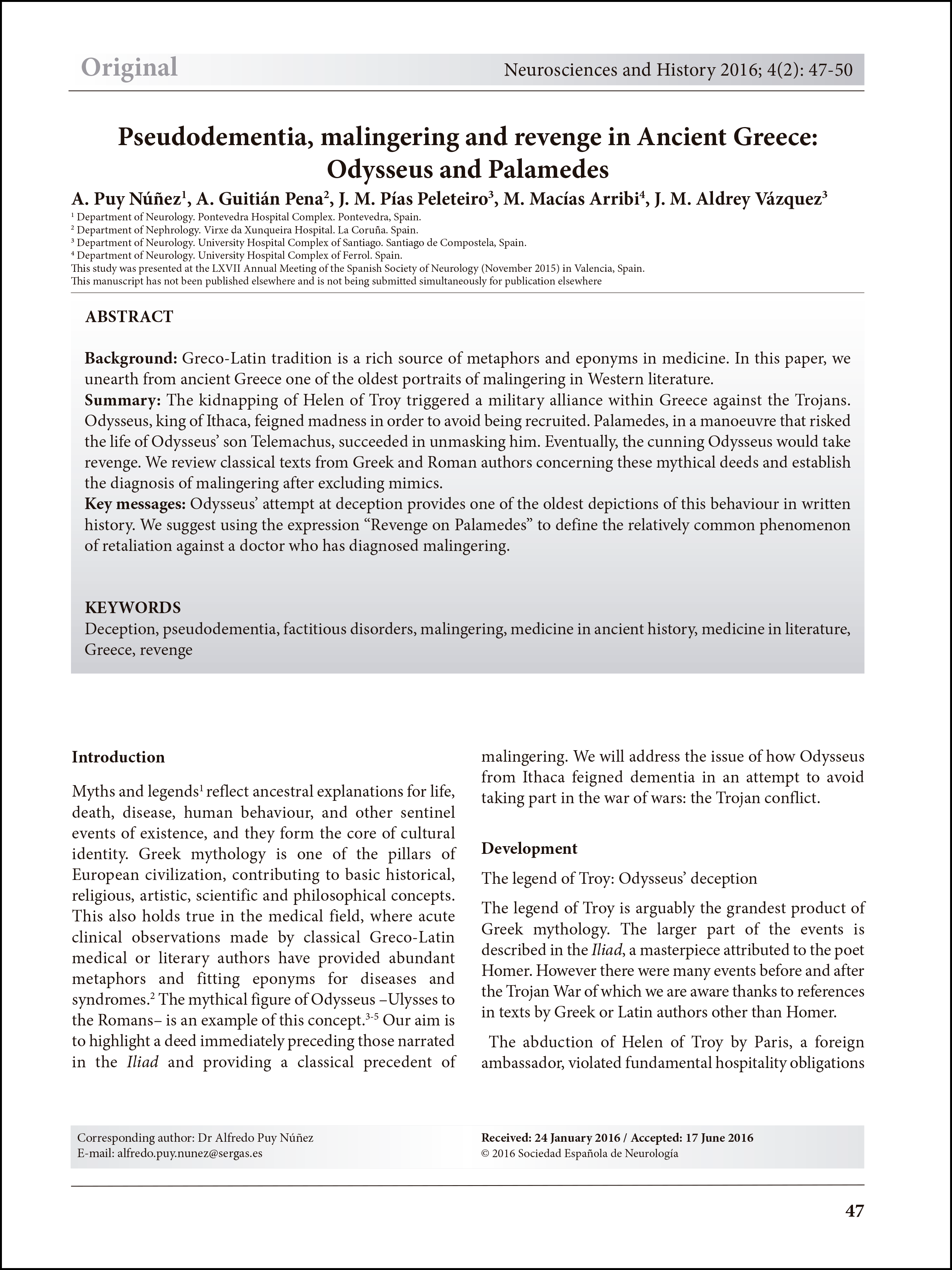 Background: Greco-Latin tradition is a rich source of metaphors and eponyms in medicine. In this paper, we unearth from ancient Greece one of the oldest portraits of malingering in Western literature.

Summary: The kidnapping of Helen of Troy triggered a military alliance within Greece against the Trojans. Odysseus, king of Ithaca, feigned madness in order to avoid being recruited. Palamedes, in a manoeuvre that risked the life of Odysseus’ son Telemachus, succeeded in unmasking him. Eventually, the cunning Odysseus would take revenge. We review classical texts from Greek and Roman authors concerning these mythical deeds and establish the diagnosis of malingering after excluding mimics.

Key messages: Odysseus’ attempt at deception provides one of the oldest depictions of this behaviour in written history. We suggest using the expression “Revenge on Palamedes” to define the relatively common phenomenon of retaliation against a doctor who has diagnosed malingering.