The historical and neurological influences of Professor Martí i Vilalta 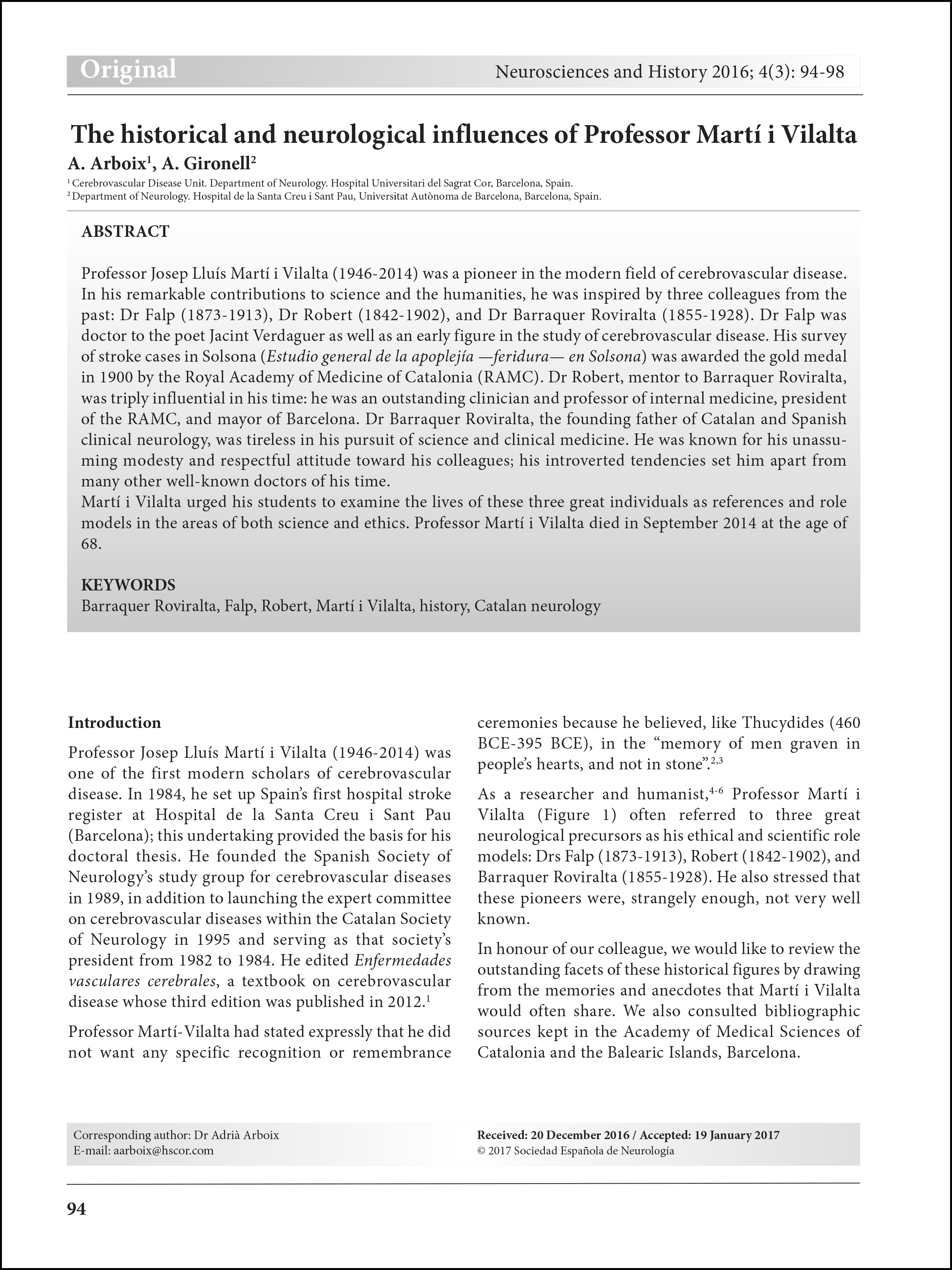 Professor Josep Lluís Martí i Vilalta (1946-2014) was a pioneer in the modern field of cerebrovascular disease. In his remarkable contributions to science and the humanities, he was inspired by three colleagues from the past: Dr Falp (1873-1913), Dr Robert (1842-1902), and Dr Barraquer Roviralta (1855-1928). Dr Falp was doctor to the poet Jacint Verdaguer as well as an early figure in the study of cerebrovascular disease. His survey of stroke cases in Solsona (Estudio general de la apoplejía —feridura— en Solsona) was awarded the gold medal in 1900 by the Royal Academy of Medicine of Catalonia (RAMC). Dr Robert, mentor to Barraquer Roviralta, was triply influential in his time: he was an outstanding clinician and professor of internal medicine, president of the RAMC, and mayor of Barcelona. Dr Barraquer Roviralta, the founding father of Catalan and Spanish clinical neurology, was tireless in his pursuit of science and clinical medicine. He was known for his unassuming modesty and respectful attitude toward his colleagues; his introverted tendencies set him apart from many other well-known doctors of his time.
Martí i Vilalta urged his students to examine the lives of these three great individuals as references and role models in the areas of both science and ethics. Professor Martí i Vilalta died in September 2014 at the age of 68.