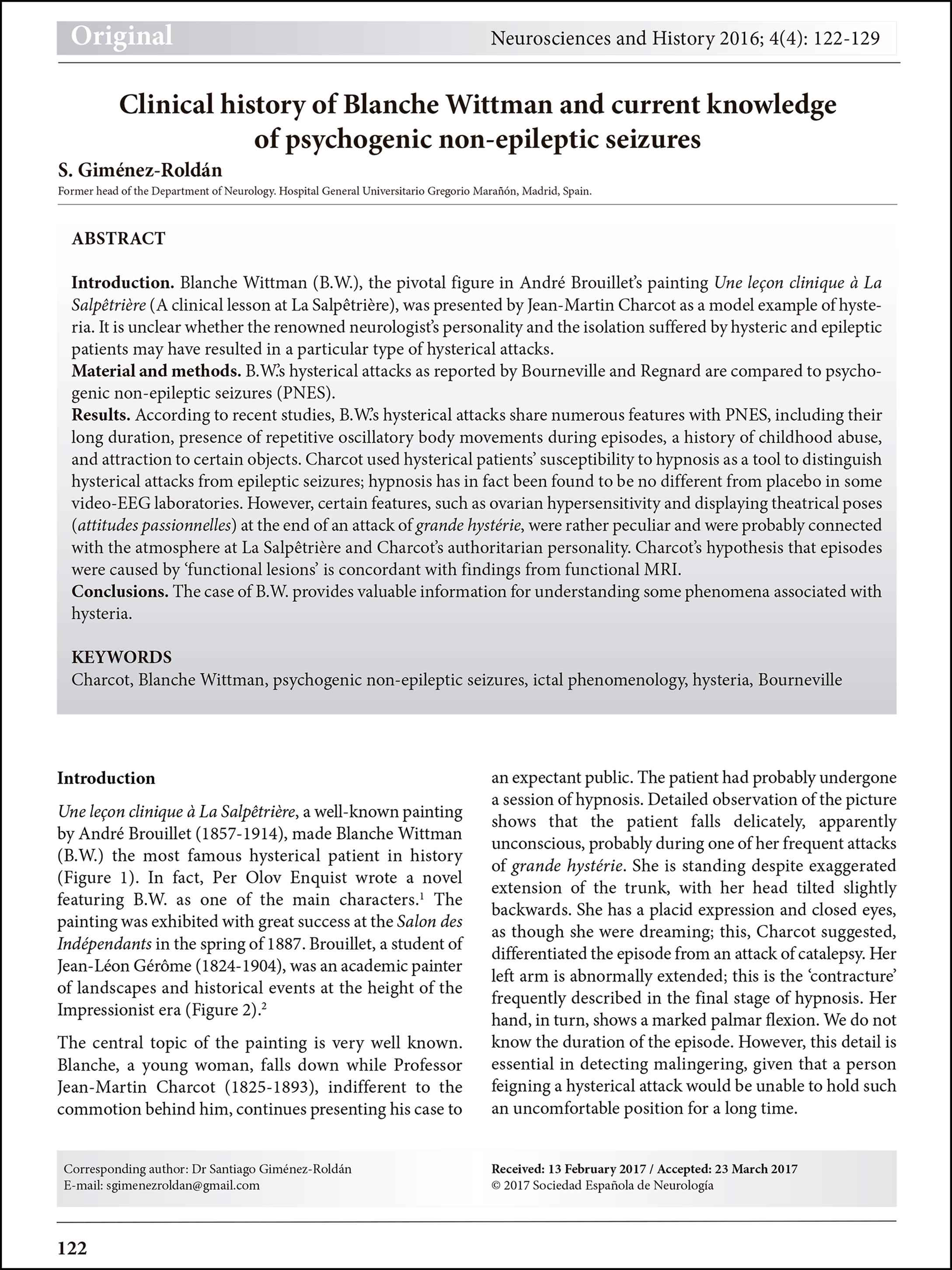 Introduction. Blanche Wittman (B.W.), the pivotal figure in André Brouillet’s painting Une leçon clinique à La Salpêtrière (A clinical lesson at La Salpêtrière), was presented by Jean-Martin Charcot as a model example of hysteria. It is unclear whether the renowned neurologist’s personality and the isolation suffered by hysteric and epileptic patients may have resulted in a particular type of hysterical attacks.

Material and methods. B.W.’s hysterical attacks as reported by Bourneville and Regnard are compared to psychogenic non-epileptic seizures (PNES).

According to recent studies, B.W.’s hysterical attacks share numerous features with PNES, including their long duration, presence of repetitive oscillatory body movements during episodes, a history of childhood abuse, and attraction to certain objects. Charcot used hysterical patients’ susceptibility to hypnosis as a tool to distinguish hysterical attacks from epileptic seizures; hypnosis has in fact been found to be no different from placebo in some video-EEG laboratories. However, certain features, such as ovarian hypersensitivity and displaying theatrical poses (attitudes passionnelles) at the end of an attack of grande hystérie, were rather peculiar and were probably connected with the atmosphere at La Salpêtrière and Charcot’s authoritarian personality. Charcot’s hypothesis that episodes were caused by ‘functional lesions’ is concordant with findings from functional MRI.

Conclusions. The case of B.W. provides valuable information for understanding some phenomena associated with hysteria.