The search for the origins of genius in the brain: The Pantheon of Brains 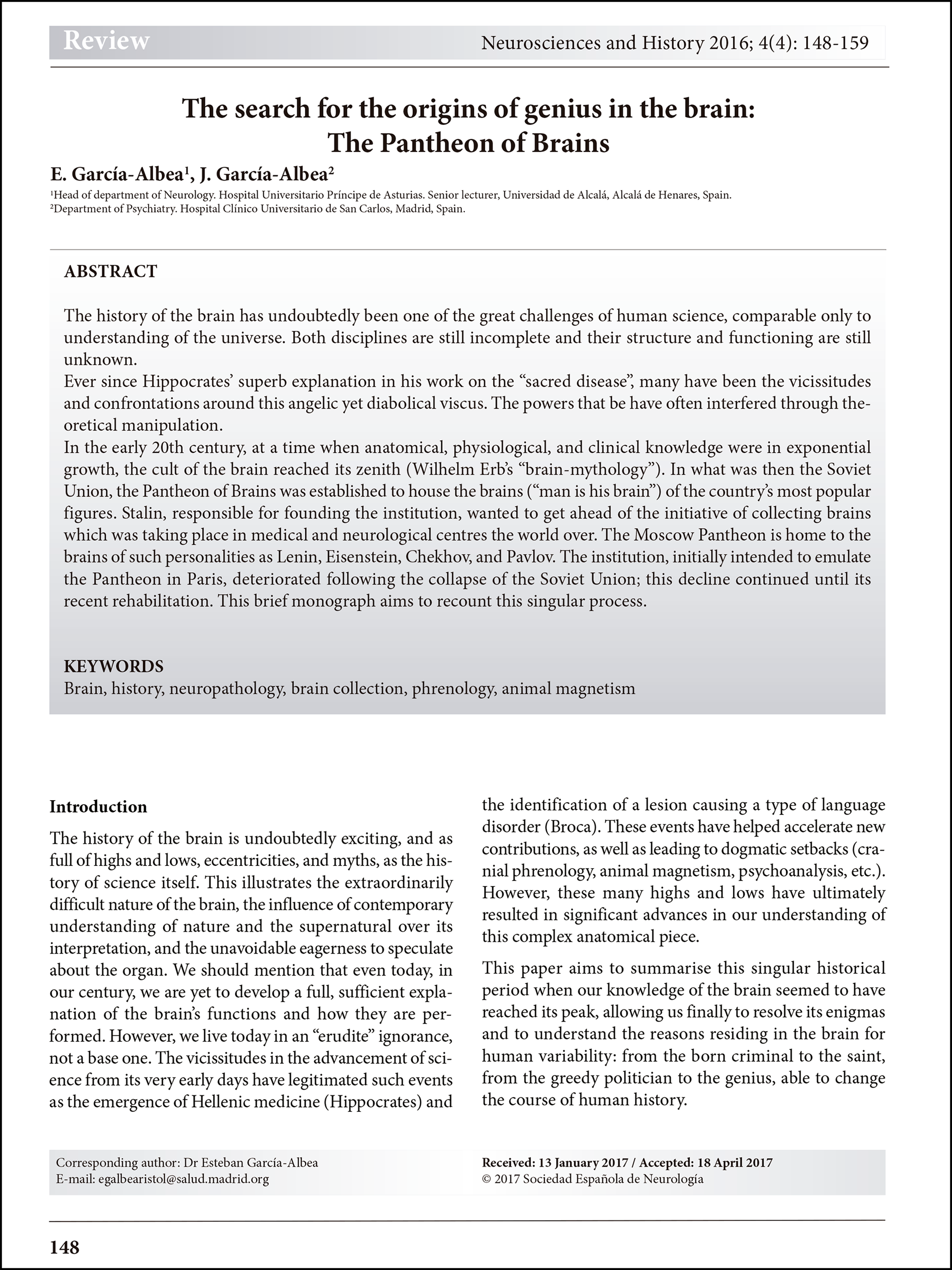 The history of the brain has undoubtedly been one of the great challenges of human science, comparable only to understanding of the universe. Both disciplines are still incomplete and their structure and functioning are still unknown.
Ever since Hippocrates’ superb explanation in his work on the “sacred disease”, many have been the vicissitudes and confrontations around this angelic yet diabolical viscus. The powers that be have often interfered through theoretical manipulation.
In the early 20th century, at a time when anatomical, physiological, and clinical knowledge were in exponential growth, the cult of the brain reached its zenith (Wilhelm Erb’s “brain-mythology”). In what was then the Soviet Union, the Pantheon of Brains was established to house the brains (“man is his brain”) of the country’s most popular figures. Stalin, responsible for founding the institution, wanted to get ahead of the initiative of collecting brains which was taking place in medical and neurological centres the world over. The Moscow Pantheon is home to the brains of such personalities as Lenin, Eisenstein, Chekhov, and Pavlov. The institution, initially intended to emulate the Pantheon in Paris, deteriorated following the collapse of the Soviet Union; this decline continued until its recent rehabilitation. This brief monograph aims to recount this singular process.