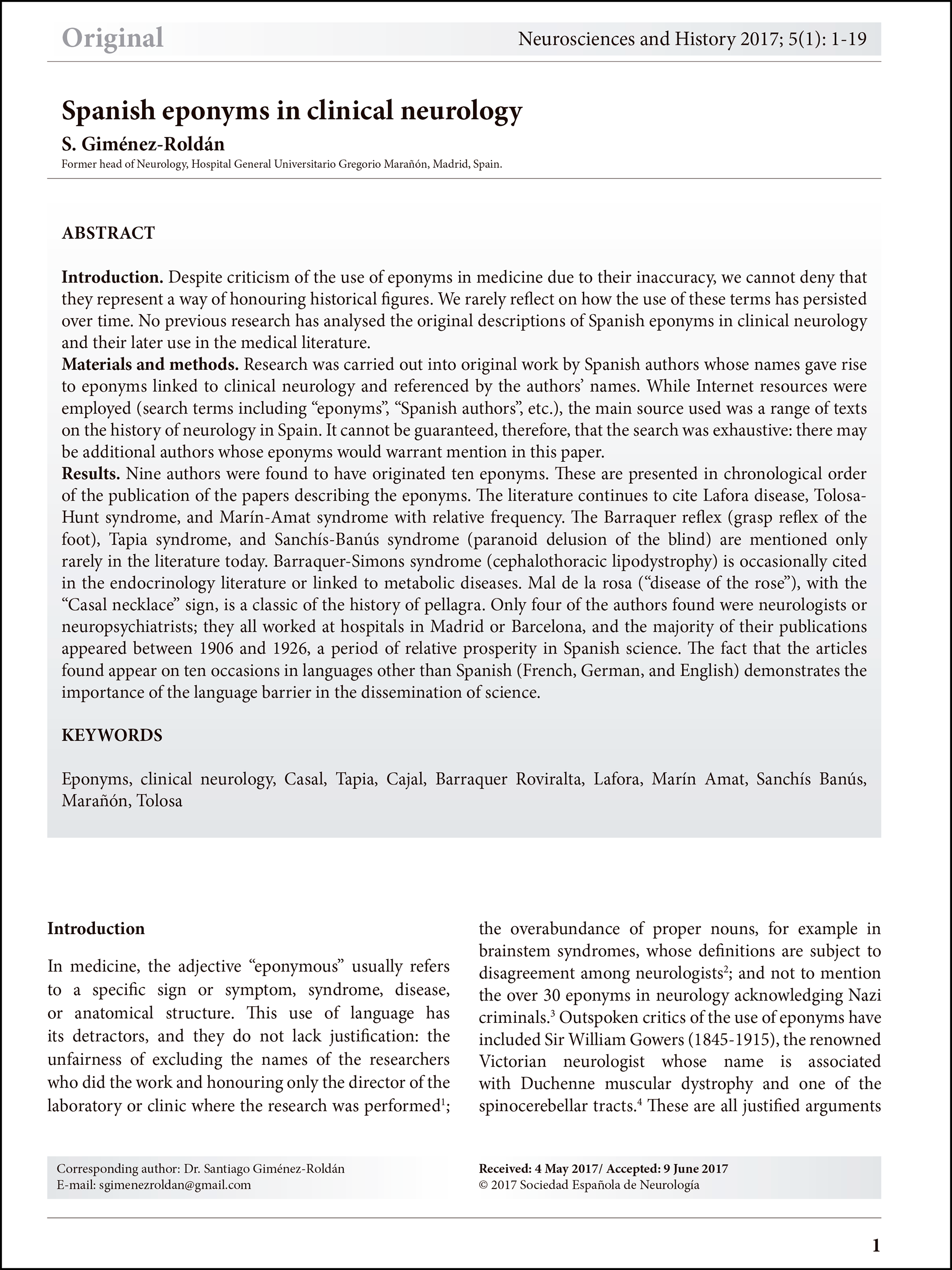 Introduction. Despite criticism of the use of eponyms in medicine due to their inaccuracy, we cannot deny that they represent a way of honouring historical figures. We rarely reflect on how the use of these terms has persisted over time. No previous research has analysed the original descriptions of Spanish eponyms in clinical neurology and their later use in the medical literature.

Material and methods. Research was carried out into original work by Spanish authors whose names gave rise to eponyms linked to clinical neurology and referenced by the authors’ names. While Internet resources were employed (search terms including “eponyms”, “Spanish authors”, etc.), the main source used was a range of texts on the history of neurology in Spain. It cannot be guaranteed, therefore, that the search was exhaustive: there may be additional authors whose eponyms would warrant mention in this paper.

Results. Nine authors were found to have originated ten eponyms. These are presented in chronological order of the publication of the papers describing the eponyms. The literature continues to cite Lafora disease, Tolosa-Hunt syndrome, and Marín-Amat syndrome with relative frequency. The Barraquer reflex (grasp reflex of the foot), Tapia syndrome, and Sanchís-Banús syndrome (paranoid delusion of the blind) are mentioned only rarely in the literature today. Barraquer-Simons syndrome (cephalothoracic lipodystrophy) is occasionally cited in the endocrinology literature or linked to metabolic diseases. Mal de la rosa (“disease of the rose”), with the “Casal necklace” sign, is a classic of the history of pellagra. Only four of the authors found were neurologists or neuropsychiatrists; they all worked at hospitals in Madrid or Barcelona, and the majority of their publications appeared between 1906 and 1926, a period of relative prosperity in Spanish science. The fact that the articles found appear on ten occasions in languages other than Spanish (French, German, and English) demonstrates the importance of the language barrier in the dissemination of science.