A brief history of Bornholm disease 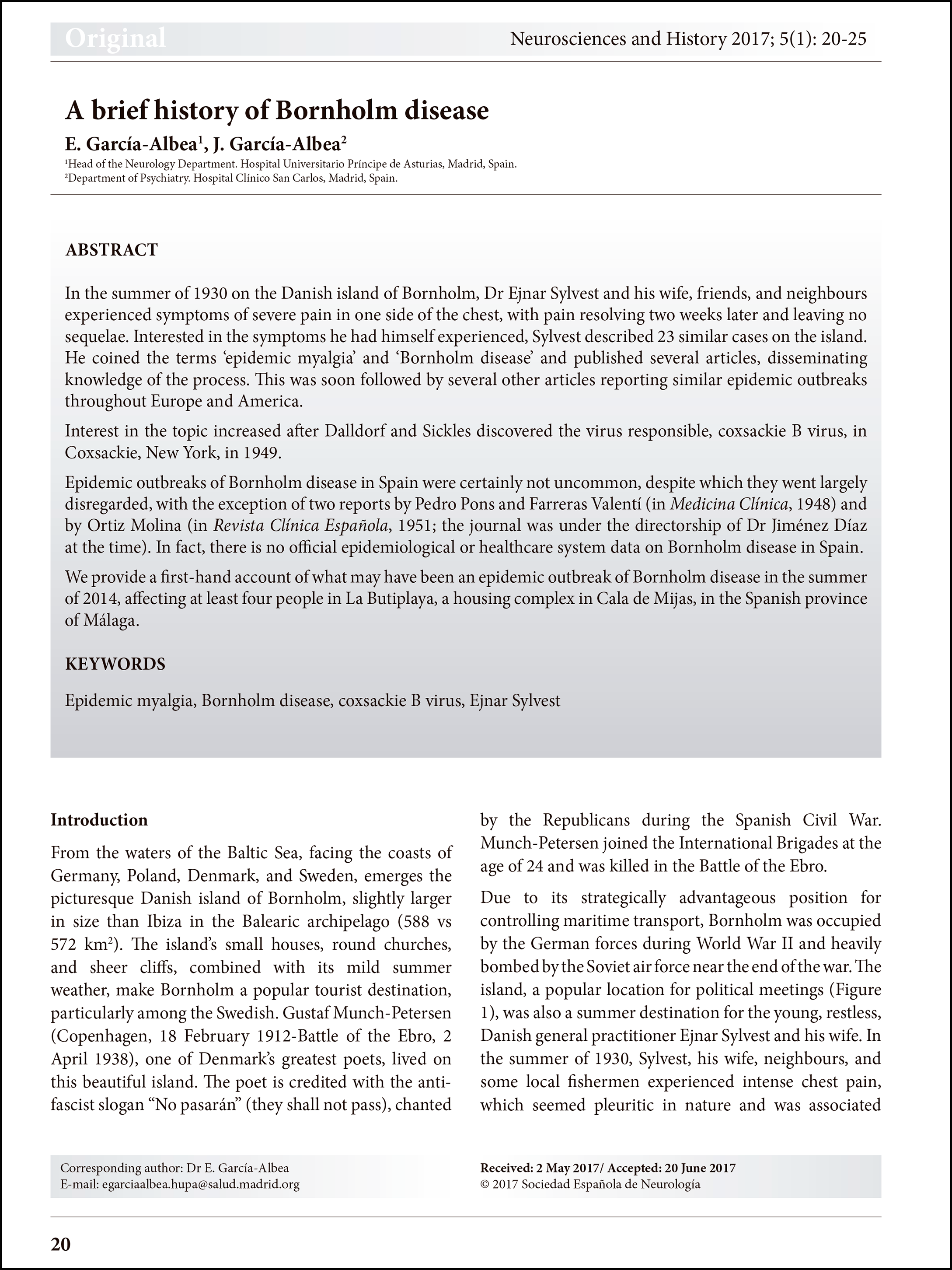 In the summer of 1930 on the Danish island of Bornholm, Dr Ejnar Sylvest and his wife, friends, and neighbours experienced symptoms of severe pain in one side of the chest, with pain resolving two weeks later and leaving no sequelae. Interested in the symptoms he had himself experienced, Sylvest described 23 similar cases on the island. He coined the terms ‘epidemic myalgia’ and ‘Bornholm disease’ and published several articles, disseminating knowledge of the process. This was soon followed by several other articles reporting similar epidemic outbreaks throughout Europe and America.
Interest in the topic increased after Dalldorf and Sickles discovered the virus responsible, coxsackie B virus, in Coxsackie, New York, in 1949.
Epidemic outbreaks of Bornholm disease in Spain were certainly not uncommon, despite which they went largely disregarded, with the exception of two reports by Pedro Pons and Farreras Valentí (in Medicina Clínica, 1948) and by Ortiz Molina (in Revista Clínica Española, 1951; the journal was under the directorship of Dr Jiménez Díaz at the time). In fact, there is no official epidemiological or healthcare system data on Bornholm disease in Spain.
We provide a first-hand account of what may have been an epidemic outbreak of Bornholm disease in the summer of 2014, affecting at least four people in La Butiplaya, a housing complex in Cala de Mijas, in the Spanish province of Málaga.