A critical review of Broca’s contribution on aphasia: from priority to Leborgne the hatter 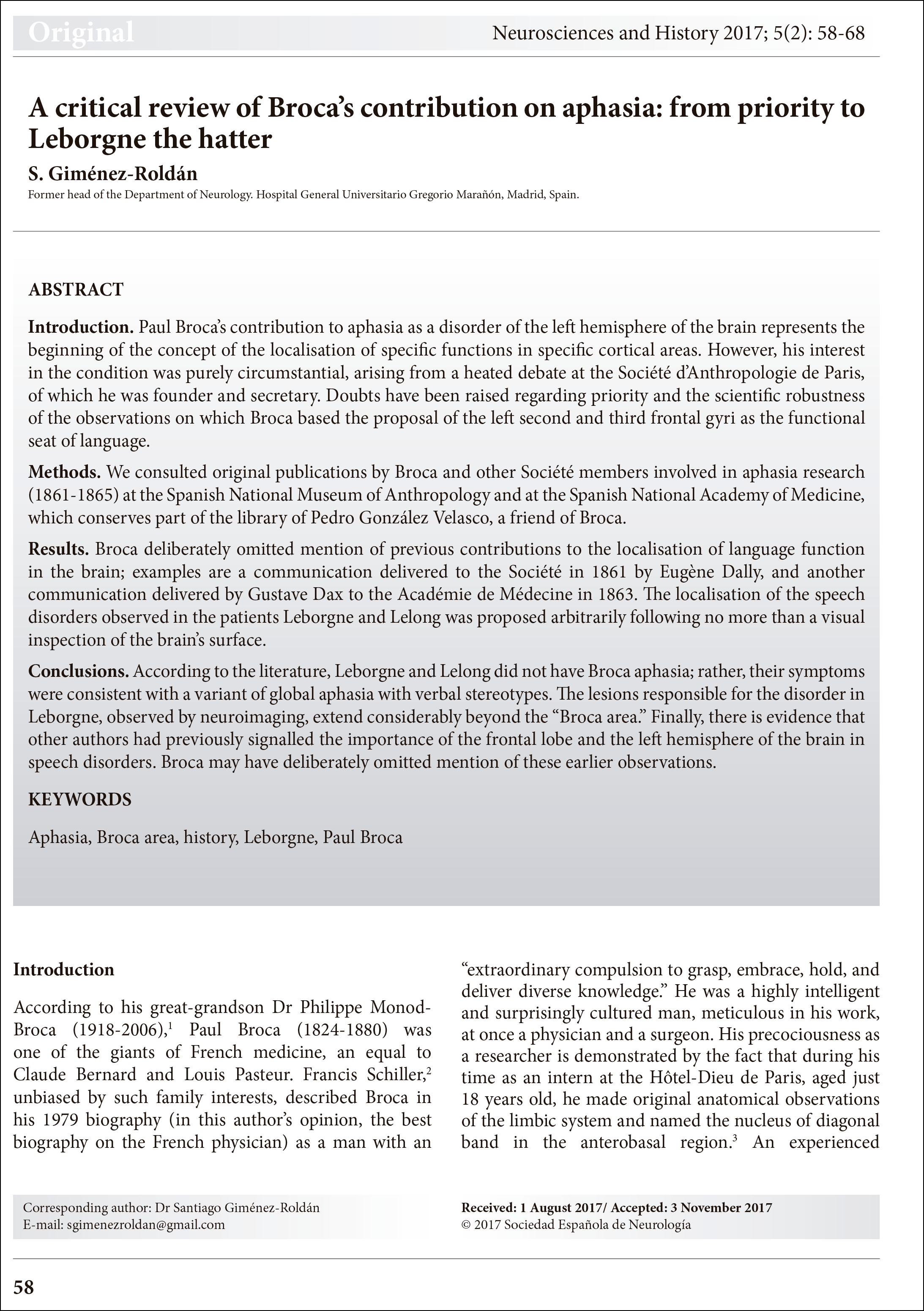 Introduction. Paul Broca’s contribution to aphasia as a disorder of the left hemisphere of the brain represents the beginning of the concept of the localisation of specific functions in specific cortical areas. However, his interest in the condition was purely circumstantial, arising from a heated debate at the Société d’Anthropologie de Paris, of which he was founder and secretary. Doubts have been raised regarding priority and the scientific robustness of the observations on which Broca based the proposal of the left second and third frontal gyri as the functional seat of language.

Results. Broca deliberately omitted mention of previous contributions to the localisation of language function in the brain; examples are a communication delivered to the Société in 1861 by Eugène Dally, and another communication delivered by Gustave Dax to the Académie de Médecine in 1863. The localisation of the speech disorders observed in the patients Leborgne and Lelong was proposed arbitrarily following no more than a visual inspection of the brain’s surface.

Conclusions. According to the literature, Leborgne and Lelong did not have Broca aphasia; rather, their symptoms were consistent with a variant of global aphasia with verbal stereotypes. The lesions responsible for the disorder in Leborgne, observed by neuroimaging, extend considerably beyond the “Broca area.” Finally, there is evidence that other authors had previously signalled the importance of the frontal lobe and the left hemisphere of the brain in speech disorders. Broca may have deliberately omitted mention of these earlier observations.