Cajal’s educational environment in his adolescence and student years 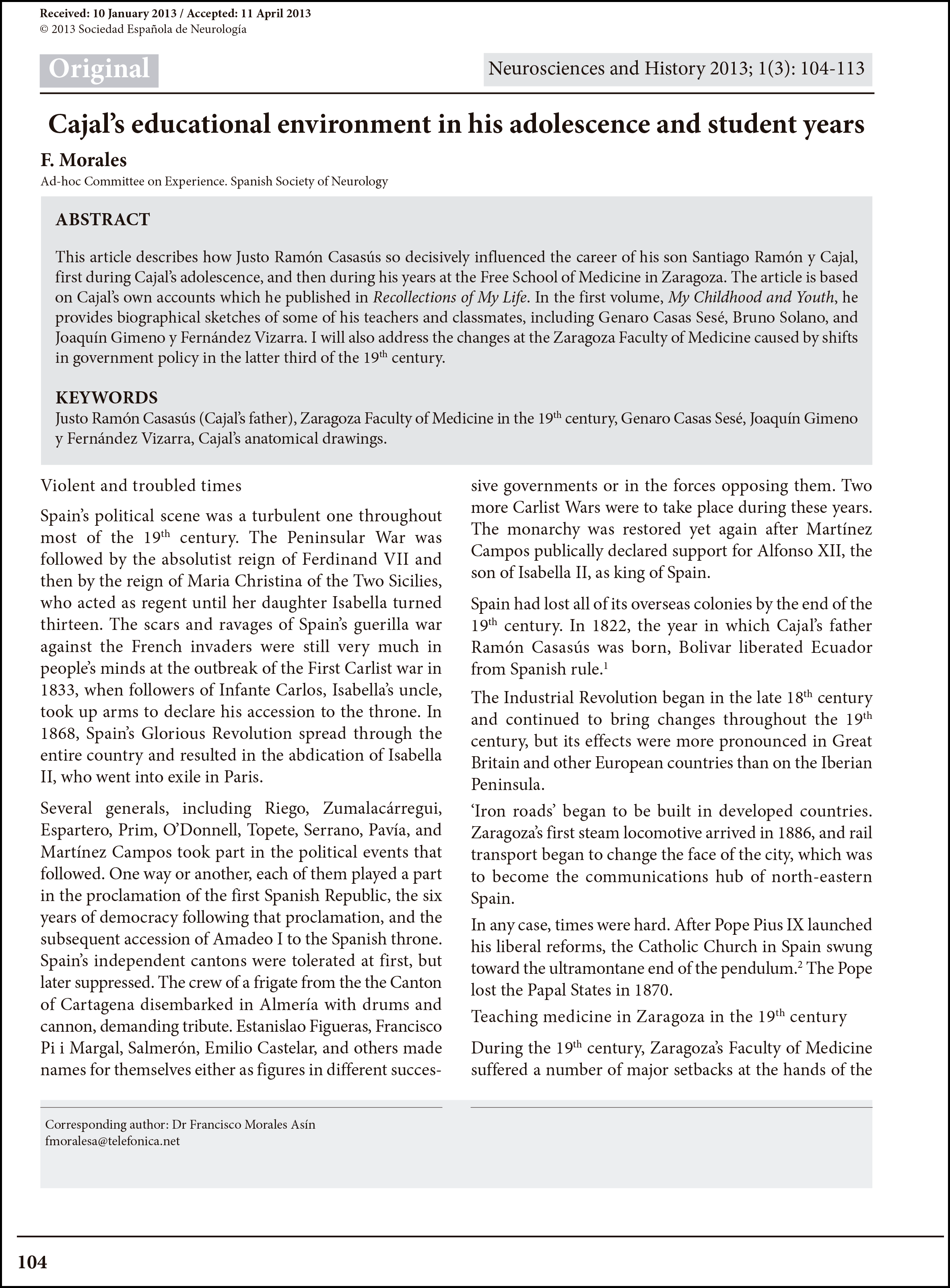 This article describes how Justo Ramón Casasús so decisively influenced the career of his son Santiago Ramón y Cajal, first during Cajal’s adolescence, and then during his years at the Free School of Medicine in Zaragoza. The article is based on Cajal’s own accounts which he published in Recollections of My Life. In the first volume, My Childhood and Youth, he provides biographical sketches of some of his teachers and classmates, including Genaro Casas Sesé, Bruno Solano, and Joaquín Gimeno y Fernández Vizarra. I will also address the changes at the Zaragoza Faculty of Medicine caused by shifts in government policy in the latter third of the 19th century.