Broca, prisoner of his time 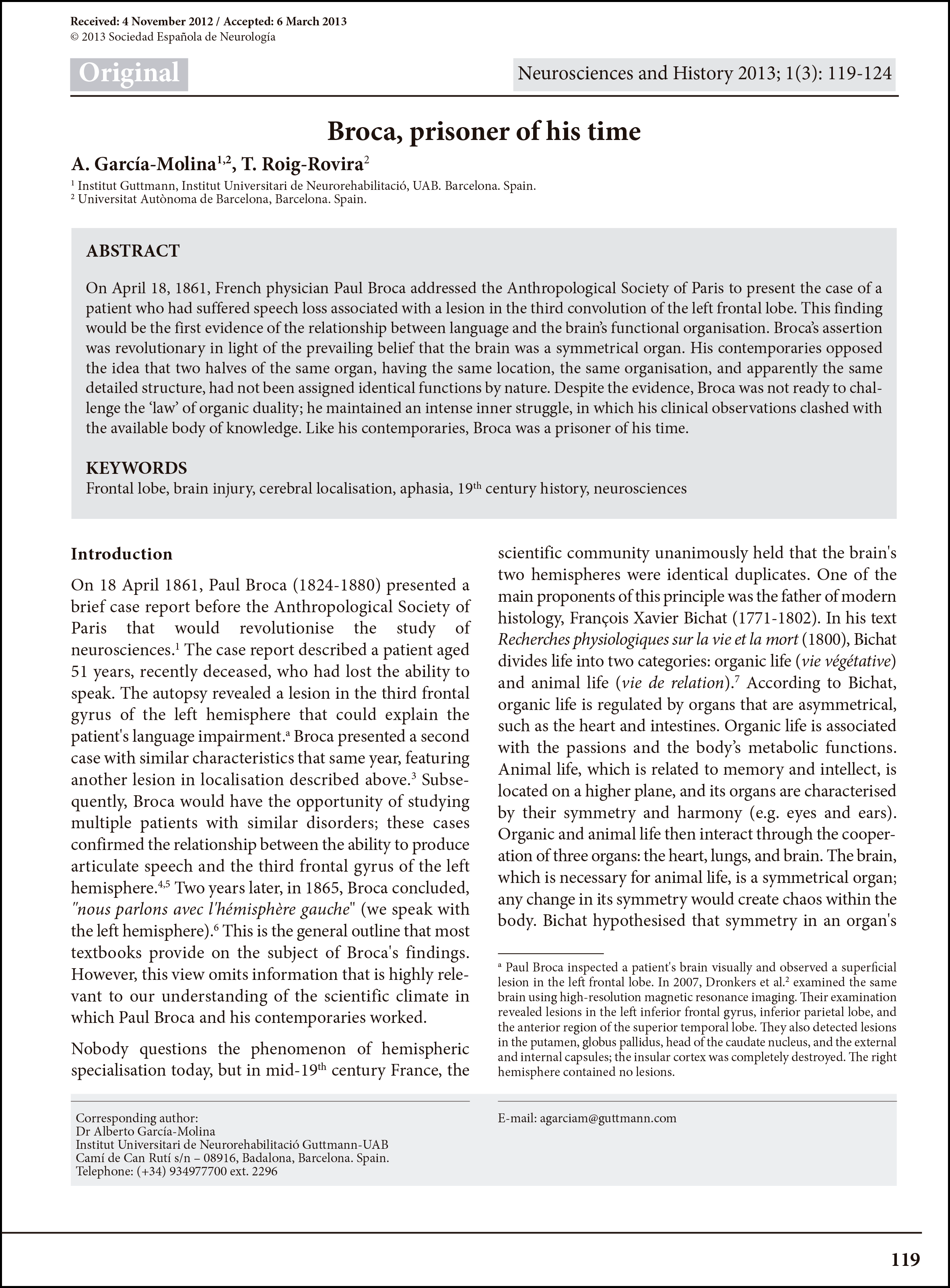 On April 18, 1861, French physician Paul Broca addressed the Anthropological Society of Paris to present the case of a patient who had suffered speech loss associated with a lesion in the third convolution of the left frontal lobe. This finding would be the first evidence of the relationship between language and the brain’s functional organisation. Broca’s assertion was revolutionary in light of the prevailing belief that the brain was a symmetrical organ. His contemporaries opposed the idea that two halves of the same organ, having the same location, the same organisation, and apparently the same detailed structure, had not been assigned identical functions by nature. Despite the evidence, Broca was not ready to challenge the ‘law’ of organic duality; he maintained an intense inner struggle, in which his clinical observations clashed with the available body of knowledge. Like his contemporaries, Broca was a prisoner of his time.