Neurological training in Spain prior to the MIR residency system 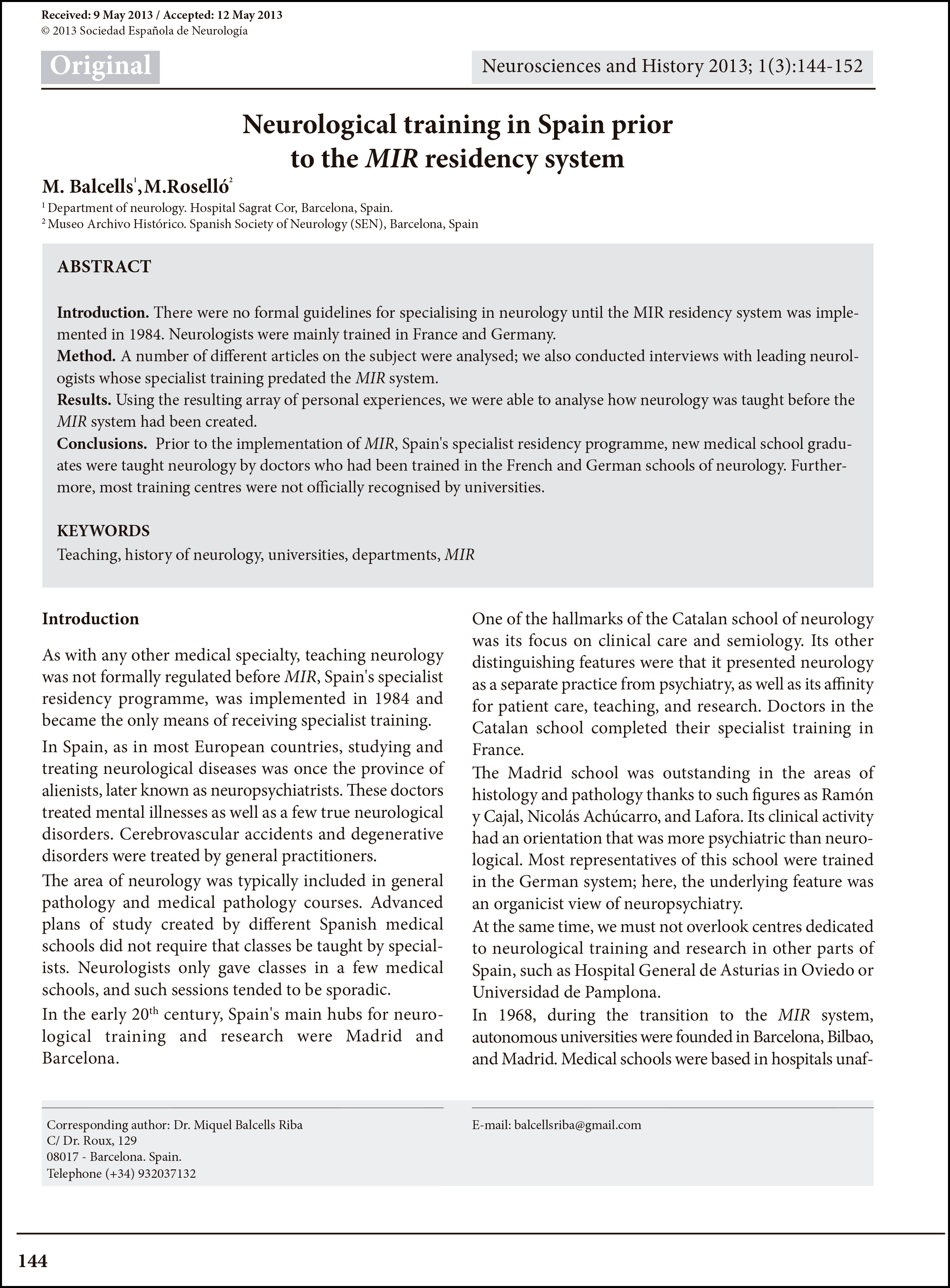 Introduction. There were no formal guidelines for specialising in neurology until the MIR residency system was implemented in 1984. Neurologists were mainly trained in France and Germany.

Method. A number of different articles on the subject were analysed; we also conducted interviews with leading neurologists whose specialist training predated the MIR system.

Results. Using the resulting array of personal experiences, we were able to analyse how neurology was taught before the MIR system had been created.

Conclusions. Prior to the implementation of MIR, Spain's specialist residency programme, new medical school graduates were taught neurology by doctors who had been trained in the French and German schools of neurology. Furthermore, most training centres were not officially recognised by universities.