The mysteries of hysteria 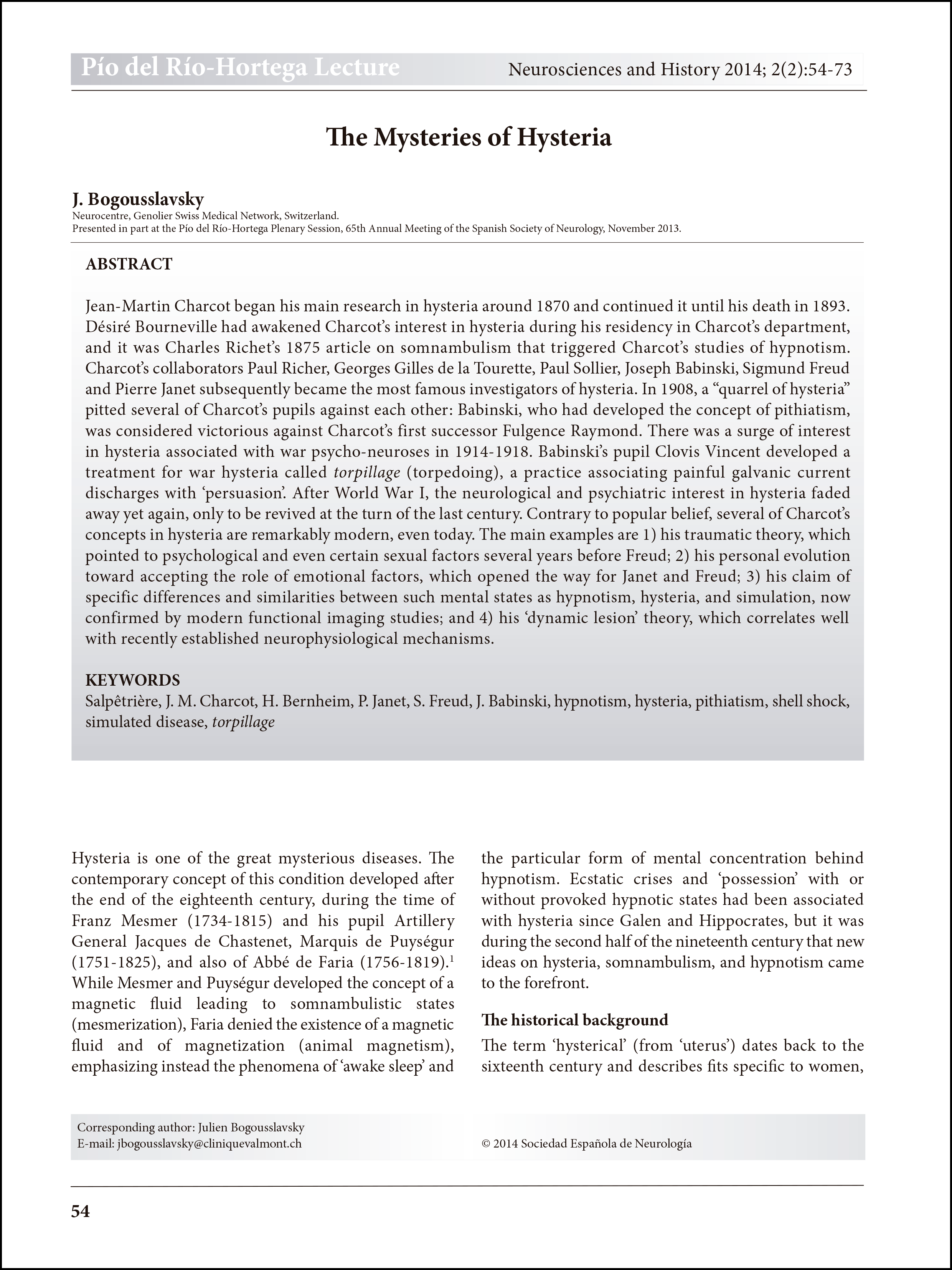 Jean-Martin Charcot began his main research in hysteria around 1870 and continued it until his death in 1893. Désiré Bourneville had awakened Charcot's interest in hysteria during his residency in Charcot's department, and it was Charles Richet's 1875 article on somnambulism that triggered Charcot's studies of hypnotism. Charcot's collaborators Paul Richer, Georges Gilles de la Tourette, Paul Sollier, Joseph Babinski, Sigmund Freud and Pierre Janet subsequently became the most famous investigators of hysteria. In 1908, a “quarrel of hysteria” pitted several of Charcot's pupils against each other: Babinski, who had developed the concept of pithiatism, was considered victorious against Charcot's first successor Fulgence Raymond. There was a surge of interest in hysteria associated with war psycho-neuroses in 1914-1918. Babinski's pupil Clovis Vincent developed a treatment for war hysteria called torpillage (torpedoing), a practice associating painful galvanic current discharges with 'persuasion'. After World War I, the neurological and psychiatric interest in hysteria faded away yet again, only to be revived at the turn of the last century. Contrary to popular belief, several of Charcot's concepts in hysteria are remarkably modern, even today. The main examples are 1) his traumatic theory, which pointed to psychological and even certain sexual factors several years before Freud; 2) his personal evolution toward accepting the role of emotional factors, which opened the way for Janet and Freud; 3) his claim of specific differences and similarities between such mental states as hypnotism, hysteria, and simulation, now confirmed by modern functional imaging studies; and 4) his 'dynamic lesion' theory, which correlates well with recently established neurophysiological mechanisms.