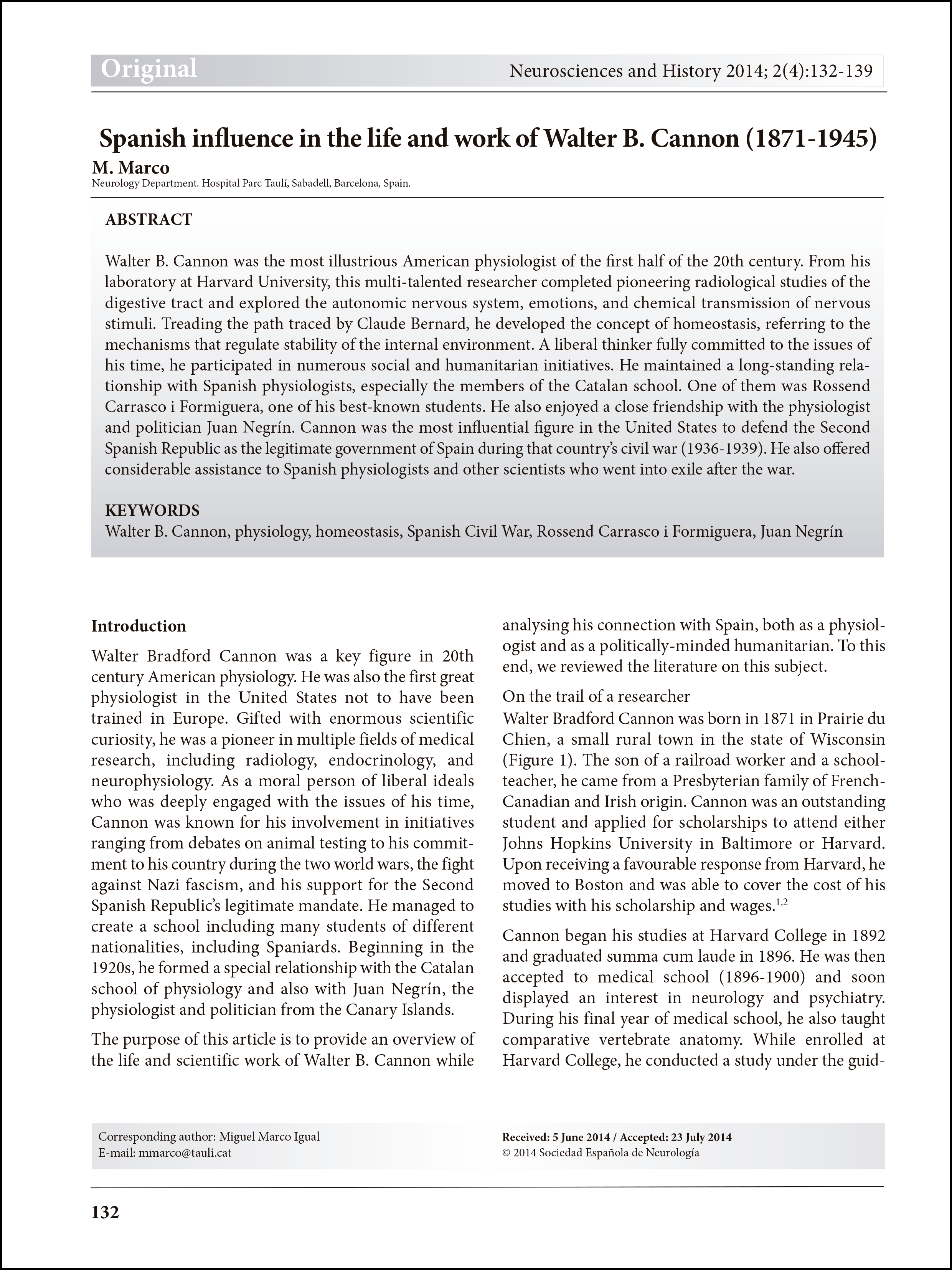 Walter B. Cannon was the most illustrious American physiologist of the first half of the 20th century. From his laboratory at Harvard University, this multi-talented researcher completed pioneering radiological studies of the digestive tract and explored the autonomic nervous system, emotions, and chemical transmission of nervous stimuli. Treading the path traced by Claude Bernard, he developed the concept of homeostasis, referring to the mechanisms that regulate stability of the internal environment. A liberal thinker fully committed to the issues of his time, he participated in numerous social and humanitarian initiatives. He maintained a long-standing relationship with Spanish physiologists, especially the members of the Catalan school. One of them was Rossend Carrasco i Formiguera, one of his best-known students. He also enjoyed a close friendship with the physiologist and politician Juan Negrín. Cannon was the most influential figure in the United States to defend the Second Spanish Republic as the legitimate government of Spain during that country's civil war (1936-1939). He also offered considerable assistance to Spanish physiologists and other scientists who went into exile after the war.