History of the deficiency diseases of the nervous system 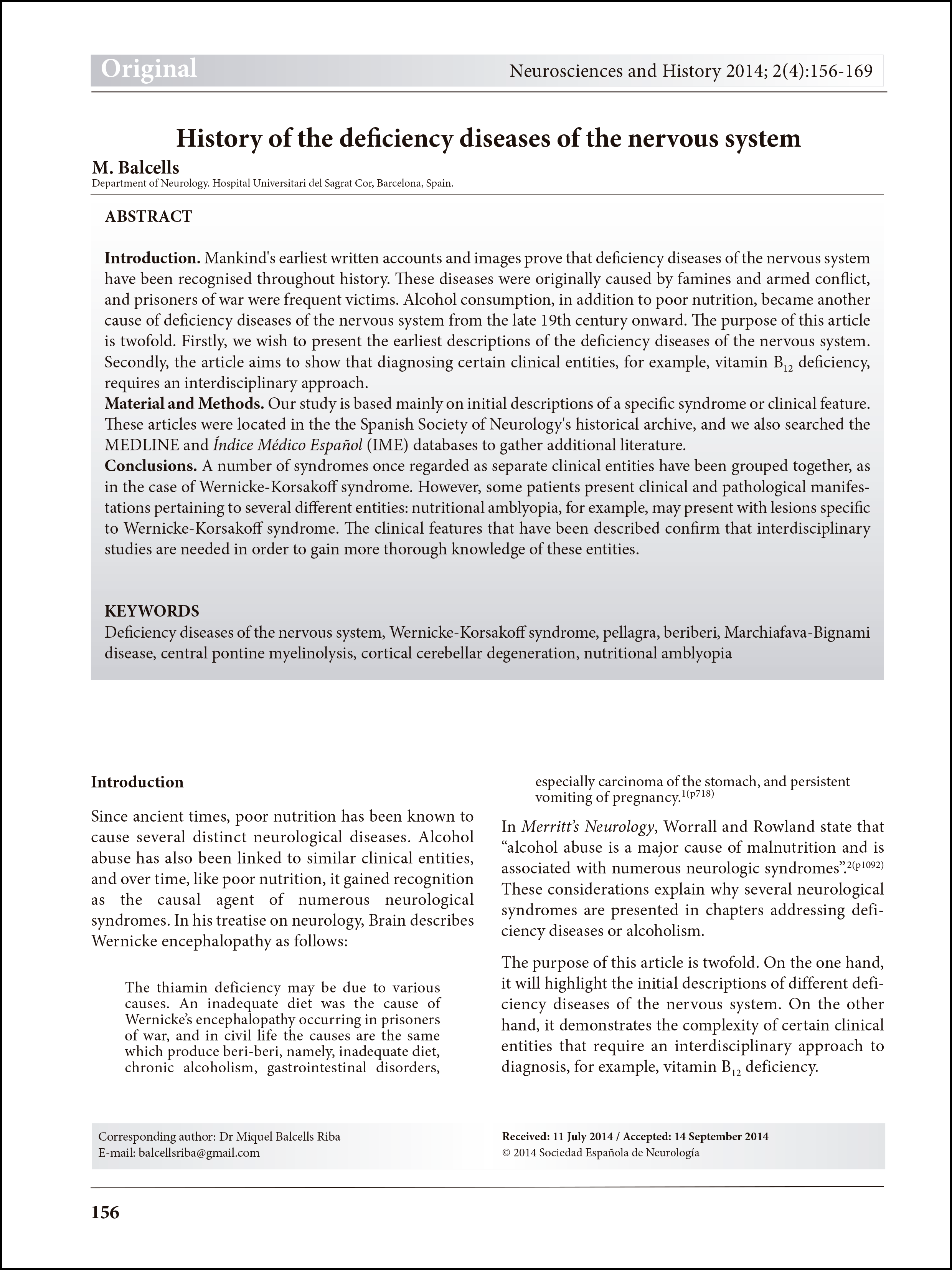 Material and Methods. Our study is based mainly on initial descriptions of a specific syndrome or clinical feature. These articles were located in the the Spanish Society of Neurology's historical archive, and we also searched the MEDLINE and Índice Médico Español (IME) databases to gather additional literature.

Conclusions. A number of syndromes once regarded as separate clinical entities have been grouped together, as in the case of Wernicke-Korsakoff syndrome. However, some patients present clinical and pathological manifestations pertaining to several different entities: nutritional amblyopia, for example, may present with lesions specific to Wernicke-Korsakoff syndrome. The clinical features that have been described confirm that interdisciplinary studies are needed in order to gain more thorough knowledge of these entities.