Neurological references in the Divine Comedy 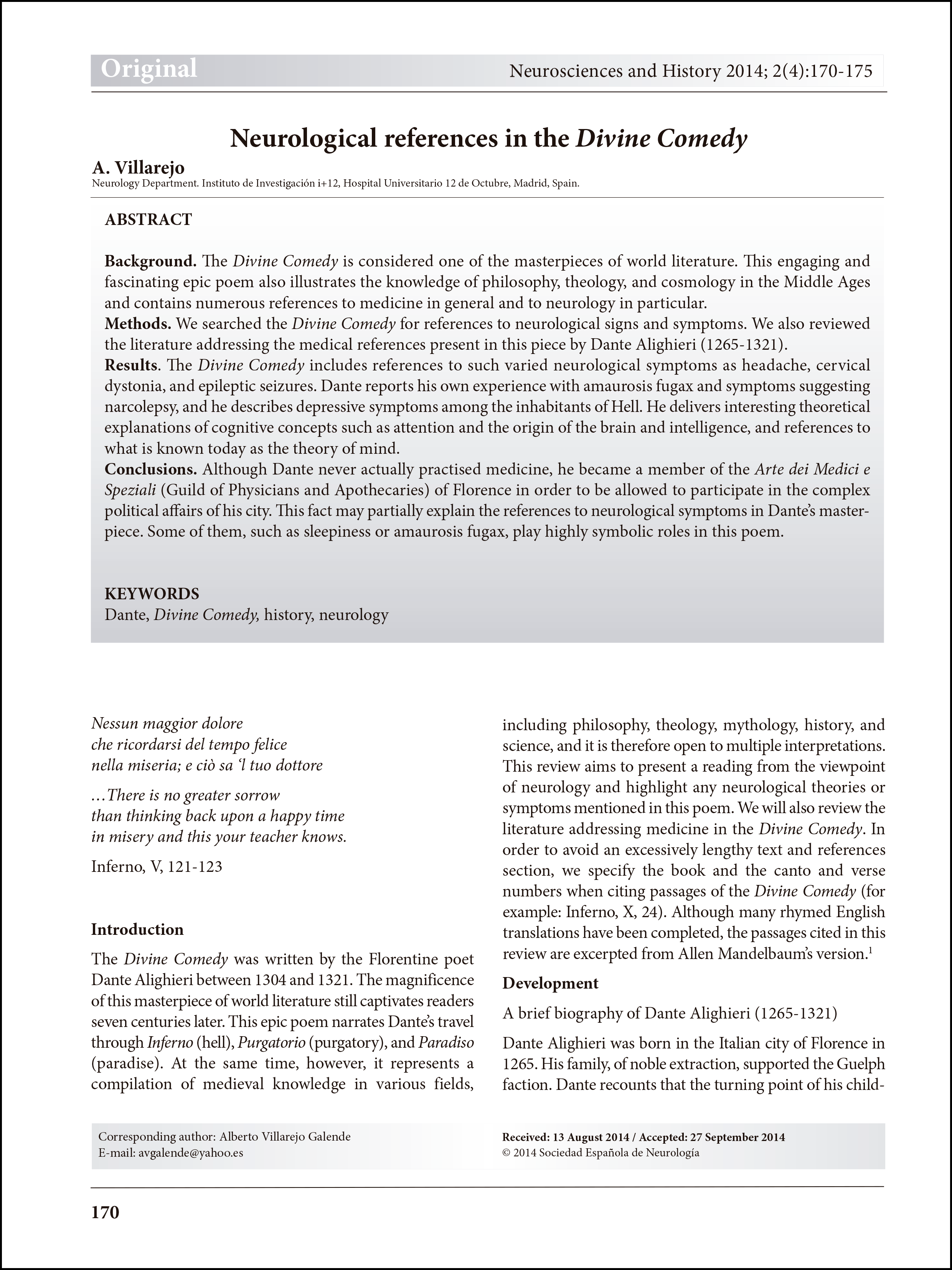 Background. The Divine Comedy is considered one of the masterpieces of world literature. This engaging and fascinating epic poem also illustrates the knowledge of philosophy, theology, and cosmology in the Middle Ages and contains numerous references to medicine in general and to neurology in particular.

Methods. We searched the Divine Comedy for references to neurological signs and symptoms. We also reviewed the literature addressing the medical references present in this piece by Dante Alighieri (1265-1321).

Results. The Divine Comedy includes references to such varied neurological symptoms as headache, cervical dystonia, and epileptic seizures. Dante reports his own experience with amaurosis fugax and symptoms suggesting narcolepsy, and he describes depressive symptoms among the inhabitants of Hell. He delivers interesting theoretical explanations of cognitive concepts such as attention and the origin of the brain and intelligence, and references to what is known today as the theory of mind.

Conclusions. Although Dante never actually practised medicine, he became a member of the Arte dei Medici e Speziali (Guild of Physicians and Apothecaries) of Florence in order to be allowed to participate in the complex political affairs of his city. This fact may partially explain the references to neurological symptoms in Dante's masterpiece. Some of them, such as sleepiness or amaurosis fugax, play highly symbolic roles in this poem.