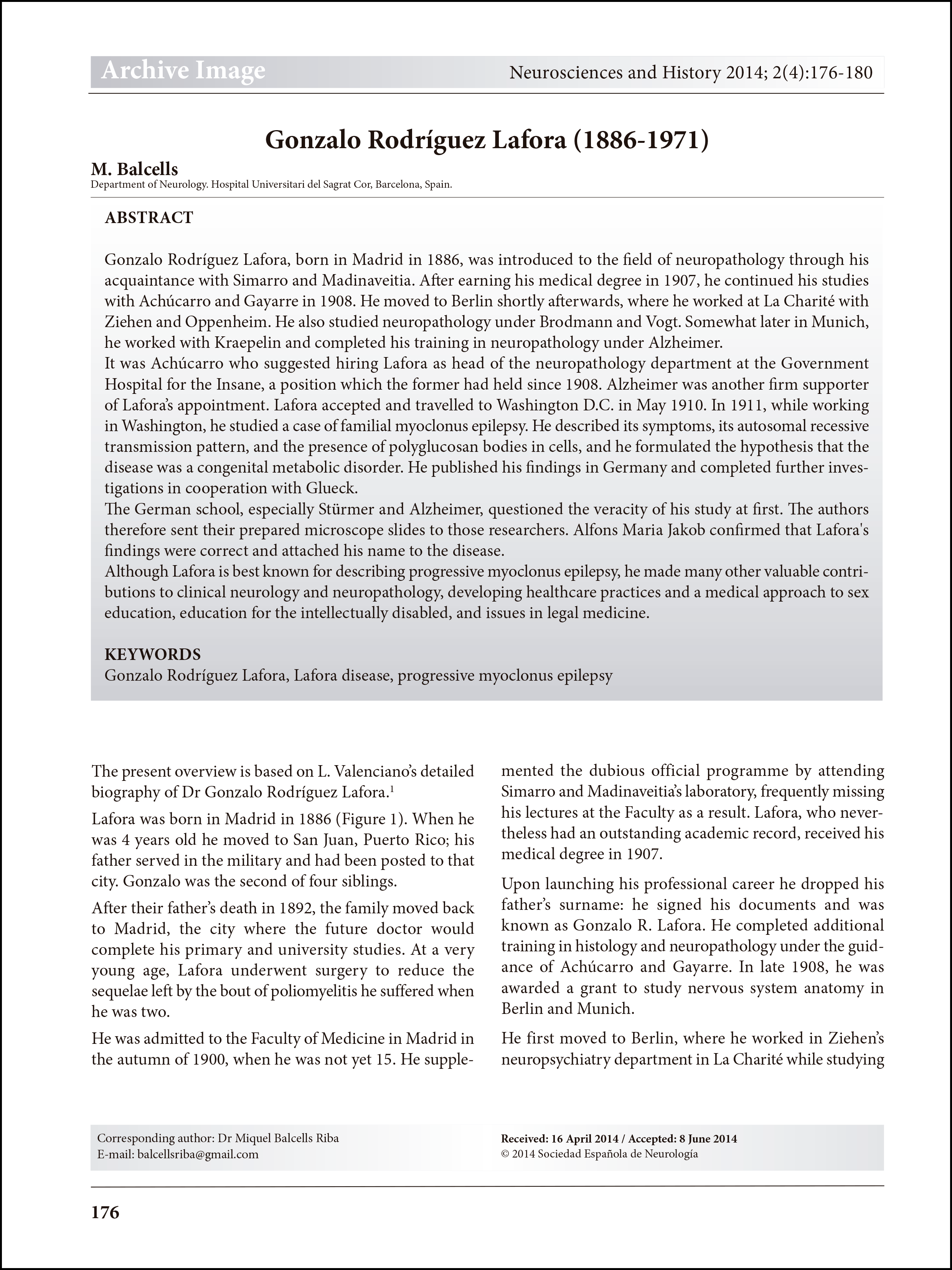 Gonzalo Rodríguez Lafora, born in Madrid in 1886, was introduced to the field of neuropathology through his acquaintance with Simarro and Madinaveitia. After earning his medical degree in 1907, he continued his studies with Achúcarro and Gayarre in 1908. He moved to Berlin shortly afterwards, where he worked at La Charité with Ziehen and Oppenheim. He also studied neuropathology under Brodmann and Vogt. Somewhat later in Munich, he worked with Kraepelin and completed his training in neuropathology under Alzheimer.
It was Achúcarro who suggested hiring Lafora as head of the neuropathology department at the Government Hospital for the Insane, a position which the former had held since 1908. Alzheimer was another firm supporter of Lafora's appointment. Lafora accepted and travelled to Washington D.C. in May 1910. In 1911, while working in Washington, he studied a case of familial myoclonus epilepsy. He described its symptoms, its autosomal recessive transmission pattern, and the presence of polyglucosan bodies in cells, and he formulated the hypothesis that the disease was a congenital metabolic disorder. He published his findings in Germany and completed further investigations in cooperation with Glueck.
The German school, especially Stürmer and Alzheimer, questioned the veracity of his study at first. The authors therefore sent their prepared microscope slides to those researchers. Alfons Maria Jakob confirmed that Lafora's findings were correct and attached his name to the disease.
Although Lafora is best known for describing progressive myoclonus epilepsy, he made many other valuable contributions to clinical neurology and neuropathology, developing healthcare practices and a medical approach to sex education, education for the intellectually disabled, and issues in legal medicine.