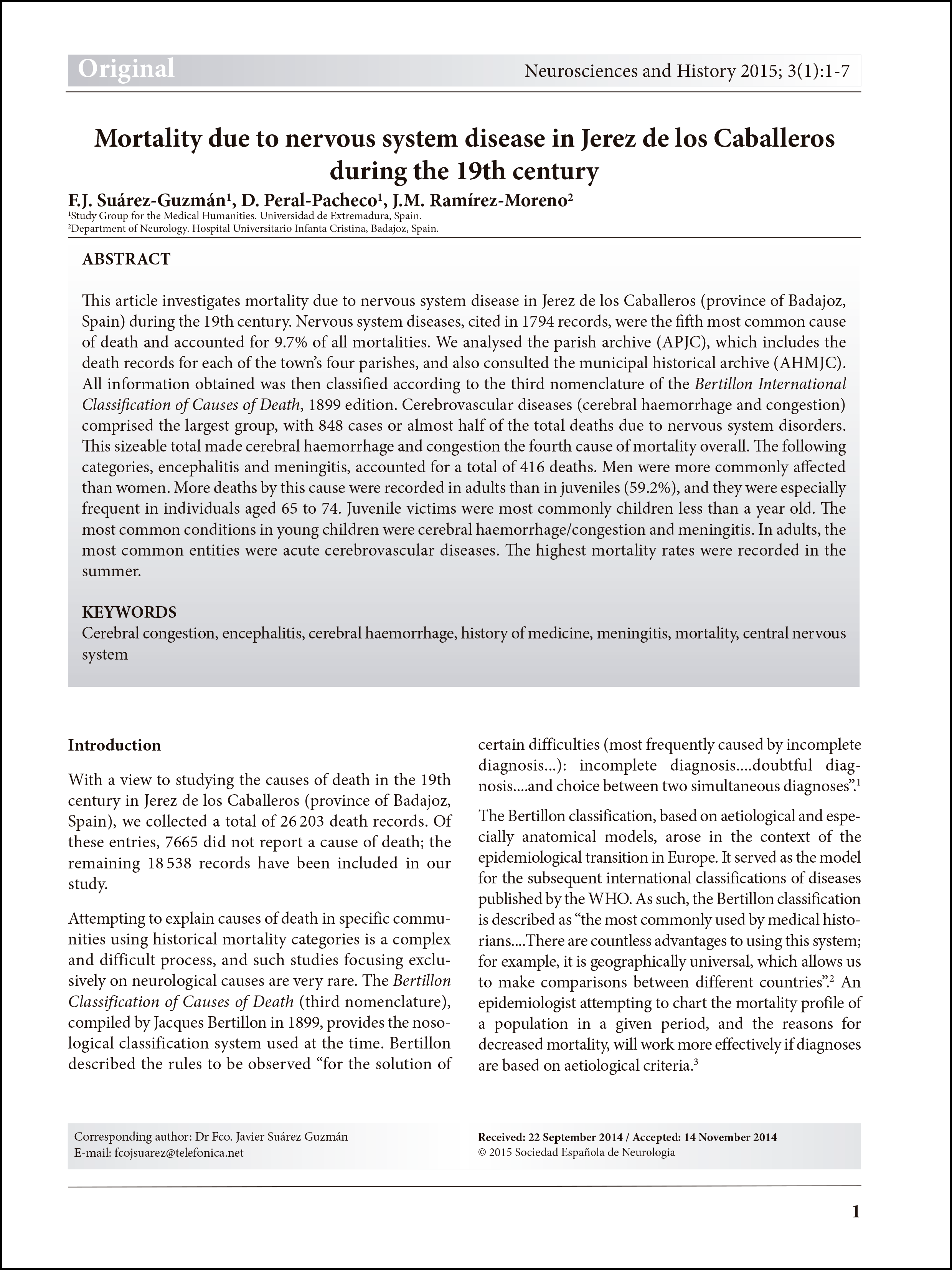 This article investigates mortality due to nervous system disease in Jerez de los Caballeros (province of Badajoz, Spain) during the 19th century. Nervous system diseases, cited in 1794 records, were the firth most common cause of death and accounted for 9.7% of all mortalities. We analysed the parish archive (APJC), which includes the death records for each of the town’s four parishes, and also consulted the municipal historical archive (AHMJC).
All information obtained was then classified according to the third nomenclature of the Bertillon International Classification of Causes of Death, 1899 edition. Cerebrovascular diseases (cerebral haemorrhage and congestion) comprised the largest group, with 848 cases or almost half of the total deaths due to nervous system disorders. This sizeable total made cerebral haemorrhage and congestion the fourth cause of mortality overall. The following categories, encephalitis and meningitis, accounted for a total of 416 deaths. Men were more commonly affected than women. More deaths by this cause were recorded in adults than in juveniles (59.2%), and they were especially frequent in individuals aged 65 to 74. Juvenile victims were most commonly children less than a year old. the most common conditions in young children were cerebral haemorrhage/congestion and meningitis. In adults, the most common entities were acute cerebrovascular diseases. The highest mortality rates were recorded in the summer.