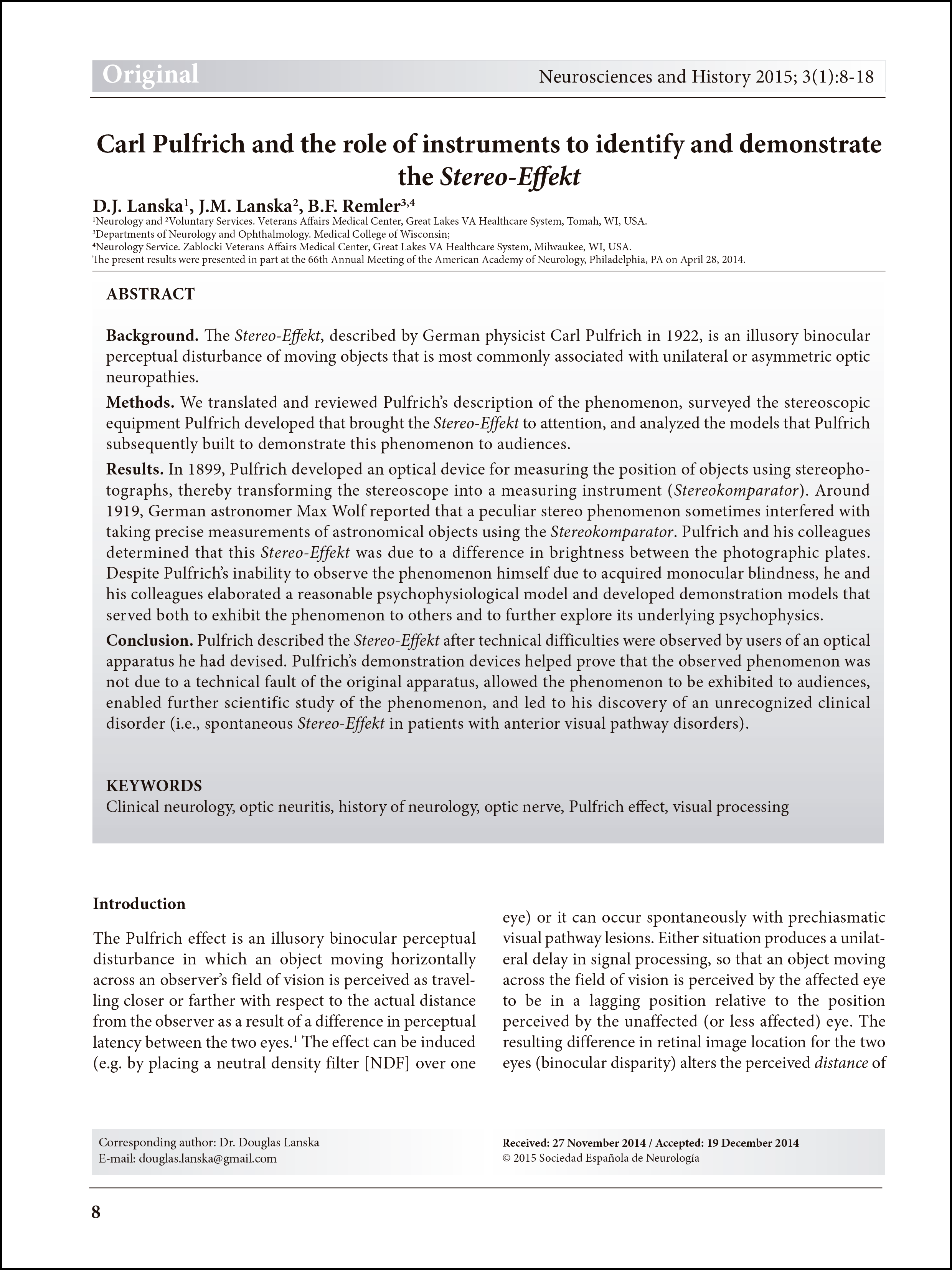 Background. The Stereo-Effekt, described by German physicist Carl Pulfrich in 1922, is an illusory binocular perceptual disturbance of moving objects that is most commonly associated with unilateral or asymmetric optic neuropathies.

Methods. We translated and reviewed Pulfrich’s description of the phenomenon, surveyed the stereoscopic equipment Pulfrich developed that brought the Stereo-Effekt to attention, and analyzed the models that Pulfrich subsequently built to demonstrate this phenomenon to audiences.

Results. In 1899, Pulfrich developed an optical device for measuring the position of objects using stereophotographs, thereby transforming the stereoscope into a measuring instrument (Stereokomparator). Around 1919, German astronomer Max Wolf reported that a peculiar stereo phenomenon sometimes interfered with taking precise measurements of astronomical objects using the Stereokomparator. Pulfrich and his colleagues determined that this Stereo-Effekt was due to a difference in brightness between the photographic plates. Despite Pulfrich’s inability to observe the phenomenon himself due to acquired monocular blindness, he and his colleagues elaborated a reasonable psychophysiological model and developed demonstration models that served both to exhibit the phenomenon to others and to further explore its underlying psychophysics.

Conclusion. Pulfrich described the Stereo-Effekt after technical difficulties were observed by users of an optical apparatus he had devised. Pulfrich’s demonstration devices helped prove that the observed phenomenon was not due to a technical fault of the original apparatus, allowed the phenomenon to be exhibited to audiences, enabled further scientific study of the phenomenon, and led to his discovery of an unrecognized clinical disorder (i.e., spontaneous Stereo-Effekt in patients with anterior visual pathway disorders).