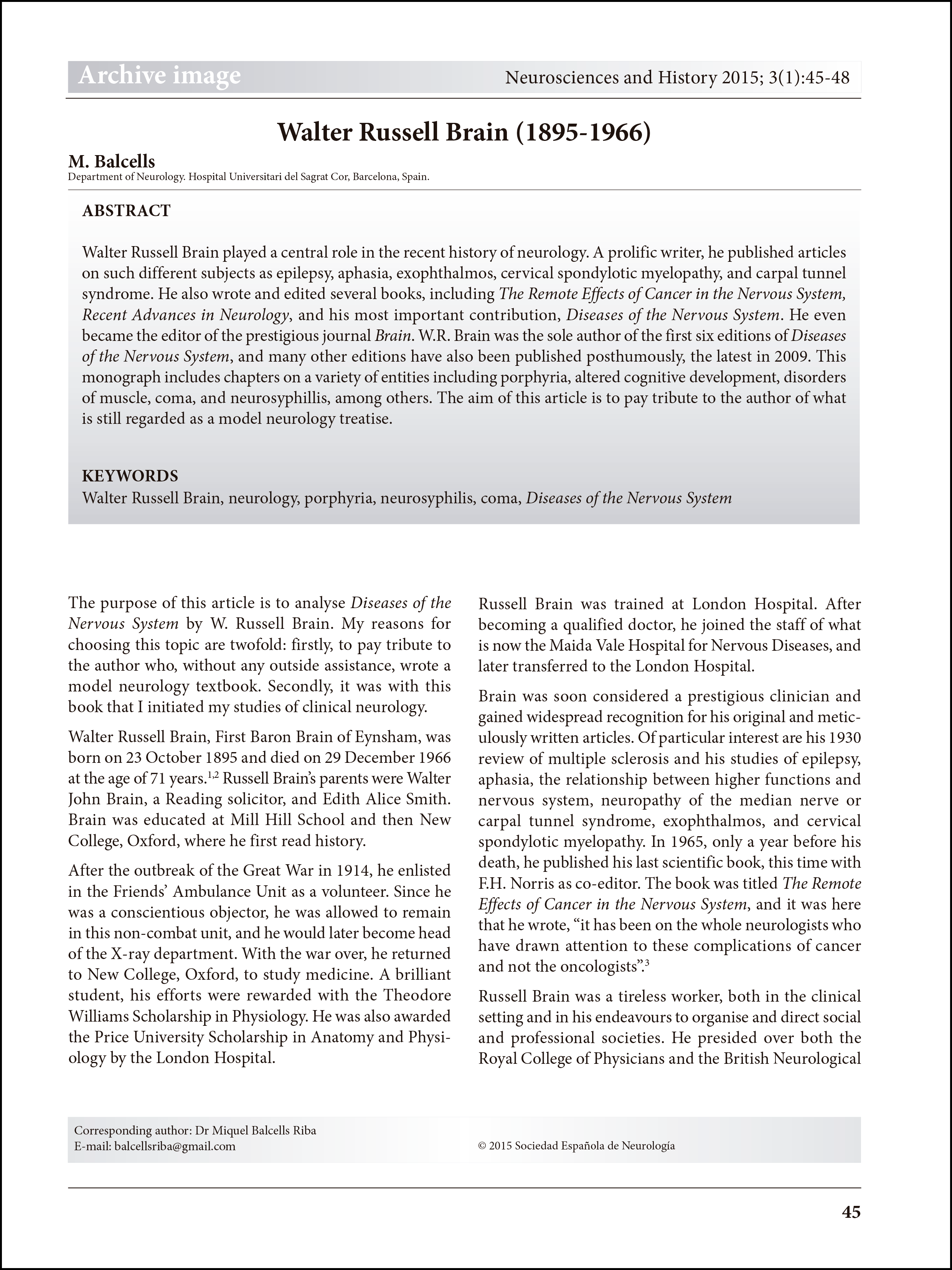 Walter Russell Brain played a central role in the recent history of neurology. A prolific writer, he published articles on such different subjects as epilepsy, aphasia, exophthalmos, cervical spondylotic myelopathy, and carpal tunnel syndrome. He also wrote and edited several books, including The Remote Effects of Cancer in the Nervous System, Recent Advances in Neurology, and his most important contribution, Diseases of the Nervous System. He even became the editor of the prestigious journal Brain. W.R. Brain was the sole author of the first six editions of Diseases of the Nervous System, and many other editions have also been published posthumously, the latest in 2009. This monograph includes chapters on a variety of entities including porphyria, altered cognitive development, disorders of muscle, coma, and neurosyphillis, among others. The aim of this article is to pay tribute to the author of what is still regarded as a model neurology treatise.