Bourneville: a neurologist in action 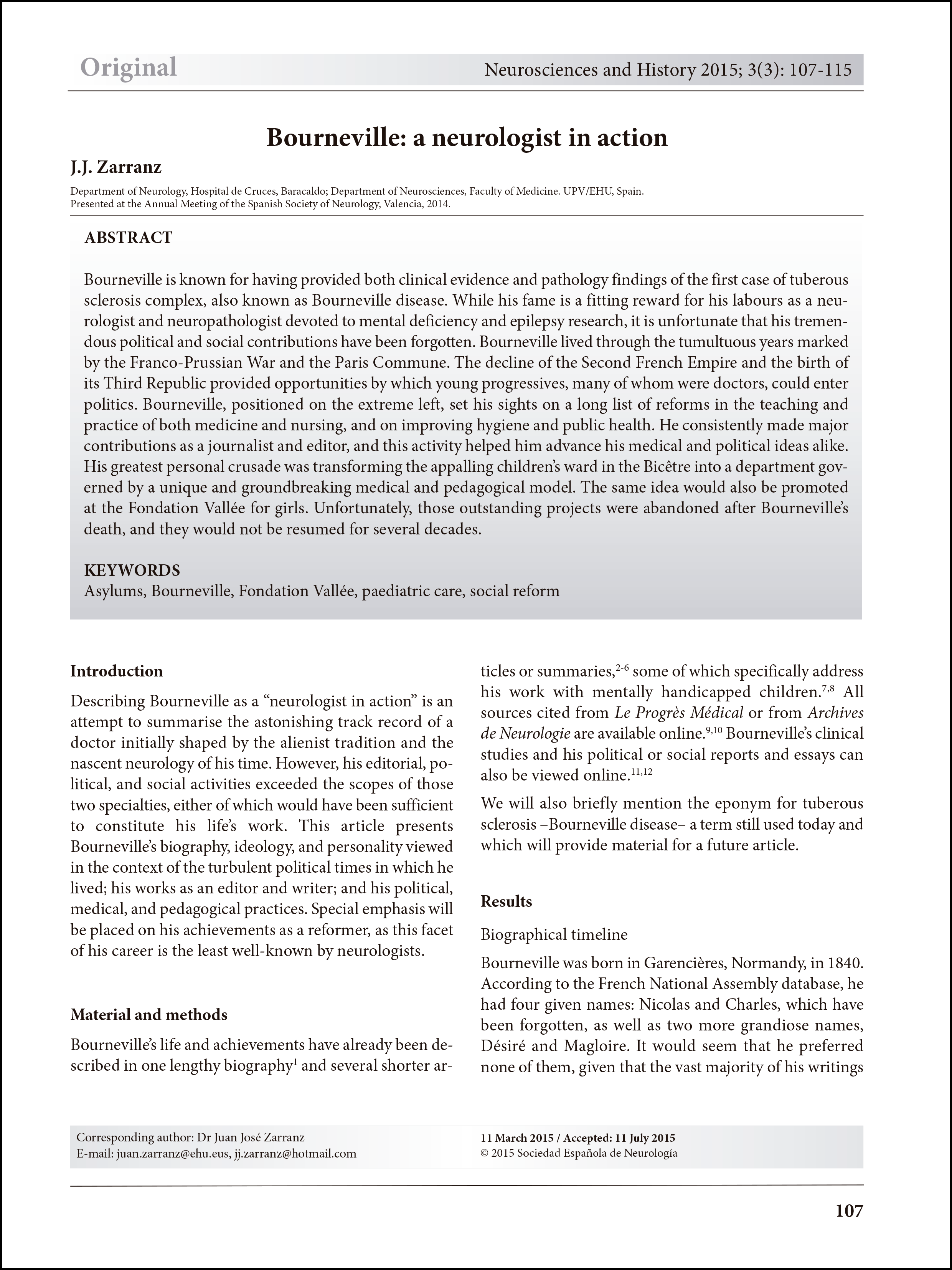 Bourneville is known for having provided both clinical evidence and pathology findings of the first case of tuberous sclerosis complex, also known as Bourneville disease. While his fame is a fitting reward for his labours as a neurologist and neuropathologist devoted to mental deficiency and epilepsy research, it is unfortunate that his tremendous political and social contributions have been forgotten. Bourneville lived through the tumultuous years marked by the Franco-Prussian War and the Paris Commune. The decline of the Second French Empire and the birth of its Third Republic provided opportunities by which young progressives, many of whom were doctors, could enter politics. Bourneville, positioned on the extreme left, set his sights on a long list of reforms in the teaching and practice of both medicine and nursing, and on improving hygiene and public health. He consistently made major contributions as a journalist and editor, and this activity helped him advance his medical and political ideas alike. His greatest personal crusade was transforming the appalling children's ward in the Bicêtre into a department governed by a unique and groundbreaking medical and pedagogical model. The same idea would also be promoted at the Fondation Vallée for girls. Unfortunately, those outstanding projects were abandoned after Bourneville's death, and they would not be resumed for several decades.