The history of leucotomy 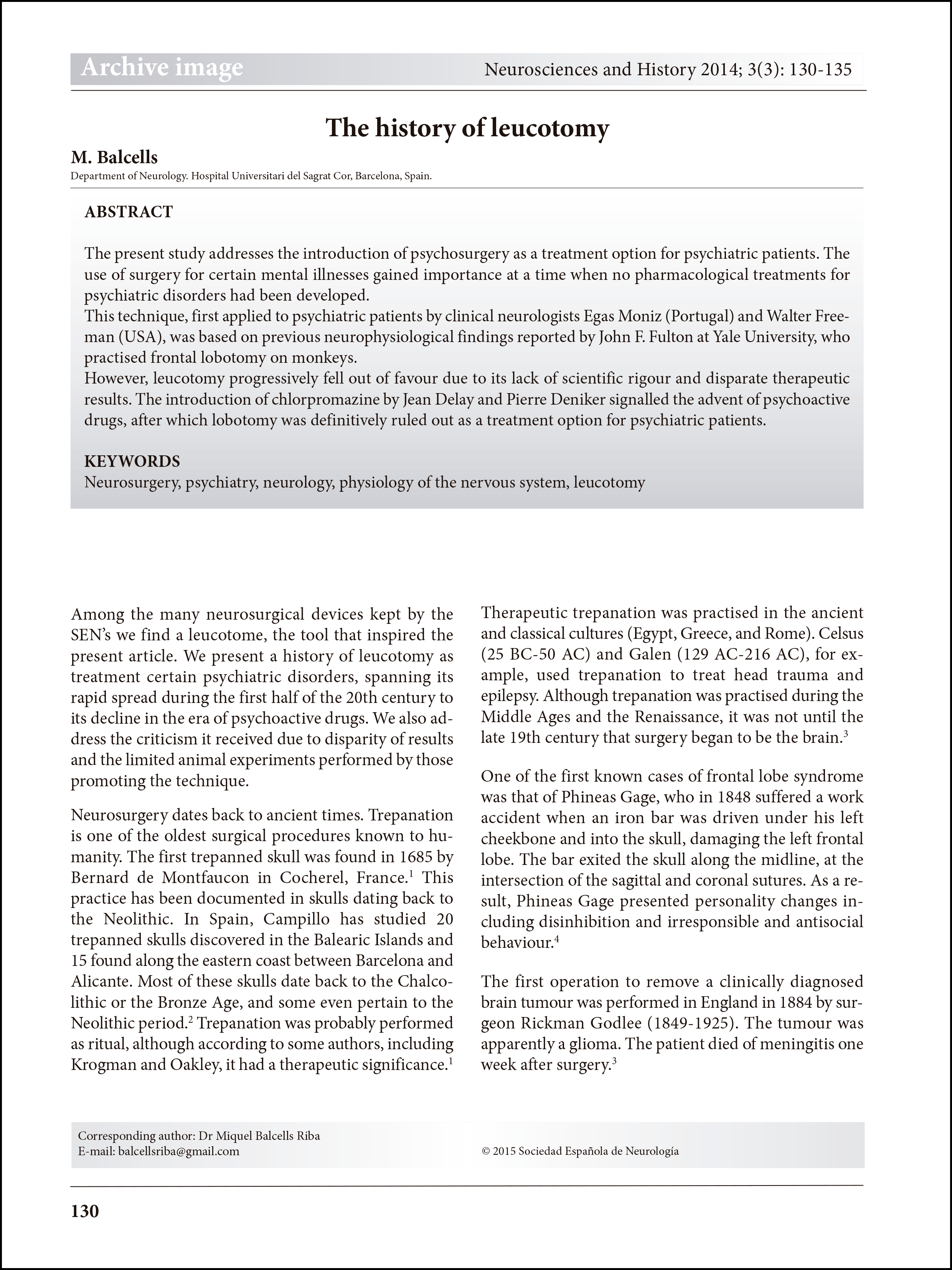 The present study addresses the introduction of psychosurgery as a treatment option for psychiatric patients. The use of surgery for certain mental illnesses gained importance at a time when no pharmacological treatments for psychiatric disorders had been developed. This technique, first applied to psychiatric patients by clinical neurologists Egas Moniz (Portugal) and Walter Freeman (USA), was based on previous neurophysiological findings reported by John F. Fulton at Yale University, who practised frontal lobotomy on monkeys. However, leucotomy progressively fell out of favour due to its lack of scientific rigour and disparate therapeutic results. The introduction of chlorpromazine by Jean Delay and Pierre Deniker signalled the advent of psychoactive drugs, after which lobotomy was definitively ruled out as a treatment option for psychiatric patients.