Cerebral degeneration and Spanish alienists in the 19th century: cranial and facial features as explained by expert witnesses 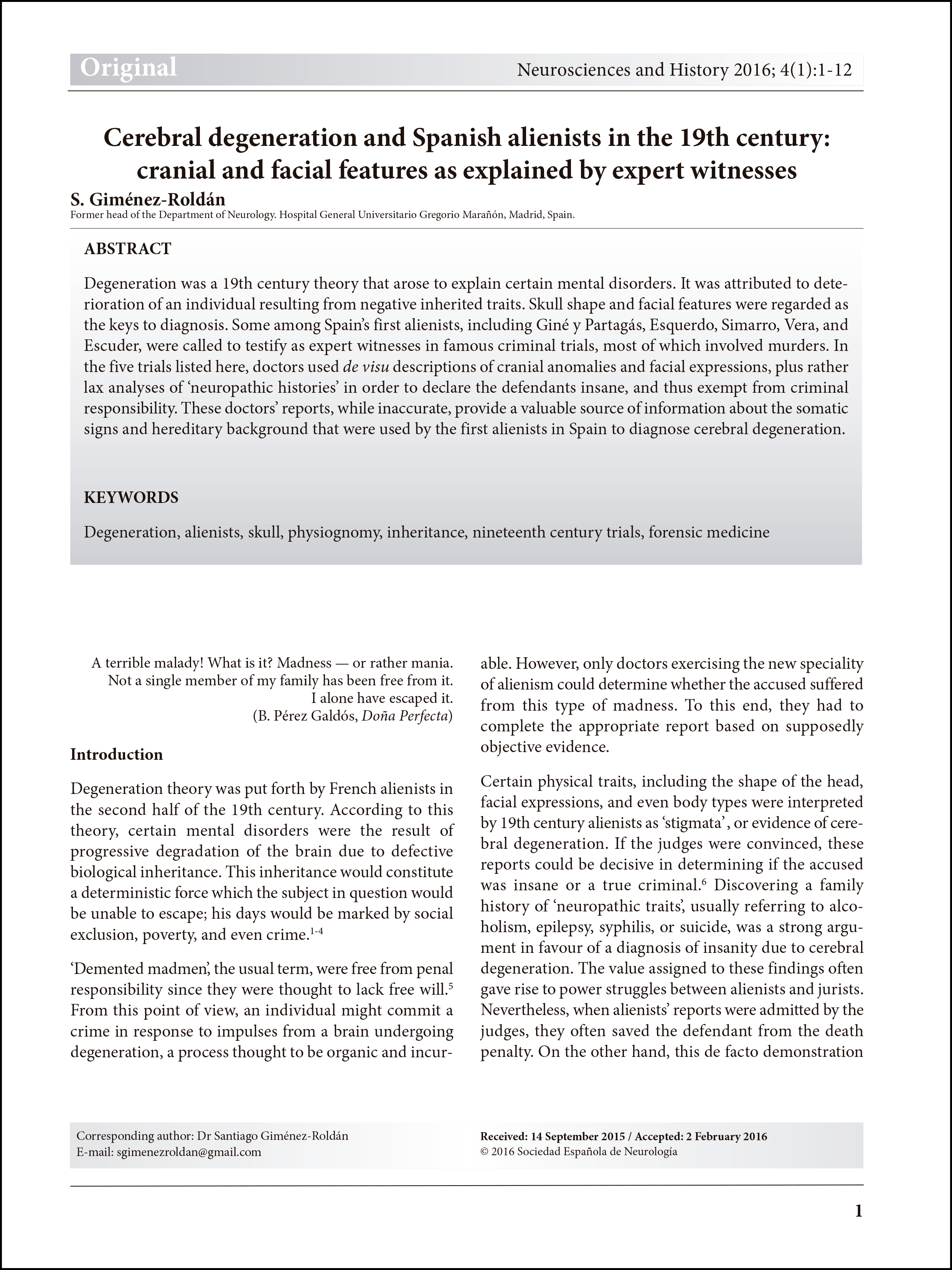 Degeneration was a 19th century theory that arose to explain certain mental disorders. It was attributed to deterioration of an individual resulting from negative inherited traits. Skull shape and facial features were regarded as the keys to diagnosis. Some among Spain’s first alienists, including Giné y Partagás, Esquerdo, Simarro, Vera, and Escuder, were called to testify as expert witnesses in famous criminal trials, most of which involved murders. In the five trials listed here, doctors used de visu descriptions of cranial anomalies and facial expressions, plus rather lax analyses of ‘neuropathic histories’ in order to declare the defendants insane, and thus exempt from criminal responsibility. These doctors’ reports, while inaccurate, provide a valuable source of information about the somatic signs and hereditary background that were used by the first alienists in Spain to diagnose cerebral degeneration.