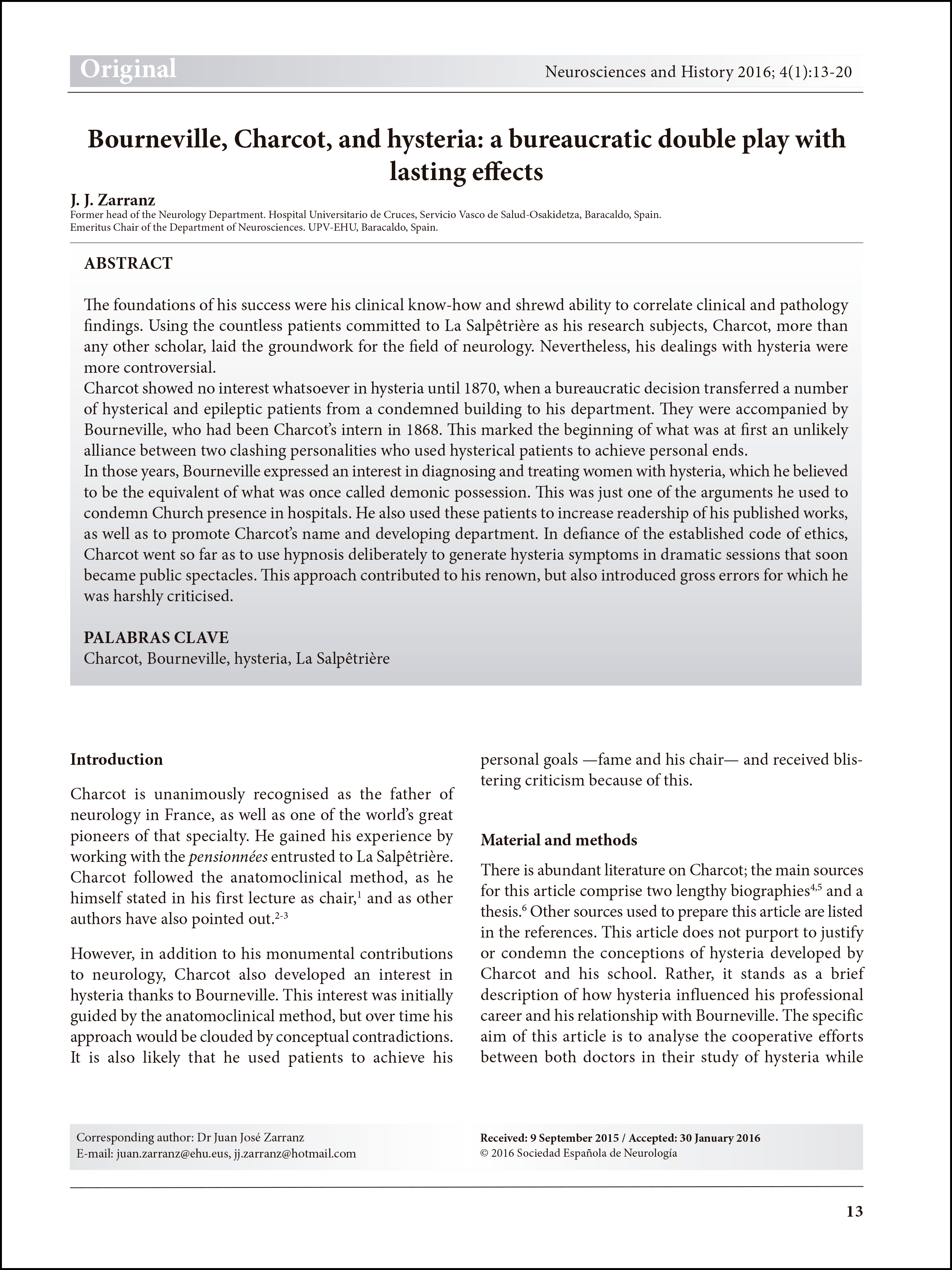 The foundations of his success were his clinical know-how and shrewd ability to correlate clinical and pathology findings. Using the countless patients committed to La Salpêtrière as his research subjects, Charcot, more than any other scholar, laid the groundwork for the field of neurology. Nevertheless, his dealings with hysteria were more controversial. Charcot showed no interest whatsoever in hysteria until 1870, when a bureaucratic decision transferred a number of hysterical and epileptic patients from a condemned building to his department. They were accompanied by Bourneville, who had been Charcot’s intern in 1868. This marked the beginning of what was at first an unlikely alliance between two clashing personalities who used hysterical patients to achieve personal ends. In those years, Bourneville expressed an interest in diagnosing and treating women with hysteria, which he believed to be the equivalent of what was once called demonic possession. This was just one of the arguments he used to condemn Church presence in hospitals. He also used these patients to increase readership of his published works, as well as to promote Charcot’s name and developing department. In defiance of the established code of ethics, Charcot went so far as to use hypnosis deliberately to generate hysteria symptoms in dramatic sessions that soon became public spectacles. This approach contributed to his renown, but also introduced gross errors for which he was harshly criticised.