Swann’s way: Proust as a neurobiologist and neurologist 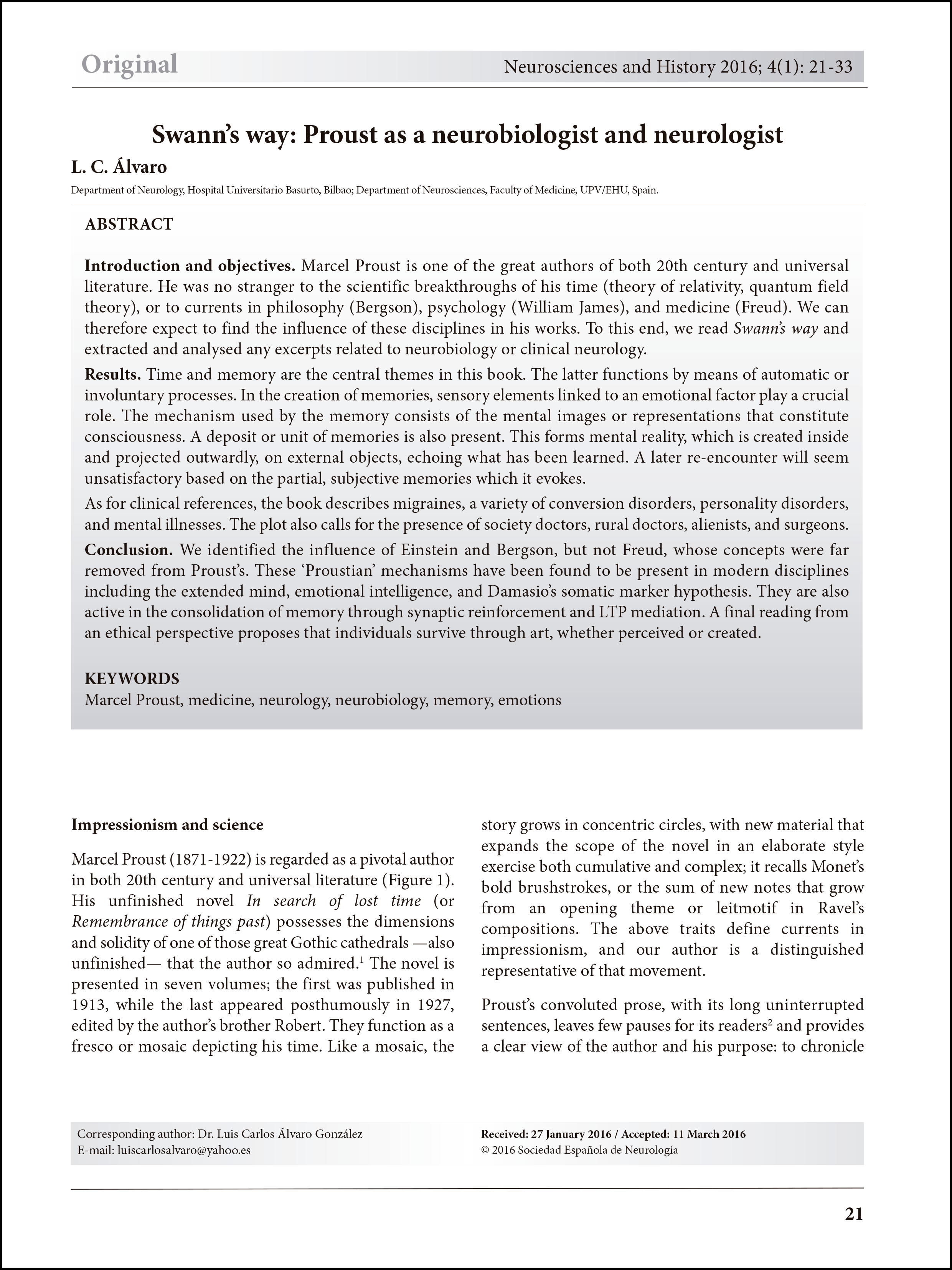 Introduction and objectives. Marcel Proust is one of the great authors of both 20th century and universal literature. He was no stranger to the scientific breakthroughs of his time (theory of relativity, quantum field theory), or to currents in philosophy (Bergson), psychology (William James), and medicine (Freud). We can therefore expect to find the influence of these disciplines in his works. To this end, we read Swann’s way and extracted and analysed any excerpts related to neurobiology or clinical neurology.

Results. Time and memory are the central themes in this book. The latter functions by means of automatic or involuntary processes. In the creation of memories, sensory elements linked to an emotional factor play a crucial role. The mechanism used by the memory consists of the mental images or representations that constitute consciousness. A deposit or unit of memories is also present. This forms mental reality, which is created inside and projected outwardly, on external objects, echoing what has been learned. A later re-encounter will seem unsatisfactory based on the partial, subjective memories which it evokes.
As for clinical references, the book describes migraines, a variety of conversion disorders, personality disorders, and mental illnesses. The plot also calls for the presence of society doctors, rural doctors, alienists, and surgeons.

Conclusion. We identified the influence of Einstein and Bergson, but not Freud, whose concepts were far removed from Proust’s. These ‘Proustian’ mechanisms have been found to be present in modern disciplines including the extended mind, emotional intelligence, and Damasio’s somatic marker hypothesis. They are also active in the consolidation of memory through synaptic reinforcement and LTP mediation. A final reading from an ethical perspective proposes that individuals survive through art, whether perceived or created.