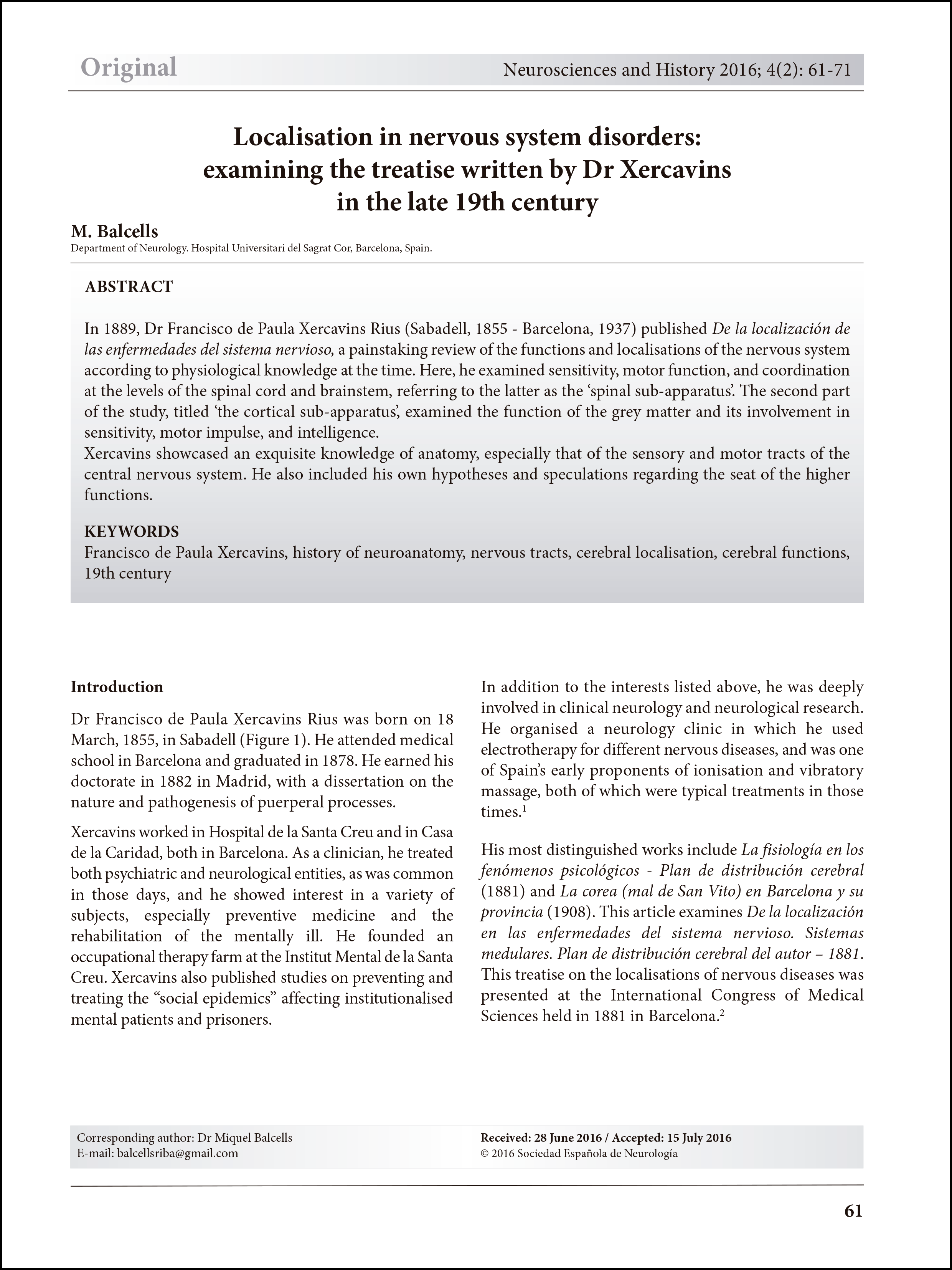 In 1889, Dr Francisco de Paula Xercavins Rius (Sabadell, 1855 - Barcelona, 1937) published De la localización de las enfermedades del sistema nervioso, a painstaking review of the functions and localisations of the nervous system according to physiological knowledge at the time. Here, he examined sensitivity, motor function, and coordination at the levels of the spinal cord and brainstem, referring to the latter as the ‘spinal sub-apparatus’. The second part of the study, titled ‘the cortical sub-apparatus’, examined the function of the grey matter and its involvement in sensitivity, motor impulse, and intelligence.
Xercavins showcased an exquisite knowledge of anatomy, especially that of the sensory and motor tracts of the central nervous system. He also included his own hypotheses and speculations regarding the seat of the higher functions.