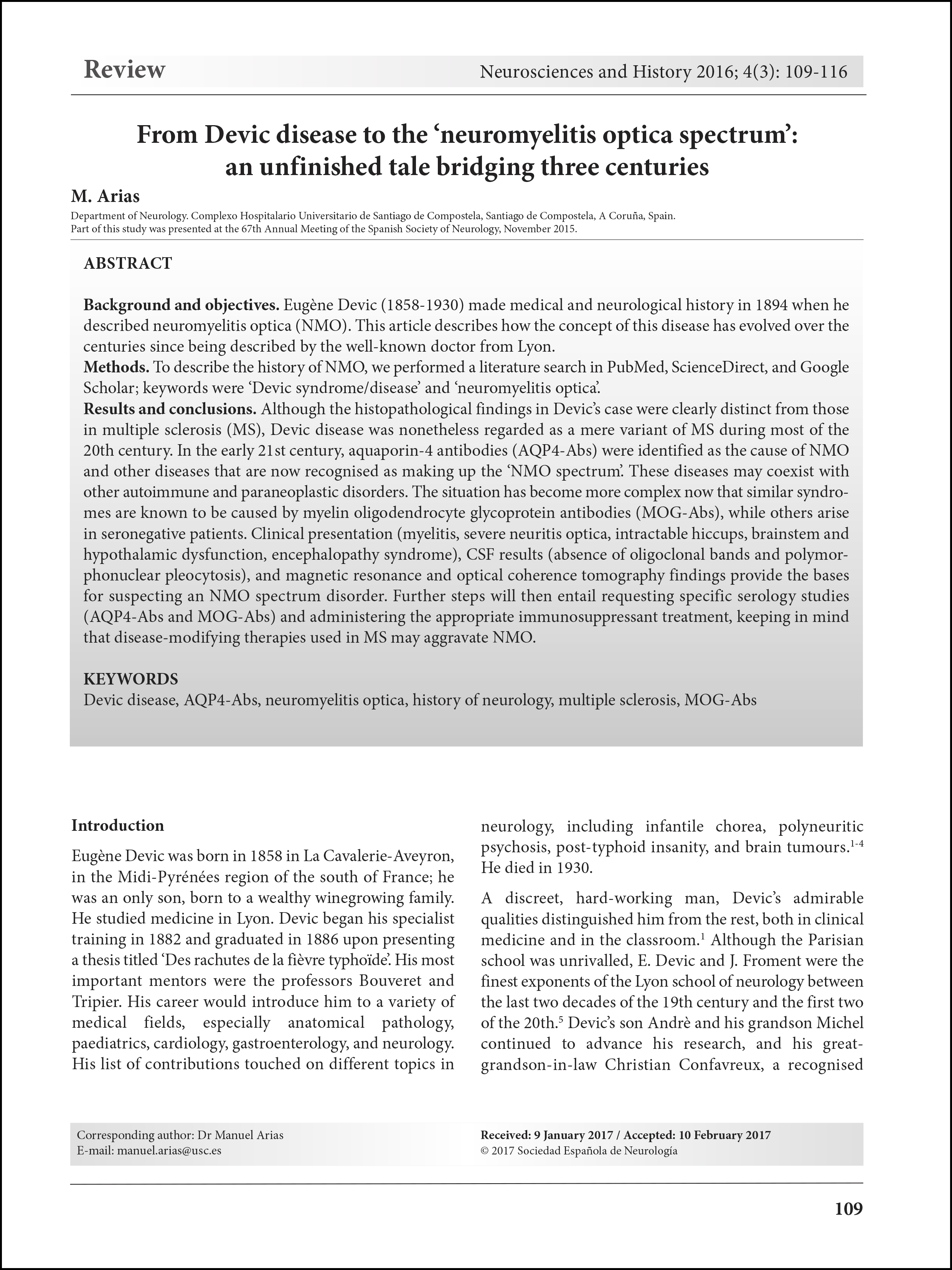 Background and objectives. Eugène Devic (1858-1930) made medical and neurological history in 1894 when he described neuromyelitis optica (NMO). This article describes how the concept of this disease has evolved over the centuries since being described by the well-known doctor from Lyon.

Methods. To describe the history of NMO, we performed a literature search in PubMed, ScienceDirect, and Google Scholar; keywords were ‘Devic syndrome/disease’ and ‘neuromyelitis optica’.

Results and conclusions. Although the histopathological findings in Devic’s case were clearly distinct from those in multiple sclerosis (MS), Devic disease was nonetheless regarded as a mere variant of MS during most of the 20th century. In the early 21st century, aquaporin-4 antibodies were identified as the cause of NMO and other diseases that are now recognised as making up the ‘NMO spectrum’. These diseases may coexist with other autoimmune and paraneoplastic disorders. The situation has become more complex now that similar syndromes are known to be caused by myelin oligodendrocyte glycoprotein antibodies (MOG-Abs), while others arise in seronegative patients. Clinical presentation (myelitis, severe neuritis optica, intractable hiccups, brainstem and hypothalamic dysfunction, encephalopathy syndrome), CSF results (absence of oligoclonal bands and polymorphonuclear pleocytosis), and magnetic resonance and optical coherence tomography findings provide the bases forsuspecting an NMO spectrum disorder. Further steps will then entail requesting specific serology studies (AQP4-Abs and MOG-Abs) and administering the appropriate immunosuppressant treatment, keeping in mind that disease modifying therapies used in MS may aggravate NMO.