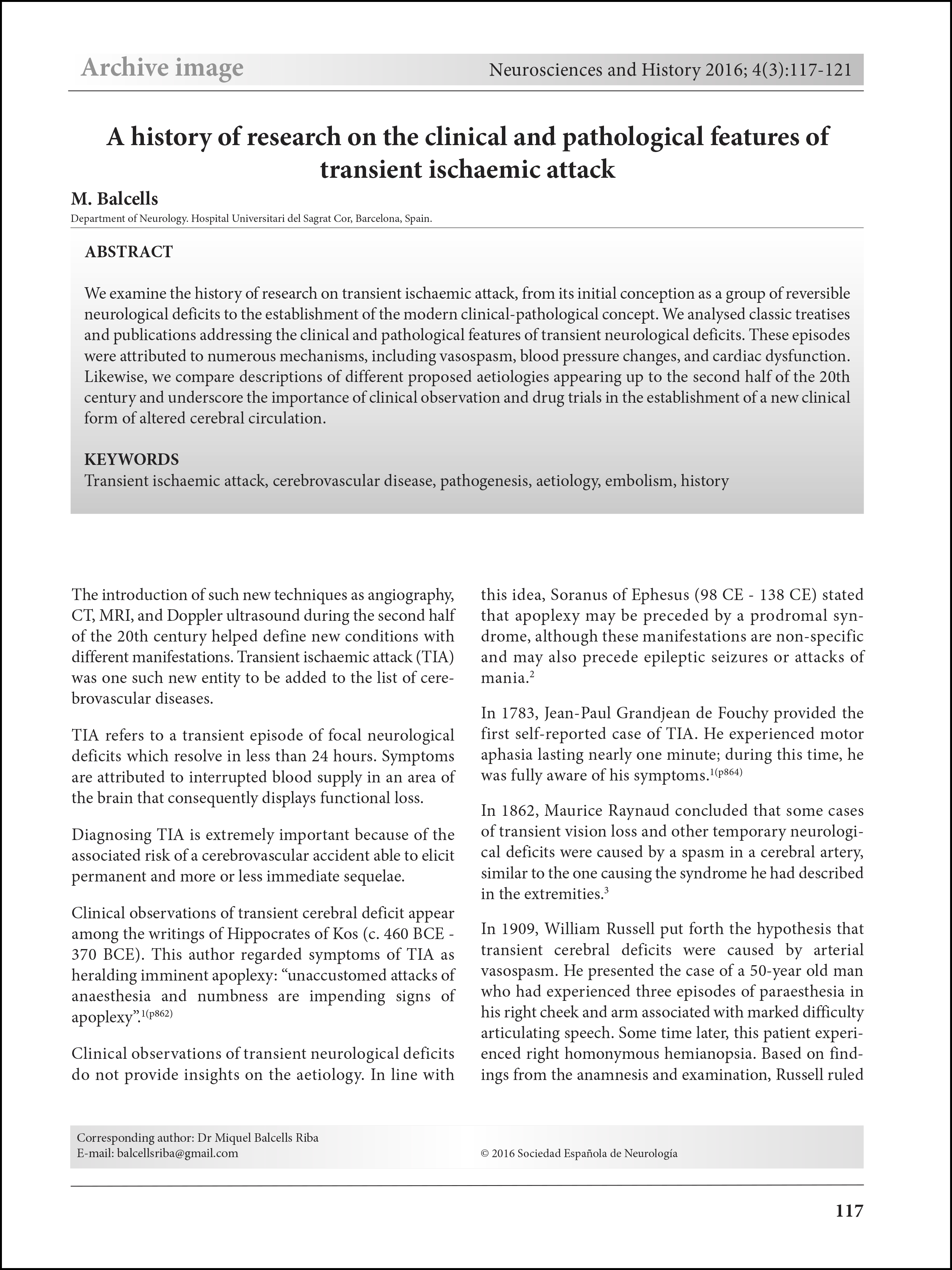 We examine the history of research on transient ischaemic attack, from its initial conception as a group of reversible neurological deficits to the establishment of the modern clinical-pathological concept. We analysed classic treatises and publications addressing the clinical and pathological features of transient neurological deficits. These episodes were attributed to numerous mechanisms, including vasospasm, blood pressure changes, and cardiac dysfunction. Likewise, we compare descriptions of different proposed aetiologies appearing up to the second half of the 20th century and underscore the importance of clinical observation and drug trials in the establishment of a new clinical form of altered cerebral circulation.