Huntington disease: a journey through history 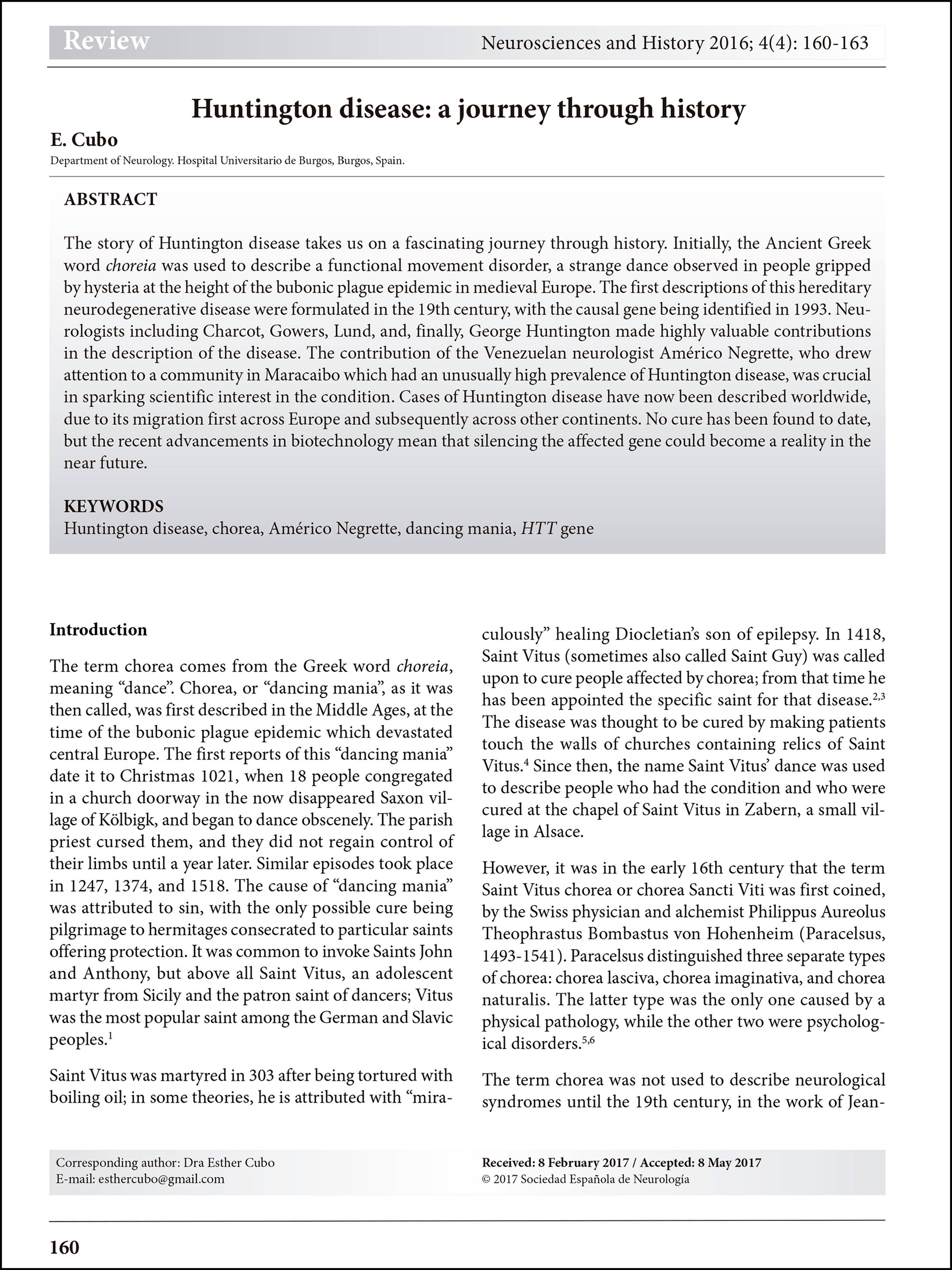 The story of Huntington disease takes us on a fascinating journey through history. Initially, the Ancient Greek word choreia was used to describe a functional movement disorder, a strange dance observed in people gripped by hysteria at the height of the bubonic plague epidemic in medieval Europe. The first descriptions of this hereditary neurodegenerative disease were formulated in the 19th century, with the causal gene being identified in 1993. Neurologists including Charcot, Gowers, Lund, and, finally, George Huntington made highly valuable contributions in the description of the disease. The contribution of the Venezuelan neurologist Américo Negrette, who drew attention to a community in Maracaibo which had an unusually high prevalence of Huntington disease, was crucial in sparking scientific interest in the condition. Cases of Huntington disease have now been described worldwide, due to its migration first across Europe and subsequently across other continents. No cure has been found to date, but the recent advancements in biotechnology mean that silencing the affected gene could become a reality in the near future.