Neurosciences and philosophy: what is new in the 21st century? 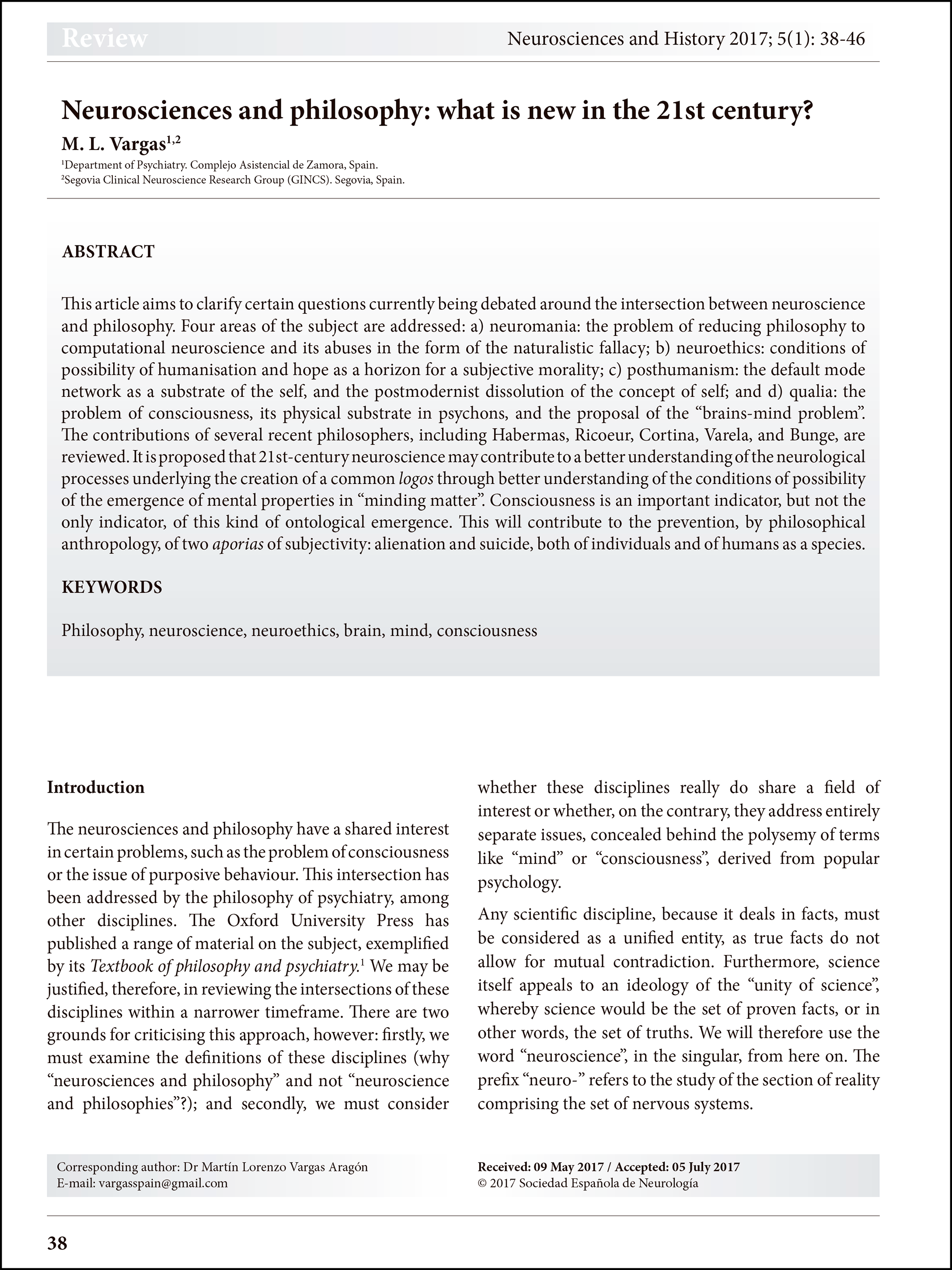 This article aims to clarify certain questions currently being debated around the intersection between neuroscience and philosophy. Four areas of the subject are addressed: a) neuromania: the problem of reducing philosophy to computational neuroscience and its abuses in the form of the naturalistic fallacy; b) neuroethics: conditions of possibility of humanisation and hope as a horizon for a subjective morality; c) posthumanism: the default mode network as a substrate of the self, and the postmodernist dissolution of the concept of self; and d) qualia: the problem of consciousness, its physical substrate in psychons, and the proposal of the “brains-mind problem”. The contributions of several recent philosophers, including Habermas, Ricoeur, Cortina, Varela, and Bunge, are reviewed. It is proposed that 21st-century neuroscience may contribute to a better understanding of the neurological processes underlying the creation of a common logos through better understanding of the conditions of possibility of the emergence of mental properties in “minding matter”. Consciousness is an important indicator, but not the only indicator, of this kind of ontological emergence. This will contribute to the prevention, by philosophical anthropology, of two aporias of subjectivity: alienation and suicide, both of individuals and of humans as a species.