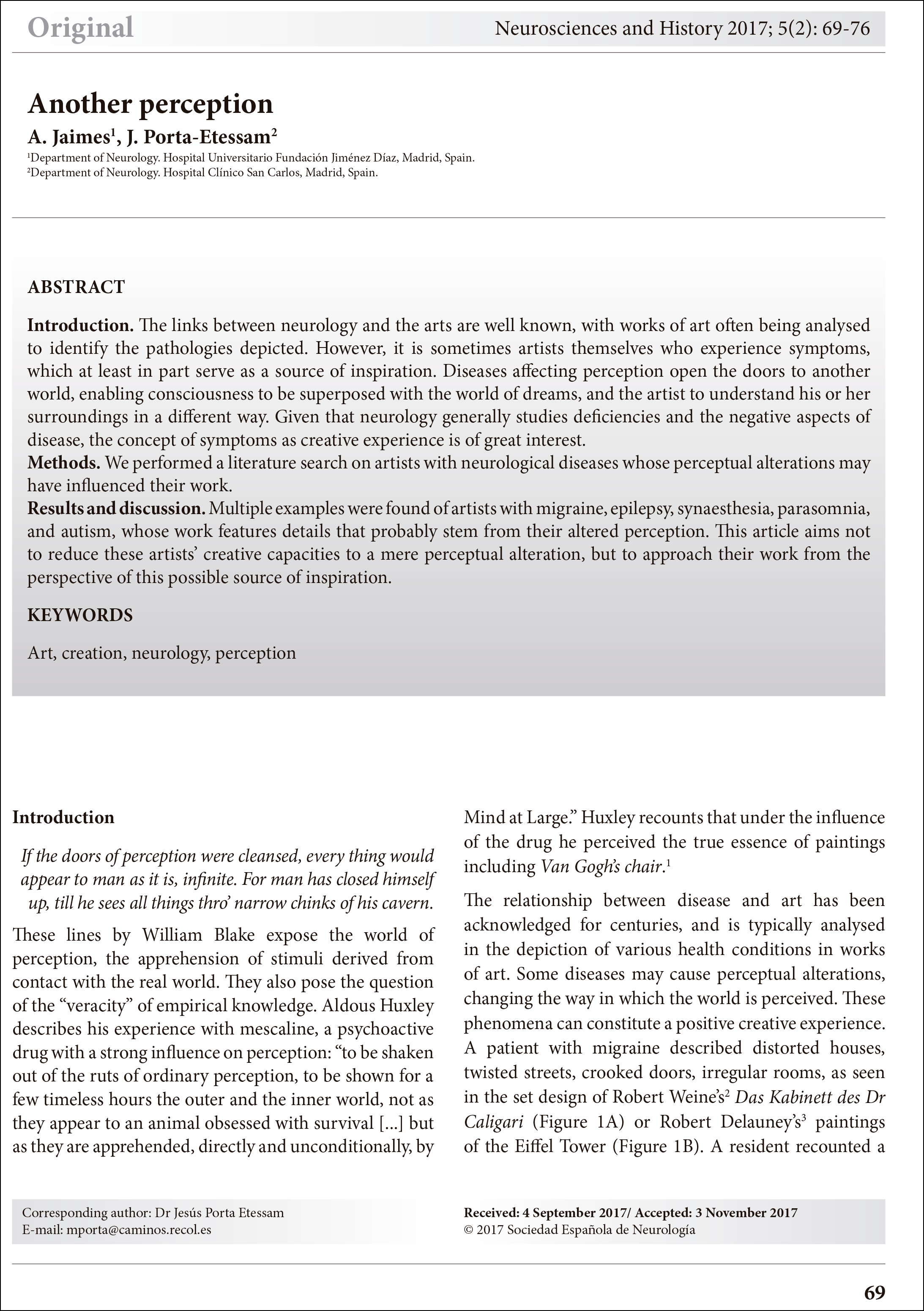 Introduction. The links between neurology and the arts are well known, with works of art often being analysed to identify the pathologies depicted. However, it is sometimes artists themselves who experience symptoms, which at least in part serve as a source of inspiration. Diseases affecting perception open the doors to another world, enabling consciousness to be superposed with the world of dreams, and the artist to understand his or her surroundings in a different way. Given that neurology generally studies deficiencies and the negative aspects of disease, the concept of symptoms as creative experience is of great interest.

Methods. We performed a literature search on artists with neurological diseases whose perceptual alterations may have influenced their work.

Results and discussion. Multiple examples were found of artists with migraine, epilepsy, synaesthesia, parasomnia, and autism, whose work features details that probably stem from their altered perception. This article aims not to reduce these artists’ creative capacities to a mere perceptual alteration, but to approach their work from the perspective of this possible source of inspiration.