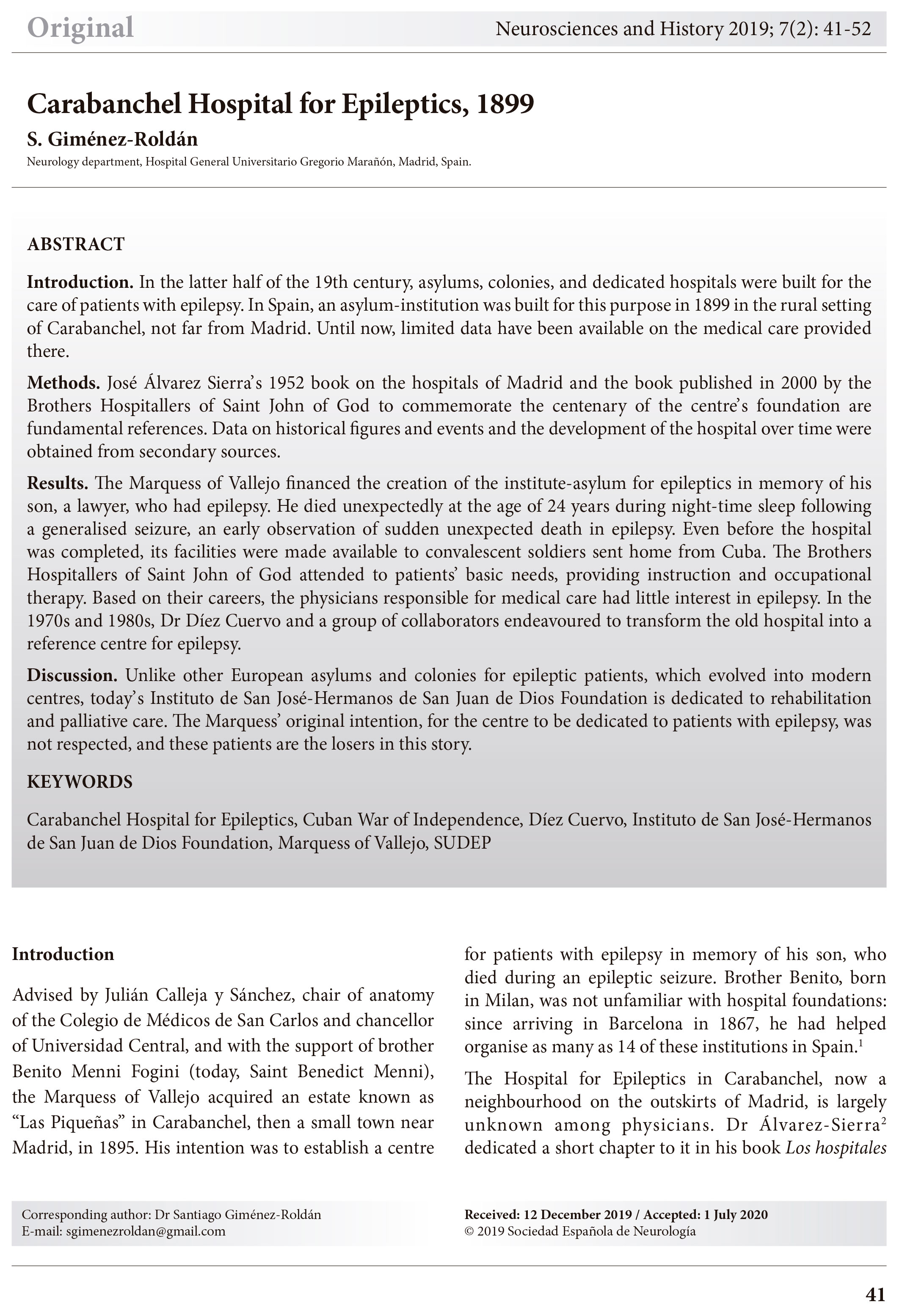 Introduction. In the latter half of the 19th century, asylums, colonies, and dedicated hospitals were built for the care of patients with epilepsy. In Spain, an asylum-institution was built for this purpose in 1899 in the rural setting of Carabanchel, not far from Madrid. Until now, limited data have been available on the medical care provided there.

Methods. José Álvarez Sierra’s 1952 book on the hospitals of Madrid and the book published in 2000 by the Brothers Hospitallers of Saint John of God to commemorate the centenary of the centre’s foundation are fundamental references. Data on historical figures and events and the development of the hospital over time were obtained from secondary sources.

Results. The Marquess of Vallejo financed the creation of the institute-asylum for epileptics in memory of his son, a lawyer, who had epilepsy. He died unexpectedly at the age of 24 years during night-time sleep following a generalised seizure, an early observation of sudden unexpected death in epilepsy. Even before the hospital was completed, its facilities were made available to convalescent soldiers sent home from Cuba. The Brothers Hospitallers of Saint John of God attended to patients’ basic needs, providing instruction and occupational therapy. Based on their careers, the physicians responsible for medical care had little interest in epilepsy. In the 1970s and 1980s, Dr Díez Cuervo and a group of collaborators endeavoured to transform the old hospital into a reference centre for epilepsy.

Discussion. Unlike other European asylums and colonies for epileptic patients, which evolved into modern centres, today’s Instituto de San José-Hermanos de San Juan de Dios Foundation is dedicated to rehabilitation and palliative care. The Marquess’ original intention, for the centre to be dedicated to patients with epilepsy, was not respected, and these patients are the losers in this story.