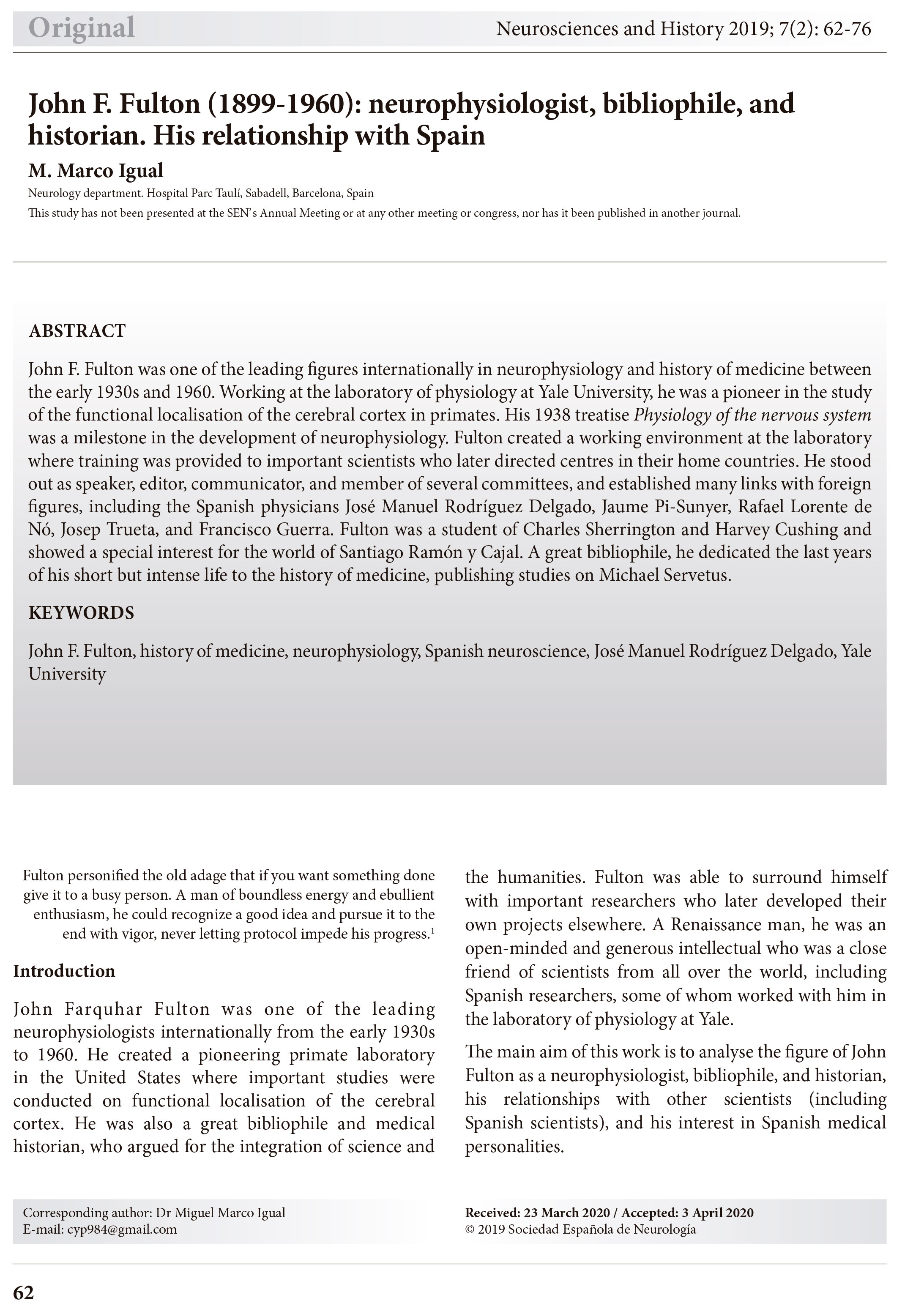 John F. Fulton was one of the leading figures internationally in neurophysiology and history of medicine between the early 1930s and 1960. Working at the laboratory of physiology at Yale University, he was a pioneer in the study of the functional localisation of the cerebral cortex in primates. His 1938 treatise Physiology of the nervous system was a milestone in the development of neurophysiology. Fulton created a working environment at the laboratory where training was provided to important scientists who later directed centres in their home countries. He stood out as speaker, editor, communicator, and member of several committees, and established many links with foreign figures, including the Spanish physicians José Manuel Rodríguez Delgado, Jaume Pi-Sunyer, Rafael Lorente de Nó, Josep Trueta, and Francisco Guerra. Fulton was a student of Charles Sherrington and Harvey Cushing and showed a special interest for the world of Santiago Ramón y Cajal. A great bibliophile, he dedicated the last years of his short but intense life to the history of medicine, publishing studies on Michael Servetus.