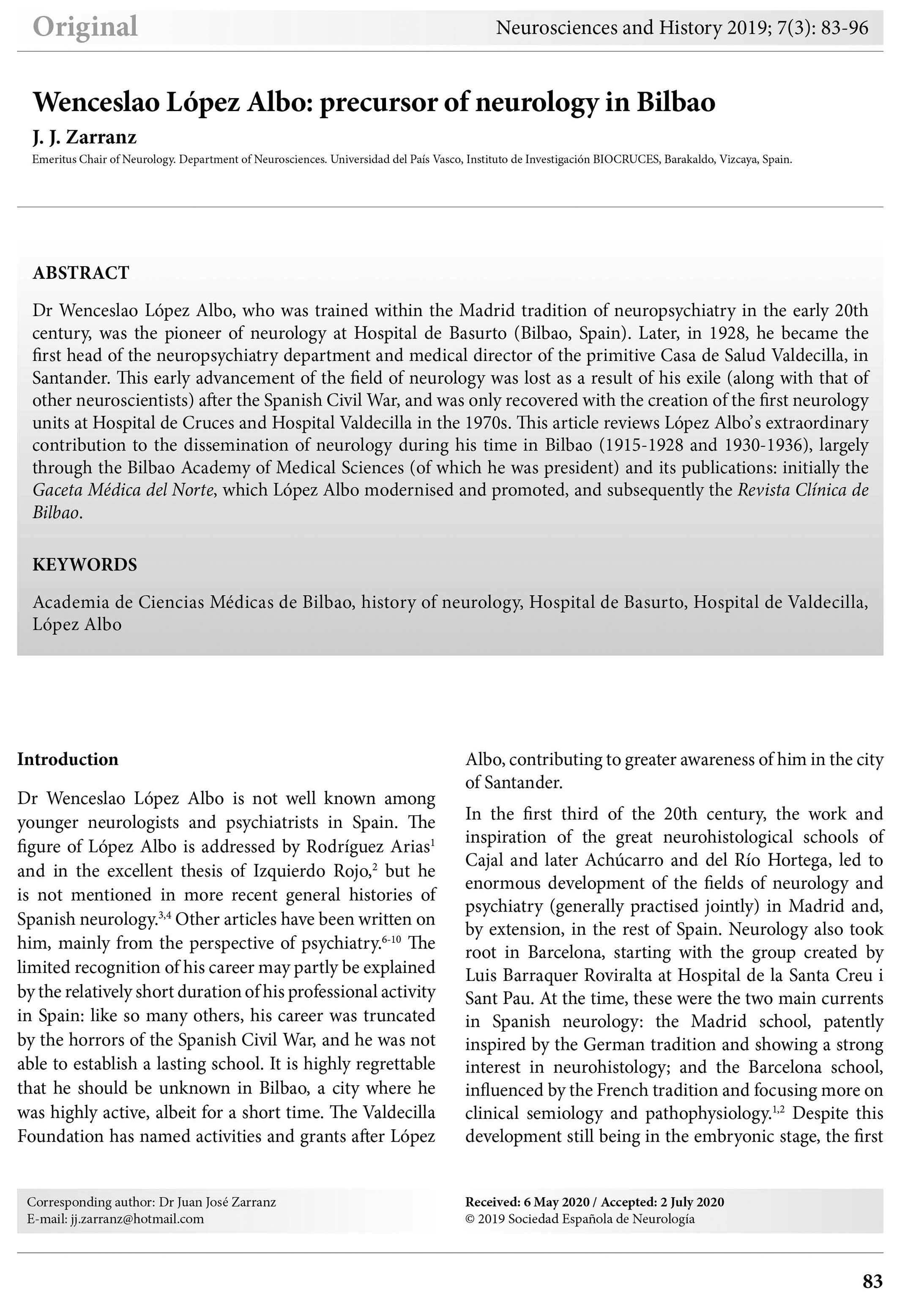 Dr Wenceslao López Albo, who was trained within the Madrid tradition of neuropsychiatry in the early 20th century, was the pioneer of neurology at Hospital de Basurto (Bilbao, Spain). Later, in 1928, he became the first head of the neuropsychiatry department and medical director of the primitive Casa de Salud Valdecilla, in Santander. This early advancement of the field of neurology was lost as a result of his exile (along with that of other neuroscientists) after the Spanish Civil War, and was only recovered with the creation of the first neurology units at Hospital de Cruces and Hospital Valdecilla in the 1970s. This article reviews López Albo’s extraordinary contribution to the dissemination of neurology during his time in Bilbao (1915-1928 and 1930-1936), largely through the Bilbao Academy of Medical Sciences (of which he was president) and its publications: initially the Gaceta Médica del Norte, which López Albo modernised and promoted, and subsequently the Revista Clínica de Bilbao.