Raisa Golant (1885-1953), a Jewish neuropsychiatrist in the Soviet Union: following the footsteps of Vladimir Bekhterev 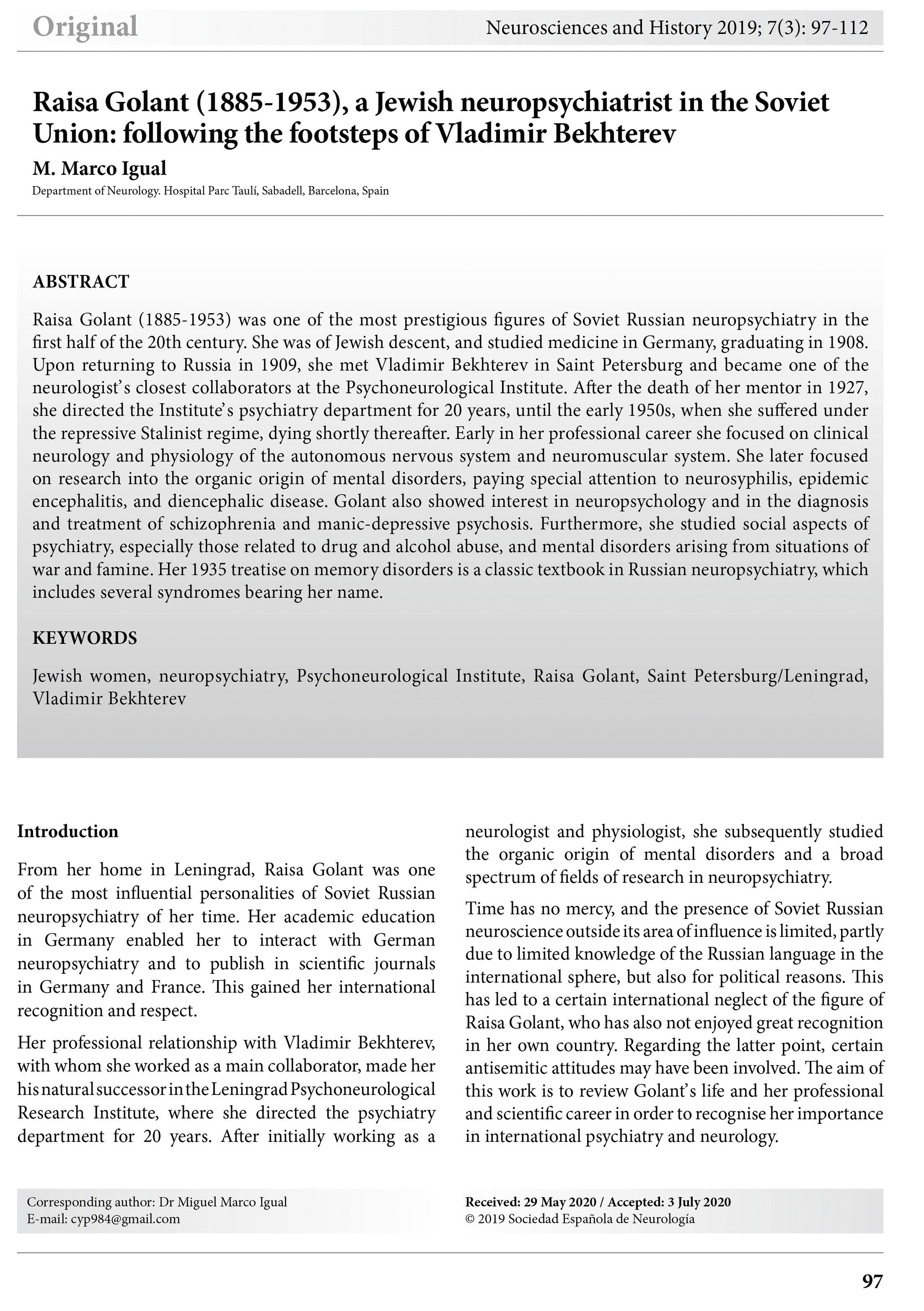 Raisa Golant (1885-1953) was one of the most prestigious figures of Soviet Russian neuropsychiatry in the first half of the 20th century. She was of Jewish descent, and studied medicine in Germany, graduating in 1908. Upon returning to Russia in 1909, she met Vladimir Bekhterev in Saint Petersburg and became one of the neurologist’s closest collaborators at the Psychoneurological Institute. After the death of her mentor in 1927, she directed the Institute’ s psychiatry department for 20 years, until the early 1950s, when she suffered under the repressive Stalinist regime, dying shortly thereafter. Early in her professional career she focused on clinical neurology and physiology of the autonomous nervous system and neuromuscular system. She later focused on research into the organic origin of mental disorders, paying special attention to neurosyphilis, epidemic encephalitis, and diencephalic disease. Golant also showed interest in neuropsychology and in the diagnosis and treatment of schizophrenia and manic-depressive psychosis. Furthermore, she studied social aspects of psychiatry, especially those related to drug and alcohol abuse, and mental disorders arising from situations of war and famine. Her 1935 treatise on memory disorders is a classic textbook in Russian neuropsychiatry, which includes several syndromes bearing her name.