The medical and surgical diseases of John Fitzgerald Kennedy 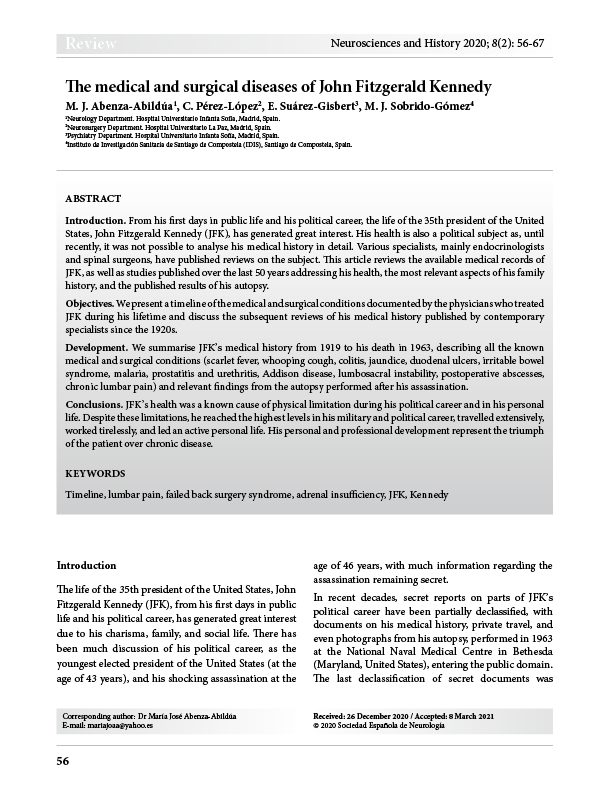 Introduction. From his first days in public life and his political career, the life of the 35th president of the United States, John Fitzgerald Kennedy (JFK), has generated great interest. His health is also a political subject as, until recently, it was not possible to analyse his medical history in detail. Various specialists, mainly endocrinologists and spinal surgeons, have published reviews on the subject. This article reviews the available medical records of JFK, as well as studies published over the last 50 years addressing his health, the most relevant aspects of his family history, and the published results of his autopsy.

Objectives. We present a timeline of the medical and surgical conditions documented by the physicians who treated JFK during his lifetime and discuss the subsequent reviews of his medical history published by contemporary specialists since the 1920s.