Sulfosin, a centennial drug between therapy and punishment 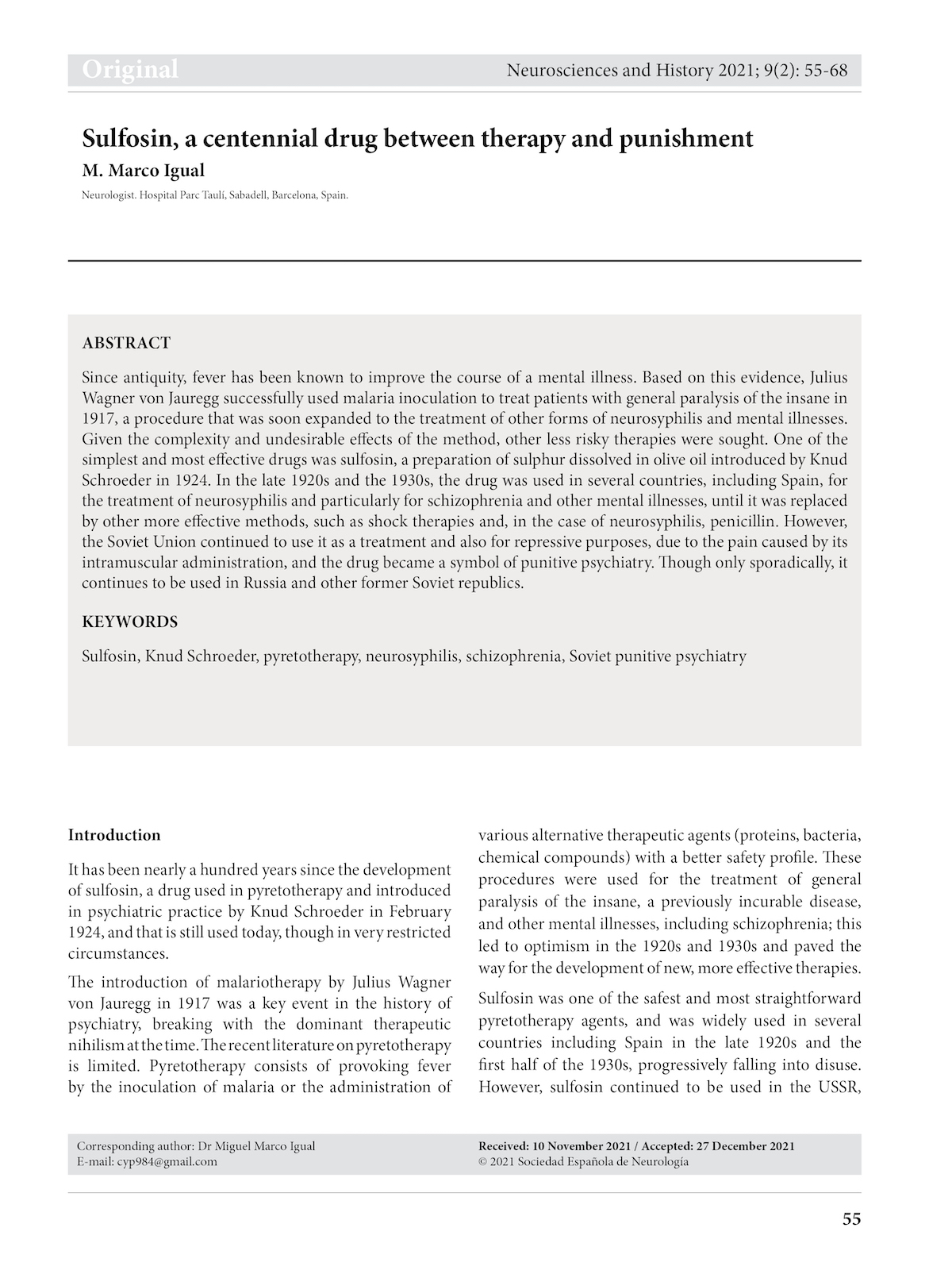 Since antiquity, fever has been known to improve the course of a mental illness. Based on this evidence, Julius Wagner von Jauregg successfully used malaria inoculation to treat patients with general paralysis of the insane in 1917, a procedure that was soon expanded to the treatment of other forms of neurosyphilis and mental illnesses. Given the complexity and undesirable effects of the method, other less risky therapies were sought. One of the simplest and most effective drugs was sulfosin, a preparation of sulphur dissolved in olive oil introduced by Knud Schroeder in 1924. In the late 1920s and the 1930s, the drug was used in several countries, including Spain, for the treatment of neurosyphilis and particularly for schizophrenia and other mental illnesses, until it was replaced by other more effective methods, such as shock therapies and, in the case of neurosyphilis, penicillin. However, the Soviet Union continued to use it as a treatment and also for repressive purposes, due to the pain caused by its intramuscular administration, and the drug became a symbol of punitive psychiatry. Though only sporadically, it continues to be used in Russia and other former Soviet republics.