The science and philosophy of memory in the 21st century. Part I. A hermeneutic approach 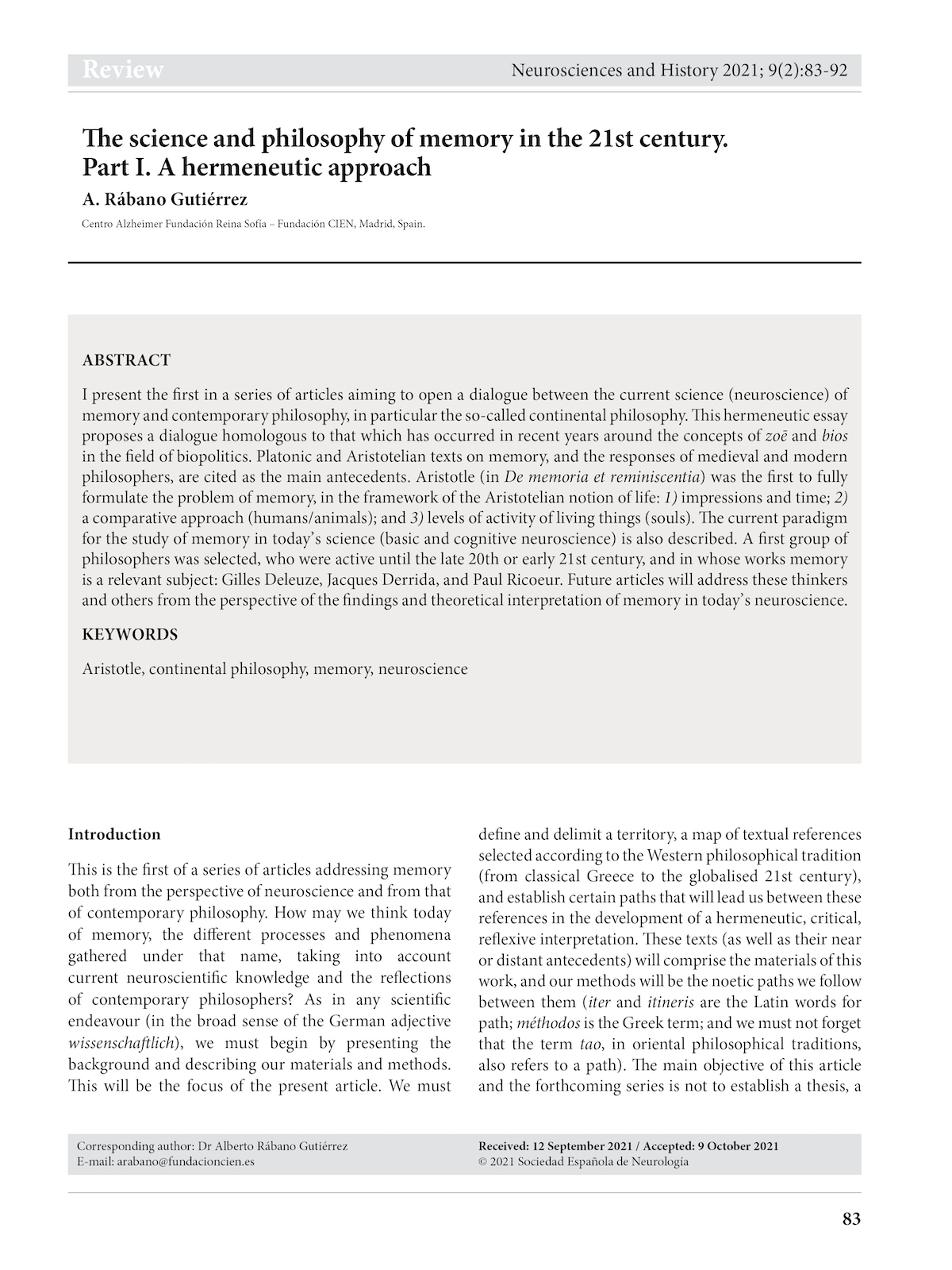 I present the first in a series of articles aiming to open a dialogue between the current science (neuroscience) of memory and contemporary philosophy, in particular the so-called continental philosophy. This hermeneutic essay proposes a dialogue homologous to that which has occurred in recent years around the concepts of zoē and bios in the field of biopolitics. Platonic and Aristotelian texts on memory, and the responses of medieval and modern philosophers, are cited as the main antecedents. Aristotle (in De memoria et reminiscentia) was the first to fully formulate the problem of memory, in the framework of the Aristotelian notion of life: 1) impressions and time; 2) a comparative approach (humans/animals); and 3) levels of activity of living things (souls). The current paradigm for the study of memory in today’ s science (basic and cognitive neuroscience) is also described. A first group of philosophers was selected, who were active until the late 20th or early 21st century, and in whose works memory is a relevant subject: Gilles Deleuze, Jacques Derrida, and Paul Ricoeur. Future articles will address these thinkers and others from the perspective of the findings and theoretical interpretation of memory in today’s neuroscience.