The life and work of Dr Román Alberca Lorente 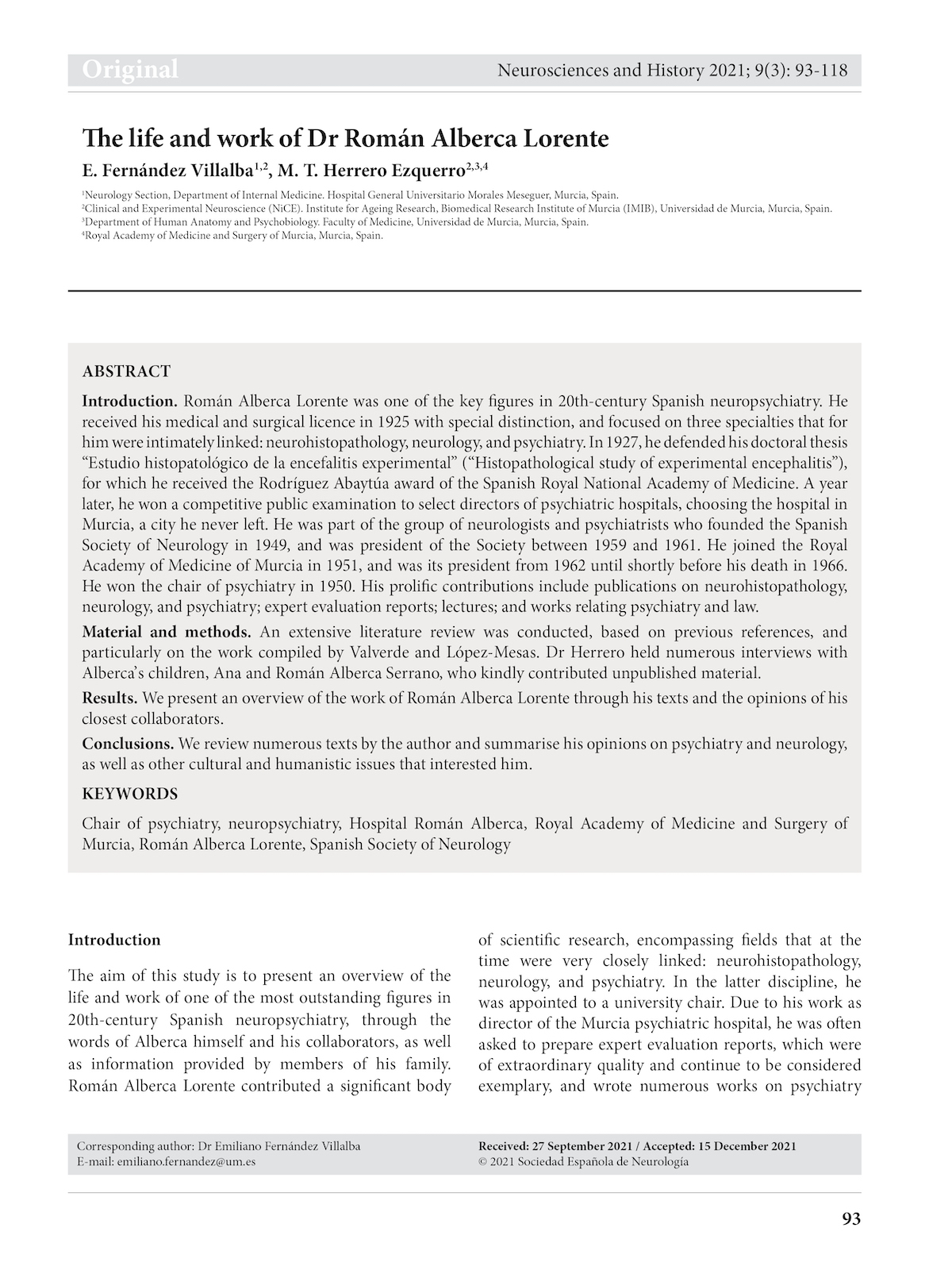 Introduction. Román Alberca Lorente was one of the key figures in 20th-century Spanish neuropsychiatry. He received his medical and surgical licence in 1925 with special distinction, and focused on three specialties that for him were intimately linked: neurohistopathology, neurology, and psychiatry. In 1927, he defended his doctoral thesis “Estudio histopatológico de la encefalitis experimental” (“Histopathological study of experimental encephalitis”), for which he received the Rodríguez Abaytúa award of the Spanish Royal National Academy of Medicine. A year later, he won a competitive public examination to select directors of psychiatric hospitals, choosing the hospital in Murcia, a city he never left. He was part of the group of neurologists and psychiatrists who founded the Spanish Society of Neurology in 1949, and was president of the Society between 1959 and 1961. He joined the Royal Academy of Medicine of Murcia in 1951, and was its president from 1962 until shortly before his death in 1966. He won the chair of psychiatry in 1950. His prolific contributions include publications on neurohistopathology, neurology, and psychiatry; expert evaluation reports; lectures; and works relating psychiatry and law.

Material and methods. An extensive literature review was conducted, based on previous references, and particularly on the work compiled by Valverde and López-Mesas. Dr Herrero held numerous interviews with Alberca’s children, Ana and Román Alberca Serrano, who kindly contributed unpublished material.

Results. We present an overview of the work of Román Alberca Lorente through his texts and the opinions of his closest collaborators.

Conclusions. We review numerous texts by the author and summarise his opinions on psychiatry and neurology, as well as other cultural and humanistic issues that interested him.